The Gathering Light of Epiphany 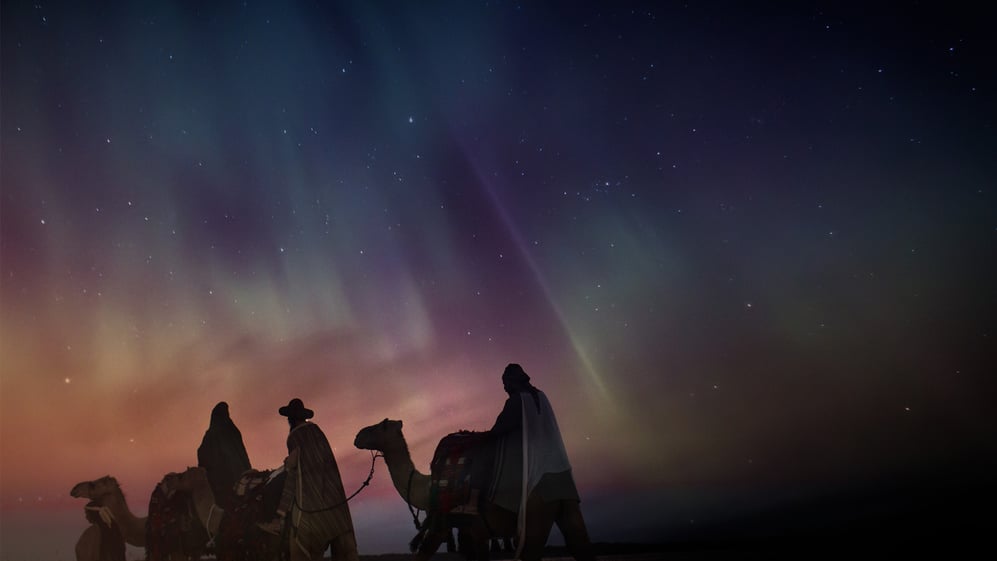 The season of Epiphany is one that often gets overlooked in the Church Year calendar. We’re on board for Advent and Lent, with many congregations meeting midweek to mark these penitential seasons.

Much like the seasons of Christmas and Easter, the season of Epiphany is sparked by a specific feast day that colors the rest of the season. On the Feast of Epiphany (January 6), we observe the Magi visiting Jesus and bringing Him the gifts of gold, frankincense, and myrrh.

This unexpected appearance by the Magi begins a season’s worth of epiphanies. The Gospel readings throughout the season shed more and more light upon who Jesus is, revealing His identity and power week by week. Let’s take a look at who Jesus is as revealed through the Gospel readings of the Epiphany season.

The Feast of the Epiphany
Matthew 2:1–12

Regardless of when it is observed, the Gospel for Epiphany shows us a glimpse of who Jesus is. He is the king of the Jews. This is revealed in a way we might consider most bizarre, in the stars of the heavens. But people from the East show up at Jesus’ door with extravagant gifts fit for a king—the king of the Jews.

Although Herod fails to kill young Jesus for being the king of the Jews, in fewer than three months, the Gospel will tell us of others who succeeded in killing Jesus for the same reason. The inscription Pilate writes and hangs above Jesus’ head on the cross to describe Jesus’ crime calls Him “the king of the Jews.”

The Baptism of Our Lord

As the Gospels tell about when Jesus is baptized in the Jordan by John, we learn a few things about Jesus. He is mightier than John (1:7). He will baptize with the Holy Spirit (1:8). The heavens are torn open and the Spirit descends on (or perhaps into) Jesus (1:10). And the Father’s voice proclaims Jesus as His beloved Son, with whom the Father is well pleased (1:11).

That’s a lot of new information: Jesus is the Spirit-filled, beloved Son of God, who will baptize with the Holy Spirit. He is mightier and greater than John. We can expect great things from Jesus.

Mark’s telling of the story is briefly interrupted so we can hear a bit from John’s perspective. In these verses, Jesus calls Philip and Nathanael to follow Him. We hear these two testify to more pieces of Jesus’ identity. Philip tells us (and Nathanael) that Jesus is “Him of whom Moses in the Law and also the prophets wrote” (1:44). Jesus is the fulfillment of Moses and the prophets. Nathanael tells us that Jesus is the Son of God and the King of Israel (1:49).

But in this section, Jesus also tells us something about Himself. He tells us that the disciples will see greater things to come. They will see heaven opened and the angels of God ascending and descending on the Son of Man (1:50–51). This text in particular not only shows us who Jesus is but also points us toward the Epiphany theme of more and more to be revealed.

Jesus Begins His Ministry and Calls the First Disciples Mark 1:14–20

In this section, Jesus begins His ministry. He does this by giving a brief sermon as He comes into Galilee: “The time is fulfilled, and the kingdom of God is at hand; repent and believe in the Gospel” (Mark 1:15). Jesus is a preacher who brings the reign and rule of God.

Jesus then calls on Simon, Andrew, James, and John to follow Him, telling them that He will teach them to become fishers of men. We see here that Jesus is gathering followers so that He can lead them and teach them. He is a rabbi recruiting disciples.

In this section, Jesus enters the synagogue at Capernaum and begins teaching with authority. He is then met by a man with an unclean spirit. The unclean spirit reveals a piece of Jesus’ identity: He is the holy one of God. Jesus casts the unclean spirit out of the man. Jesus shows that He has authority, both in His teaching and in His command over the spiritual realm. Throughout the Gospel of Mark, almost every time Jesus enters a new region, He is met by demonic forces and casts them out. He is not like other rabbis or like the scribes. He teaches and acts with authority.

In this section, Jesus heals Simon’s mother-in-law of a fever and heals many other people from Capernaum. He then goes throughout the region preaching, healing, and casting out demons. We see here that Jesus has authority not only over the spiritual realm but also over the physical realm. He can heal diseases of every kind.

Unlike Advent and Lent, Epiphany’s length is determined by the date of Easter. Since Ash Wednesday is forty days (minus Sundays) before Easter, the Season of Epiphany concludes the Sunday before Ash Wednesday. Regardless of the season’s length, the final Sunday in Epiphany is always the Transfiguration.

The Transfiguration of Our Lord

The Epiphany season has shed so much light on who Jesus is. All of this gathering light reaches a climactic moment in Jesus’ Transfiguration. Jesus takes Peter, James, and John up a high mountain; there, He is transfigured before them. His clothes shine as bright as lightning. Moses and Elijah appear, speaking with Jesus. And we once again hear the voice of God the Father, this time saying, “This is My beloved Son; listen to Him” (9:7). These words echo those heard at the Baptism of Jesus. Jesus is God’s beloved Son.

Jesus repeats the message from the previous chapter that He is going to die and rise again. He states this while charging Peter, James, and John not to speak of what they saw until after His resurrection.

The Season of Epiphany and the Church Year

In this way, the season of Epiphany stands perfectly between Christmas and Lent. Throughout Advent, we light candles as we prepare for Christ to come. On Christmas, we light the Christ candle to show that Christ, the light of the world, is now in the world. Throughout the season of Epiphany, more and more is revealed about who Jesus is. As the season closes, we are pointed to the way of the cross and the forthcoming empty tomb that we will walk through during Lent to get to Easter.

As you begin your Epiphany journey of light illuminating and enlightening the world, I hope you will see more and more of who Jesus is.

Plan your sermons for Epiphany by studying the Gospel of Mark with theological insights from a Concordia Commentary.