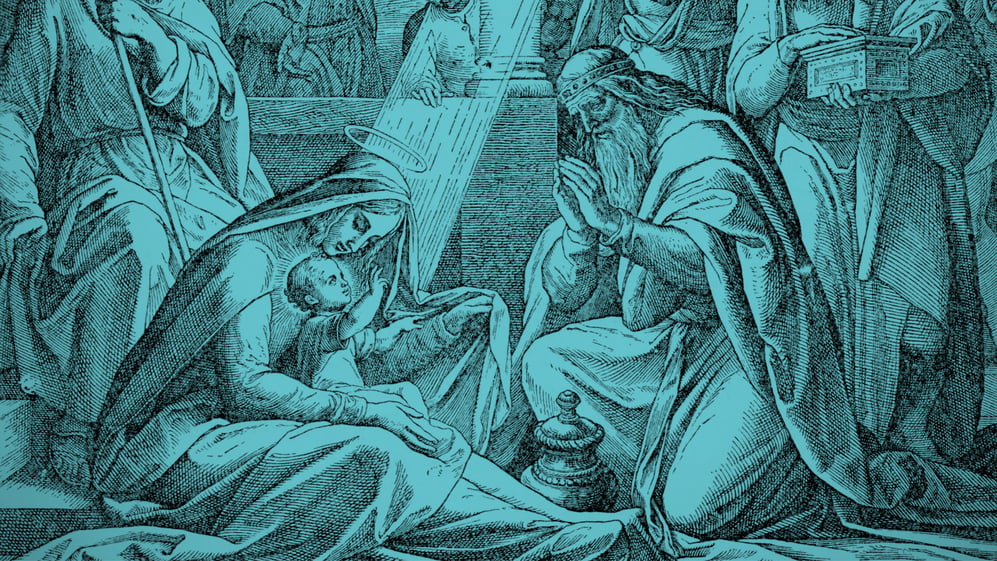 The season of Christmas is almost over, and Epiphany is right around the corner. To help set our minds on Christ, God’s plan for us, and all His gifts, we read an excerpt from the Matthew 1:1–11:1 Concordia Commentary below.

In many ways, all of Matthew 2 is a continuous narrative, with the contrasting figures of the two kings, Herod and Jesus, dominating the entire chapter. Matthew’s use of ἰδού, “look!” (2:1b and 2:9b), marks out a two-part structure for 2:1–12. An unspecified length of time has passed after the birth of Jesus, when—look!—Magi from the east appear in Jerusalem, inquiring about the location of the King of the Jews who had been born. There is a contrast between the seeking Magi and Herod and those under his direction, who were unaware of the birth and star until the Magi arrived. This is the contrast between knowledge and ignorance, faith and unbelief, truth and hypocrisy. The difference between the two kings in the narrative is equally stark. Herod is already king, for Matthew so names him in 2:1, 3, 9. His rule is typical of worldly despots; he governs by fear, deceit, and murder.

By contrast, the “King of the Jews who has been born” (2:2) is unknown, weak, in need of protection, even though his coming was prophesied in the [Old Testament]. The true King will be found in lowly Bethlehem, where David himself arose, and not in Jerusalem—the capital, where the religious leaders who have led Israel’s lost sheep astray and the false King Herod are found. After questioning the Magi, Herod succeeds in concealing from them his murderous intentions and sends them to find the precise location of the new Child-King. On the surface of the narrative, the powerful Herod seems to be in charge.

Off the Magi are going when—ἰδού, “look!”—God intervenes (2:9b). The star that the Magi had seen now reappears and guides them to the true King of the Jews. After they greet the King and offer appropriate royal gifts in an act of obeisance, the Magi apparently intend to return and report their experience to Herod. But no! God intervenes once again, and “warned in a dream” (2:12), the Magi depart by another way to their own country. Earlier through a message conveyed in a “dream” (1:20), God did not allow the well-meaning ignorance of Joseph to negate or contradict or even misunderstand the significance of Mary’s child (1:19–23). Just so, God will allow neither naiveté of the Magi nor the designs of “Herod the king” (2:1) to threaten or thwart his plan to save all people, both Jew and Gentile, through Mary’s child, the true King of the Jews, who fulfills God’s promise that all nations shall be blessed through Abraham’s Seed. As already exemplified by the women in Jesus’ genealogy, God works in unexpected and unknown ways—in Jesus, and in bringing others to the knowledge of Jesus.

The Magi bring gifts to the newborn King, and even here Matthew’s description reveals that the Magi have not fully understood the significance of the child to whom they are paying homage. The gold, frankincense, and myrrh are the sorts of gifts that one would expect a monarch to receive. But Jesus is not a normal monarch! Although the history of interpretation is marked with attempts to interpret symbolically the gifts of the Magi, the number and variety of those attempts shows that there is not enough data to support such symbolic interpretation. The best approach is simply to allow them to be “gifts fit for a king” that show the Magi’s genuine, yet limited, understanding and faith that God has sent a new king to his people Israel.

Can pious Joseph be expected to know God’s ways of salvation? No, God must send his angel to Joseph in a dream (1:18–25). Jerusalem with its chief priests and scribes should have expected the birth of the King of the Jews as prophesied in the [Old Testament], but those religious leaders are unaware of Jesus’ birth until Magi from the east arrive and announce it to them. Although the Magi were aware that the King has been born, they are unable to find him until they are guided by the Scriptures (2:6) and the star (2:9). Even then, the Magi unknowingly would have enabled Herod to kill the child if they had not been warned in a dream (2:12).

To read more of Matthew 1:1–11:1, purchase the Concordia Commentary below.