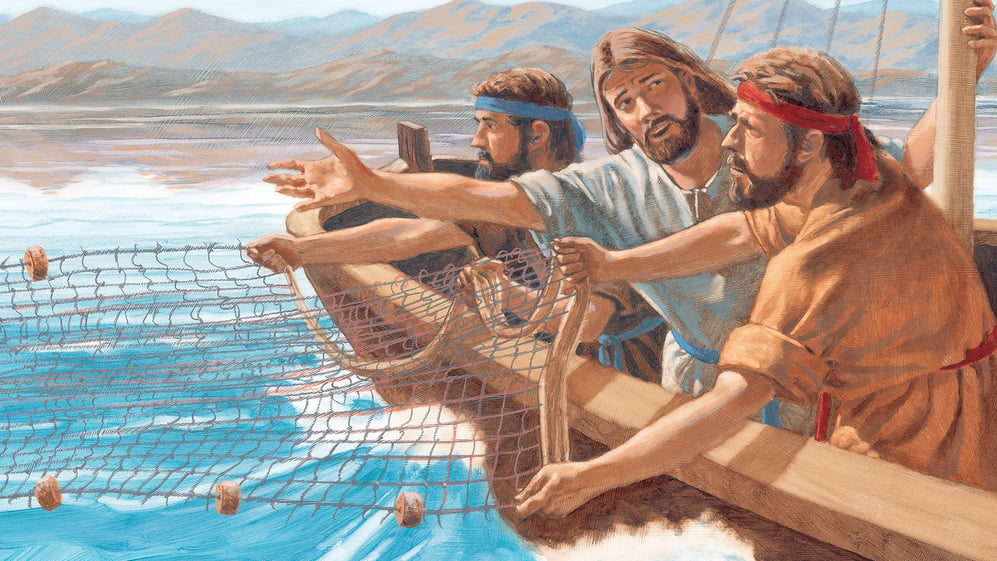 Beginning this month, I am pleased to share a few thoughts regarding our Lord’s twelve apostles and to suggest some ideas on how to present these important biblical figures to Sunday School students. Each blog will include an introduction to an apostle, as well as one or two key points and some teaching suggestions. Given that this is the first blog, I will also include here a couple of ideas on how to help students remember all twelve disciples over the course of the year.

“And He called to Him His twelve disciples and gave them authority over unclean spirits, to cast them out, and to heal every disease and every affliction. The names of the twelve apostles are these: first, Simon, who is called Peter, and Andrew his brother; James the son of Zebedee, and John his brother;  Philip and Bartholomew; Thomas and Matthew the tax collector; James the son of Alphaeus, and Thaddaeus; Simon the Zealot, and Judas Iscariot, who betrayed Him.”

What Do We Know about Peter?

Peter, One of Three

Peter was one of the three apostles who were closest to Jesus. The other two were James and John. Only these three were present with Jesus at His transfiguration (Matthew 17:1; Mark 9:2), and during our Lord’s time of troubled prayer in the Garden of Gethsemane (Matthew 26:37; Mark 14:33). While it’s important not to suggest that Jesus loved Peter more than the other apostles, or that Peter was less sinful than the others, we can gather that Peter shared more of our Lord’s ministry than almost anyone else, being present for some very significant parts. Students will benefit from understanding that Jesus chose Peter for these important events in His ministry, even though Peter would later deny Him three times. Like Peter, students can know that Jesus uses them for His ministry, even though they, too, are sinful.

What’s more, although Jesus did elect Peter for special events, our Lord called all twelve disciples His friends. “No longer do I call you servants, for the servant does not know what his master is doing; but I have called you friends, for all that I have heard from My Father I have made known to you.” (John 15:15) Stress with students how in Christ, God has made us all His friends. Although we also think of God as our heavenly Father, Lord, and Savior, there is great comfort in the intimacy of such a loyal Friend.

Denial and Restoration—Sin and Forgiveness

When we study Peter, we also remember his threefold denial of Christ in Matthew 26:69–75. This account is especially sobering to us because Jesus predicted it to Peter (John 13:38). What’s more, Peter promised vehemently that he would never deny Jesus, swearing to accompany the Lord into prison and even to death (Luke 22:33). But when the time came for our Savior to suffer, Peter denied even knowing Jesus.

Notice that Jesus addresses Peter three times, the same number of times Peter denied Him. Our Lord may have been reminding Peter of his betrayal. More important, this parallel helps students to understand that Jesus’ threefold command to Peter signifies that Christ’s words bring full forgiveness. Peter’s sin is completely removed. Ask students to consider which sins they commit most often. Help them to understand that Jesus not only forgives even the most wicked sins but He also forgives us no matter how many times we sin.

Teaching the Twelve through the Year

Many day school classrooms feature bulletin boards with pictures of the presidents of the United States. Create a similar display of the apostles for the Sunday School teaching space. Place twelve empty frames on the bulletin board, and each session, add an image with some key points about that disciple and a Bible verse which highlights his ministry. After a few months, create a list of Bible passages you have used to teach about the apostles. Read the passages one by one, challenging students to guess which apostle each verse is associated with. Cut the printed verses into strips ahead of time, and allow students to pin each verse to the appropriate picture.

Use Arch Books to teach students about the Twelve Apostles.