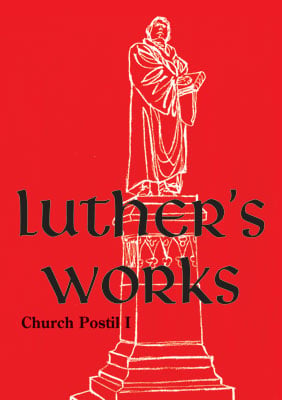 The first volume of Luther’s Church Postil (LW 75, sermons for the church year) is out, and I hope you’ve been enjoying it. Recently, I’ve had the pleasure of reviewing the next volume of the Church Postil, and as I did so, I became very aware of Luther’s preaching style. Luther’s preaching was popular at his time, but why? I think readers of these sermons and all preachers can benefit by understanding the basic structure of how Luther preaches.

A final thought about Luther’s preaching: The reformer studied and prepared for his preaching, but he did not preach from a manuscript. Instead, he usually preached from a brief outline or notes. Stenographers recorded his sermons, and then sometimes these shorthand, Latin-German notes were filled out and put into print. For an excellent example of how Luther’s preaching went from an outline to stenographer’s notes to print, see LW 69:373–401.