The Integrity and Authenticity of the Book of Micah 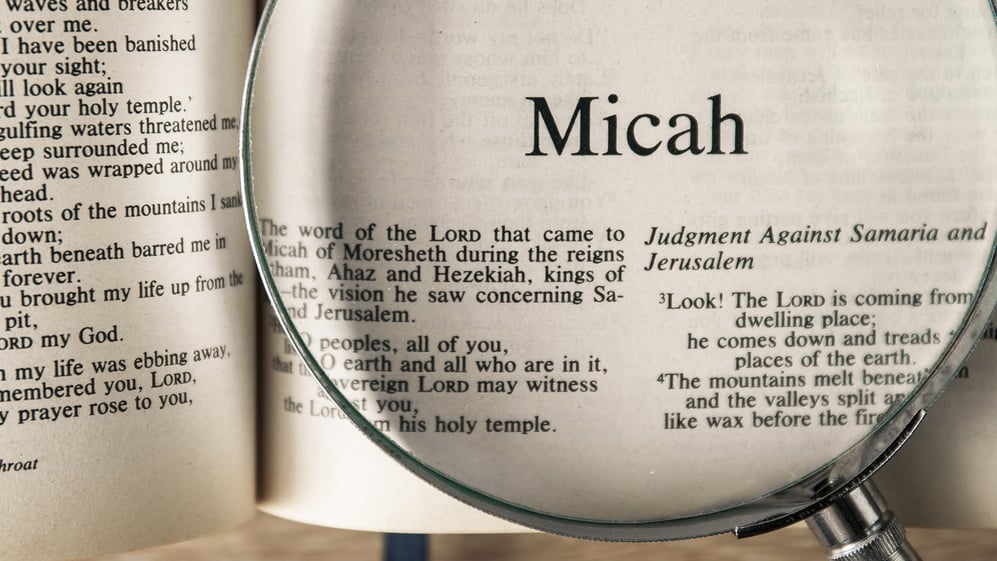 This is an adapted excerpt from the Concordia Commentary on Micah by Jason R Soenkensen.

Up until the late nineteenth century, the book of Micah was regarded as the work of the prophet Micah of the eighth century BC. Jeppesen surveys the progression of critical views on the book in detail, but included here are a few highlights. In his second edition of Die Propheten des Alten Bundes, Ewald estimated that chapters 6–7 did not come from the prophet Micah. In an 1881 article, Stade theorized an even smaller corpus of genuine material; it included chapters 1–3 with the exception of 2:12–13.25 Marti affirmed the positions of his predecessors but further limited the corpus of Micah’s material, excluding 1:2–5a, 7, 10–15; 2:5; and 3:3b.

More modern scholarship has largely grouped what it views as later material (chapters 4–7) into blocks, generally ranging in date from the late exilic to the early postexilic periods. The material is regarded by many as added in chronological order (with exceptions within due to redaction) so that the reader moves through time while reading from chapters 4–7. Jeremias groups chapters 4–7 into three sections: Chapters 4–5 assume the destruction of Jerusalem by the Babylonians. Another block of material consists of 6:1–7:7. Jeremias argues that this section is an independent reaction to Micah 1–3. The last post-Micah addition to the book, 7:8–20, shows particular connections to chapters 4–5 and to 6:1–7:7.27 Of the material in chapters 4–7, 7:8–20 is the most likely to be regarded as a later addition by those who generally regard the book as the authentic work of Micah, that is, the direct work of the prophet Micah.

However, not all modern scholarship adheres to these assumptions. Smith-Christopher questions the entrenched view that the vision of the mountain of Yahweh’s temple (4:1–5) presents a prophecy that is incompatible with the judgment that precedes it in 3:12. Sweeney sees authentic material in chapters 4–7, albeit material that has been redacted. Rudolph regards most of the book as the authentic work of Micah, with the noteworthy exceptions of 4:1–4 and 7:8–20. Allen sees only 7:8–20 as inauthentic. Hillers sees the book as arising mostly out of Micah’s situation, a prophet whom he regards as part of “a movement of ‘revitalization.’ ” Waltke finds no reason to deny the authenticity of anything within the book.

One reason for the presumption that chapters 4–7 come from later hands is that these chapters proclaim a message of hope that is not found in chapters 1–3. It is regarded by some as impossible that the same prophet who proclaimed the destruction of the temple in 3:12 would also promise an exalted temple (4:1). The threat of exile in Babylon (4:10), which was not a threat to Jerusalem in Micah’s lifetime, is generally regarded as a vaticinium ex eventu, a prophecy after the fact, attempting to make sense of Yahweh’s intervention in Israel’s history. Similarly, the book’s promise that Yahweh would gather those who are scattered in exile (2:12–13; 4:6–7; 7:12) is regarded by many interpreters as a prophecy made by other voices after the Babylonian exile had already taken place.

The assumptions behind the late dating of chapters 4–7 are based not only on theological assumptions about prophecy but also on linguistic evidence. Critical commentators point out that words, phrases, and themes from chapters 4–7 are frequent in later prophecy (either that which claims to be exilic or postexilic or that which critical consensus has assigned to the exilic or postexilic periods). Examples of this are mentioned throughout this commentary, but can be found in their “native habitat” in Kessler, Jeremias, Willi-Plein, and Zapff, to name just a few. The frequent changes of perspective—evidenced by changes of subject; of person, gender, and number in verbs; and of pronominal suffixes on nouns—are often viewed as evidence of redaction in the text. The assumption that Micah, or any prophet, could not proclaim both judgment and grace has been challenged by some scholars even within the historical-critical academic community.

The assumption that the book has been redacted to a lesser or greater degree is an established part of most critical scholarship of the book. However, the fruits of such careful study of the book, though used for different purposes, have nevertheless brought to light many internal links within the book. Kessler in particular, though arguing from a redaction-critical point of view, provides abundant evidence of the links, the back-referencing that is present in the book. While these connections are thought to show the effort of redactors to respond to the first three chapters of the book, especially to 3:12, the threat of Jerusalem’s destruction, the study of such links raises the question of how to interpret the evidence. As Andersen and Freedman point out, it is more likely that the coherence of the book of Micah is due to an original author than that it is due to many redactors. The abrupt switches of subject; of person, gender, and number in verbs; and of pronominal suffixes may plausibly have other explanations than those supplied by redaction criticism. The subtlety of Micah’s rhetoric should not be underestimated. In most cases, a close reading of the text provides an adequate, or at least plausible, answer to the reasons for the shifts. In conclusion, there is no compelling reason why Micah could not have authored the whole book.

Read the latest Concordia Commentary and discover more about this minor prophet.