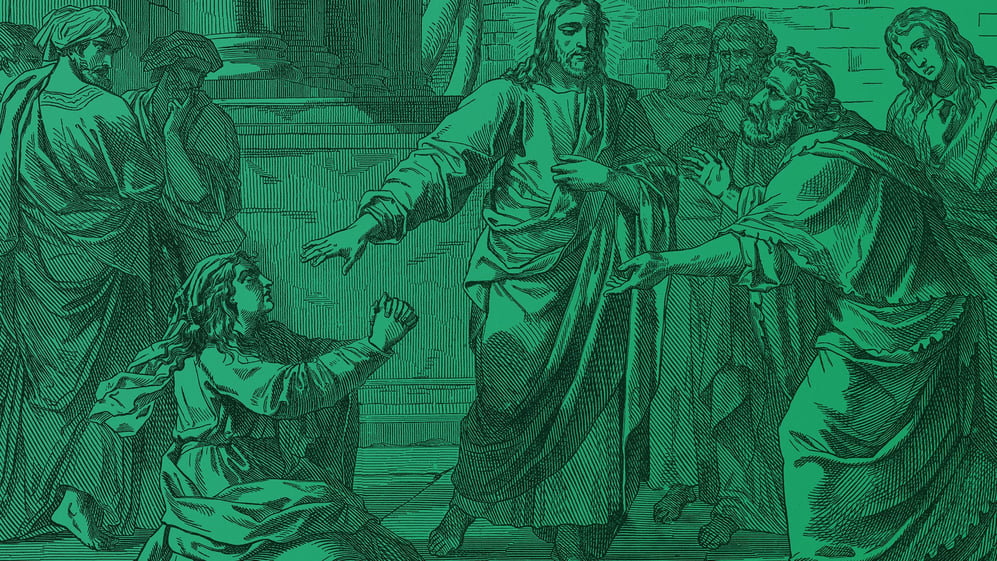 The Gospel reading of Matthew 15:21–28 shares how God's salvation plan is unlimited. Although the Gospel is primarily for the Jews, it is also for the Gentiles. Through the confession of sins and belief in the saving work of God’s son, Jesus Christ, both Jews and Gentiles receive His gift of salvation.

After Jesus manifests His divinity by walking on the water of the Sea of Galilee, the Pharisees and teachers of the law inquire as to why our Lord’s disciples ignore the traditions of the elders by eating with unwashed hands. In this context, Jesus addresses their hypocrisy, spiritual blindness, lukewarm hearts, and vain adherence to the Law. This weekend’s reading from the Old Testament, Isaiah 56:1, 6–8, echoes this notion that those who “keep justice,” “do righteousness,” “keep the Sabbath,” and “hold fast my covenant” will be acceptable to the Lord. In other words, our love for the Lord must be genuine, not merely perfunctory.

This becomes important when Jesus encounters the Canaanite woman with the demon-possessed daughter. While the Jews presume that this woman is unacceptable to the Lord because of her her Gentile heritage, Jesus acknowledges her faith and heals her daughter. This event is a fulfillment of Isaiah: righteousness comes from the Lord and is manifested in love and obedience. The Gospel is first for the Jew, but also the Gentile, the people “besides those already gathered.”

Yet, as the apostle Paul explains, the Jews are not cast off. Indeed, the Gentiles facilitate the Lord’s work of calling His chosen people to Himself. Paul’s fervent prayer is that bringing Christ to the Gentiles will serve “somehow to make my fellow Jews jealous, and thus save some of them.” God works His plan through both groups—salvation comes from the Jews in Christ and returns to them through the Gentiles.

Although the Canaanite woman comes to Jesus in humility, she speaks assertively, saying, “have mercy on me,” from ἐλέησόν με. She seems to presume to command Jesus. She is certain not only of His divine power but also His merciful willingness to use that power to help her. Naturally, this sure faith is worked by the Holy Spirit, as Jesus comments, “you have great faith!” Interestingly, she calls Jesus “Son of David,” an appellation we would expect from the Jews, not a Gentile. Her address suggests she understands the Old Testament prophecy, which so many Jews of the flesh did not.

Consider Jesus’ parable of the rich man and Lazarus. He notes that Lazarus spends his days outside the rich man’s gate, covered with sores, and wishing merely to eat what falls from his wealthy counterpart’s table. The Greek for sores, ἑλκόω, relates to ulceration that produce pus and would no doubt render one unclean. If the Jews are represented by the rich man, and the Gentiles by Lazarus, Jesus’ comparison of the Gospel to children’s bread is amplified. The Jews, rich with God’s favor and feasting on the bread of the Promised Messiah, share only crumbs with the Gentiles, who are spiritually covered with Lazarus’ unclean sores. While many Jews will suffer in anguish, the Gentiles will be taken to Abraham’s side. One wonders if the Canaanite woman made this connection.

Although it is possible that the disciples shunned the woman because of her annoying cries, we might also assume they disdained her gender, her status as a Gentile, and her demon-possessed daughter. Woman had little standing in a society that needed men to serve as intermediaries in legal and spiritual matters. Since she was a Gentile, the Jews saw her as not only unsaved but also unworthy of salvation, while they viewed themselves as worthy. Finally, the Jews assumed that calamity in life, such as a demon-possessed child, was divine punishment for individual sin, as opposed to corporate culpability. If these beliefs were among the reasons for shunning the Canaanite woman, they reflect an egregious self-righteousness on the part of the disciples present.

The Gospel is expressed directly to the woman as the Lord acknowledges her faith and heals her daughter. He forgives the woman’s since through her faith rather than through Jewish heredity. Indirectly, the Lord also shows mercy to the Jews present. Jesus’ remark, “I was sent only to the lost sheep of the house of Israel,” is also intended for the Jewish disciples, not for the woman only. The Jews must understand two things: 1) without Christ, they are the lost, unsaved sheep of Israel;  2) salvation through faith is for them just as it is for the woman. Although these words are more an action of the Law to convict the heart, Jesus’ desire is to move His disciples to the Gospel.

It is also worth noting that Luther’s original baptismal rite of 1523 is expressed as an exorcism. We connect this to Jesus’ act of healing the woman’s demon-possessed daughter. Jesus removes the demon so that the Spirit can enter. In doing so, the Lord brings her into the true house of Israel, through the gate, to the table where the Bread of Life is served.

To read more in-depth commentary on the Book of Matthew, purchase the Concordia Commentary below.