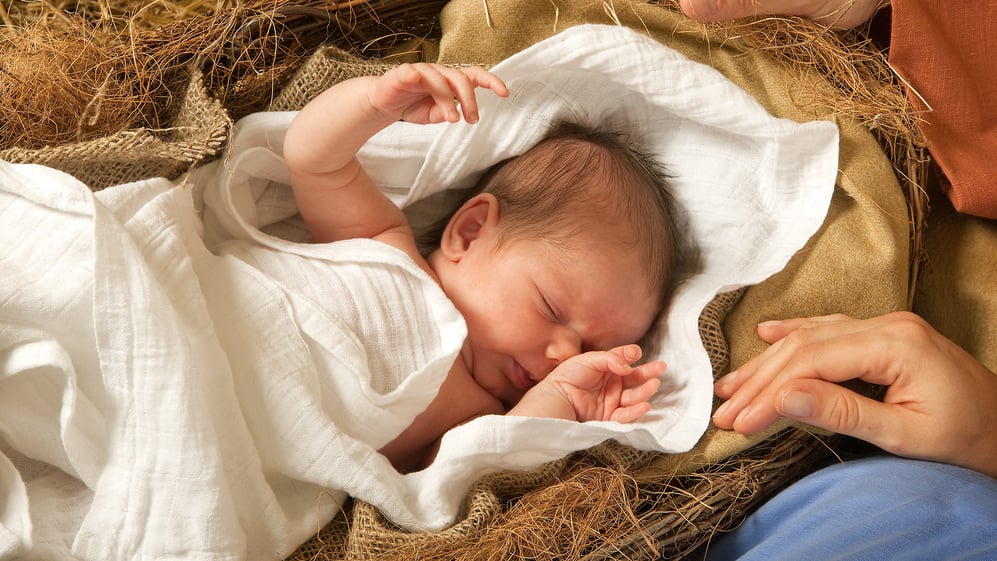 6. For to us a Child is born. Here you see the prophet speaking about the kingdom of peace, because he boasts about a Child born and a Son given, who will be the Head and King of this kingdom. And therefore it will be a kingdom of peace, not of strife. All these words are strong and intense. Above he spoke of the greatest affliction, of darkness and the shadow of death. Likewise of the Law, of sin, and of death, the most oppressive tyrants. Against them he now places the King born and given to us, who is to set us free from them and implant us into His peaceful and happy reign. He now proceeds to explain what kind of reign that is.

And the government was made. Verbs of the past tense are to be  interpreted in the present tense. Instead of “was made” we shall have “is.” Some explain this as meaning that Christ has conquered the world through the cross. Others set this passage over against those above by way of antithesis: On this Child no yoke and rod will be imposed, because He is without sin, but government and freedom will be His. We explain it in this way: The government of Christ are we, whom He carries on His shoulders. Other kings are carried like rods by their subjects. All kingdoms of the world are carried and are burdens on our neck, and they reduce bodies and possessions to slavery. Therefore in the manner of ruling in the kingdom of the world and in that of Christ there is a difference. In the kingdom of the world the prince or king alone is free, all others are servants. But in Christ’s kingdom Christ alone is a servant, and we are free. Moses says in Deut. 32:11: “Like an eagle, etc.,” and it bore them “on its pinions.” So to the present day it is with Christ, once for all, however, in His cross and death. He commanded His ministers and all His members to bear one another. He Himself is the Cornerstone and the Foundation. Thus in the kingdom of Christ those who serve rule, and those who rule serve.

The Names of Christ

And His name will be called Wonderful. The kingdom of Christ is beyond grasp, reason, and experience. Here the flesh must be put to death with all its wisdom and judgment, and it must be grasped only by faith. We must believe that Christ’s righteousness is ours. Reason wants to lean only on its own righteousness, not on someone else's. We believe life, glory, righteousness, and peace but on the contrary feel death, shame, sin, and trouble.

Counselor. Lest we come short in the matter of faith He gives us counsel, that is, the Word, so that we may abide in so wonderful a government of His kingdom. This is truly not a simple word, but it is a word that is able to save in dangers.

God … that is, strong, Power. Here it is not the Person or nature of this king that is depicted but only His wonderful government of the kingdom. Therefore He has counsel, He has full power, He can come to the aid of the weary and those spent by trials.

Mighty … that is, powerful. He gives the strength to triumph through the word and the Holy Spirit. It also signifies the strength and substance by which we support ourselves. … So Christ both preserves His own and overthrows the enemies, even though the opposite may seem to be the case.

Everlasting Father. This, then, indicates the work and business of this King, not His Person. This name fits no one else. He always increases His reign, He always begets children and rules over them, He always remains the Father, he does not assume the role of tyrant, His children are always His beloved. This is beyond question the most delightful kingdom.

Prince of Peace. In the kingdom of Christ there is grace, comfort, forgiveness of sins, joy, peace. He does not deal with the transgressor in sternness, but as a father. The forgiveness of sins is justification, and peace follows justification. This peace is not only peace of mind but also plenty of soundness of mind and good health of the body. Such is the reign of Christ: It is extended by killing, it is fertilized by the blood of the believers; and the more distress there is, the more peace grows in the heart.

Christ’s Reign in Comparison to David’s

7. Upon the throne of David. There will be that abundance of peace and eternity of reign which denotes the resurrection of the dead. David ruled on earth, and his kingdom was no different from others except that it was divinely established over the people of God, and yet the people were mortal men. Therefore David's reign over the Jews was physical, but at length Christ has begun the spiritual reign over the people which will last forever. Hence there will be a resurrection of the dead. Christ is indeed a King different from David, and the government of his kingdom is different, and yet it is a reign over the same people. To believe in life everlasting is the last article and the greatest. However, Christ prepares, establishes, and strengthens this kingdom in the world through the Word and faith, and He does this in a hidden way.

With justice and with righteousness. Justice is that part of the Law which condemns. Righteousness is that part which absolves. In the kingdom of Christ the ungodly are condemned, the godly are justified, saved, and set free from sin and death. A happy reign in which mercy flourishes.

The zeal of the Lord. Zeal is loved mixed with hatred, or angry love, or the anger of love. Therefore, while God loves us, He is angry with our enemies, sin, death, Satan, so that He can more abundantly practice His love toward us. Here is nothing but mercy, yet surprising to no one.

Continue reading Luther's interpretations on Isaiah by ordering his book below.