Luther’s Teaching on Law and Sin 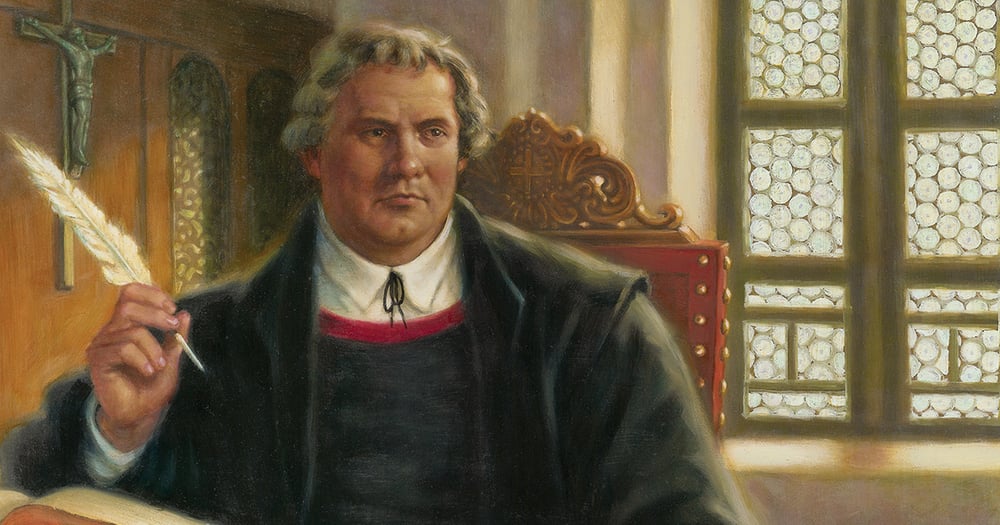 Martin Luther was a phenomenal theologian. He wrote many theses during his lifetime, and he also presided over and responded to many of the academic disputations of others in order to discuss their points and validity. A new edition of Luther’s Works, Volume 73 on disputations, dives more deeply into Luther’s arguments from December 1537 to July 1545. Read an excerpt below from the newest volume concerning arguments on Law and sin.

The Law Should Continue to be Taught

Response: Both propositions are false since we also teach and learn what we know. Because memory is unreliable even for the best-trained artisans, even the most learned have to go back to the same books to learn. Indeed, they learn more than anyone else and are constantly learning, as we can see in the greatest geniuses, who never rest. Furthermore, the Law of God is not so well-known that there is no need for us to be taught or warned about it—otherwise it would not have been necessary to give the Law and send Moses; nor do we know as much about the Law as God would wish. For who is there who ever knew how great sin really is and what an enormous evil? Or, likewise, disobedience, hatred, anger, greed, fornication, not to mention the sins of the First Table? For we are so corrupted by original sin that [by ourselves] we are unable to discern the magnitude of our sin. For our flesh, the devil, and the world are at hand, who persuade us otherwise and obscure the Law of God written on our minds [cf. Rom. 2:15].

Here, therefore, it is necessary always to be admonished, lest we forget God’s commandment, especially since the Law of God is the highest wisdom and the infinite source, origin, and wellspring of all virtues and disciples toward God and human beings, because sin is infinite. Up till now, no theologian or jurist has been found who could say or adequately express how great an evil passion and greed are. If there are people who truly feel sin, like David, they are truly in hell and dwell at the portals of death, as the psalm says, “The terrors of hell have come upon me” [Ps. 18:4].

The Law Should Be Taught to All

[The Law is to be taught] to the godly, that they may be admonished to crucify their flesh with its passions and desires, that they may not become secure [Gal. 5:24].

The Law is not laid down for the righteous [1 Tim. 1:9]. Therefore, the Law is not to be preached to the godly.

Response: This proposition is aimed directly against the Antinomians because it clearly says that the Law is to be taught in the Church, not removed, when it says: “but for the unrighteous, for murderers, for those who kill their fathers and their mothers, and for sinners,” etc. [1 Tim. 1:9–10]. For there are always such people, and they are found in the Church. Therefore, the Law is not given for the righteous, that is, insofar as they are righteous. This is why the Law is “laid down” and not “laid down.” Insofar as a person is righteous, the Law has been abolished. Insofar as people are sinners, the Law remains. Whoever knows how to distinguish these properly is a good theologian.

In view of Christ our Lord and the forgiveness of sins in Christ, we are truly holy, pure, and righteous—just like Gabriel himself in heaven—by faith and are truly set in the heavenly places with Christ [Eph. 2:6]. But with respect to myself and my flesh, I am a sinner. However, just as there I become lord of all, and now in the kingdom with Christ I am above the Law, death, and the devil, so here I become a servant of all and a soldier of Christ against sin and all evil lusts, as Christ says [John 5:14]: “Go, sin no more, that nothing worse may happen to you.”

The Double Death: Sin and Nature

Eternal death is the penalty for our remaining sin since it is eternal anger against God. Therefore, sin remains and is not abolished in death.

Dr. Martin Luther: The argument is this: The dead are justified from sin. Judas, Nero, Caligula, Diocletian are dead. Therefore, all these and others—beasts rather than men—are justified as well.

I respond to the major premise, which needs to be distinguished, as mentioned above: To be dead and to die to sin is a Pauline expression for fighting against sin and not letting it rule in us. And this happens not only in one member but in all so that now the heart, eyes, hands, tongue, and feet function differently than before and serve Christ the Lord, not sin, and thus immediately become holier and better day by day. But because this nature is totally infected by the devil, we have no hope of being completely free from sin before the body is covered with earth and consumed by worms. There is, therefore, a double death in Paul: to die to sin or to the world, and to die to nature. The ungodly die to nature also, no matter how great they are, but the godly also die in this life to sin, that is, to the world with all its evil lusts. Paul elsewhere calls this mortifying and crucifying his flesh, as he says to the Ephesians: “Let the thief no longer steal” [Eph. 4:28]. But such a death on the part of Christians is not seen. For it is hidden in Christ, where there is neither male nor female (Galatians 3 [:28]). But meanwhile, as long as this life lasts, we must constantly struggle here against the sins that remain in the flesh. Since they cannot be completely abolished, it is necessary to retain the Law to keep the flesh in submission.

To read more of Luther's disputations, order Volume 73 below.