Composer of the Month: Fridrich Layriz 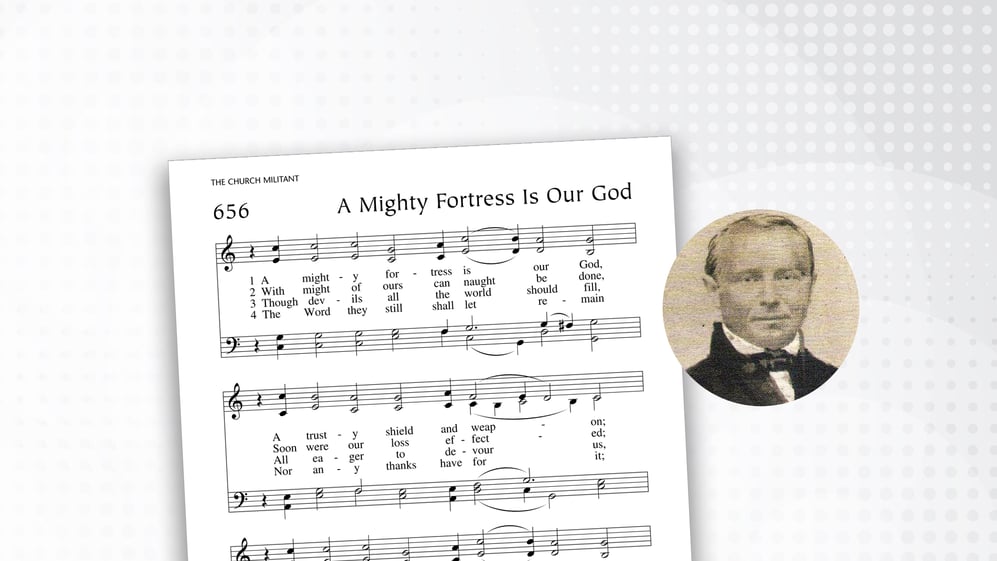 Have you ever wondered why some hymns in Lutheran Service Book have more than one setting? To the untrained ear, the spacing and notes may seem almost identical, but to a seasoned musician, one tweak can make all the difference. Fridrich Layriz (pronounced LIE-ritz) supported the use of traditional rhythmic settings for hymns, and his work was influential, especially for The Lutheran Church—Missouri Synod and its music.

Fridrich Layriz was born in 1808 in Nemmersdorf, a town in the south-central German region of Franconia. He began studying Lutheran theology at a young age and earned a doctorate degree at the University of Leipzig when he was only 21. He began teaching theology at the University of Erlangen just four years later and was eventually ordained in 1837. He died when he was only 51 years old, in 1859.

In addition to being a pastor and theologian, Layriz was a learned musician. He spent many of his pastoral years publishing works on hymnological reform; he was an advocate for returning to the traditional rhythmic form of Lutheran chorales that had become less common during the ages of Pietism and the Enlightenment.

Along with pushing for the return of rhythmic chorales, Layriz wanted churches to sing the original texts of hymns that had been altered to fit the isorhythmic tunes. He also defended the use of the traditional Lutheran liturgy in the Divine Service.

Layriz wrote about the importance of these returns to Lutheran hymnological tradition, but he also wrote four-part settings to various rhythmic chorales for churches to use. These compositions were effective, and thirty-six of his settings appear in Lutheran Service Book.

Since Layriz’s work coincided chronologically with the Saxon immigration of Lutherans from Germany to America, his impact on the The Lutheran Church—Missouri Synod is especially lasting. Lutherans in America put into practice both his ideas about Lutheran hymnody and his chorale settings.

The distinction between singing hymns in their original rhythmic setting or an updated isorhythmic setting can still be found in Lutheran churches and hymnals today. Perhaps the most well-known case of this are the two different tonal versions of the hymn “A Mighty Fortress Is Our God,” set to the tune EIN FESTE BURG.

In Lutheran Service Book 656, “A Mighty Fortress” is found in its original rhythmic setting. Simply put, this means the melody alternates between longer and shorter note values. The quarter notes before the half notes in the melody create a syncopated and decidedly more peppy or buoyant character.

In Lutheran Service Book 657, “A Mighty Fortress” is found in an isorhythmic setting. The melody is altered to eliminate rhythmic syncopation, creating a more smooth and savory character. Both versions are well-known in different pockets of Lutheranism, hence its twofold appearance in our hymnals.

The difference in the two versions of ES IST EIN ROS can be found in the first two phrases of the melody. In Lutheran Service Book 359, the alternation between quarter notes and half notes again creates syncopation and puts stress on different beats of the melody, whereas in Lutheran Service Book 383, the succession of quarter notes evens out the tune, making it more predictable, but less unique.

The tendency to sing chorales in isorhythmic fashion that Layriz fought was done mostly for the sake of ease of singing. But, in returning to the original, rhythmic forms of Lutheran chorales, Layriz not only encouraged Lutherans to embrace their hymnological roots but also revived the character of many Reformation-era hymn tunes.

Although many congregations through the years have grown used to singing chorales in isorhythmic settings, learning a rhythmic tune, while challenging, can be rewarding. It encourages musicianship because it requires the ability to identify rhythmic syncopation, either by reading the music from the page or listening to it being played or sung, but it also connects the church today with the church that first sang so many hymns that are still beloved.