How Worship Rites Changed during the Reformation

The Reformers sought not to overthrow existing church traditions but rather to bring them back to their pure states. As a result, the orders of worship Lutheran churches use today are strikingly similar to the ones Roman Catholic churches use. Here’s an overview of how worship changed during the Reformation, and why and how the Reformers did it. This post is adapted from Lutheranism 101: Worship by Thomas M. Winger.

Medieval Times: The Good and the Bad

In New Testament times, Greek was the Roman Empire’s common language. Latin was a local language in Italy. As Rome became the leading Christian city, the Western rite moved out of Greek and into Latin. The Roman Church developed common texts in Latin, such as prayers for each Sunday and festival of the Church Year (Collects and Proper Prefaces). Standard Scripture readings were appointed (the lectionary) as well, and an unaccompanied style of music called plainsong developed that would be universal for a thousand years.

Of course, not all was rosy! Fixed in ancient Latin, the liturgy was eventually understood only by scholars. The priests hurriedly muttered their parts, while the choir sang most of the canticles and hymns alone. The common people felt cut off from the service. They began to express their piety mostly outside the service in community festivals and guilds.

Because priests were often poorly educated, sermons became rare, and there were theological problems that affected the liturgy. The Lord’s Supper came to be viewed as a sacrifice offered by the people to God. Lay people began to receive only the bread (Christ’s body), while only the priests took the chalice (Christ’s blood). Sometimes the laity didn’t commune at all, but merely adored consecrated bread on a side altar. And because of the new idea of purgatory, priests spent hours offering “private masses” for the sake of the dead. The liturgy was ripe for reform.

The Reformers wanted to conserve what was good about the Medieval Church, not throw it all out and start from scratch. This was how they approached the liturgy. They changed only what needed to be changed and kept what was good and wholesome.

In 1523, Luther provided guidelines for bishops to reform the traditional Latin Mass in their territory. It may surprise us that he wanted to keep the rite mostly in Latin . . . for the sake of the children! After all, Latin was at the heart of their education. But he wanted the Scripture readings, a sermon, and some hymns in German.

Three years later, Luther prepared a fully German order of service. Instead of just translating the Latin canticles (such as the Sanctus) into German, he used newly written hymns based on the canticles (e.g., LSB 960). This “German Mass” was popular in village churches without good schools. For hundreds of years, the Latin and German orders were used side by side among Lutherans. Our services today take the best from both traditions—in English, of course!

According to the Gospel

But how did Luther reform the rite? He decided what was problematic by holding up the Gospel—justification by grace through faith on account of Christ alone—as a bright light to examine the Western rite. The most significant corruptions that he wanted to remove were the following:

The most significant change, therefore, came at the point of the Lord’s Supper. He completely removed the offertory prayers and the priest’s prayer, called the “canon of the Mass,” because they turned the Sacrament into a sacrifice. He replaced them with a sung proclamation of Christ’s Words of Institution at the conclusion of the Preface.

Luther kept nearly everything else from the traditional Western rite. He believed that the classic songs of the liturgy such as the Agnus Dei beautifully proclaimed the Gospel. He wanted the people to hear the Scriptures and sing hymns in their own language. But, otherwise, he kept the normal rite and ceremonies, with comments on how the Gospel could be more clearly taught.

Learn more about how Christian worship rites have changed through the ages. 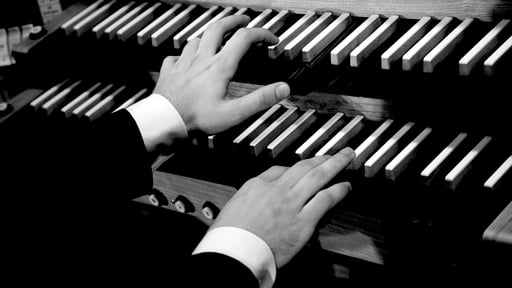 Music Evolving through the Reformation

Lutheran hymns evolved through the Reformation and into the modern day. Read about these changes and famous composers that shaped Lutheran... 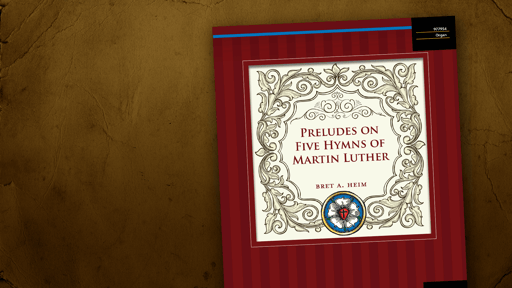 Music of the Month: Preludes on Five Hymns of Martin Luther

Do you know the history of Martin Luther and his hymns? Discover the origins of five of his greatest hymns for Reformation, Lent, Advent,...

The Importance of Movement in the Divine Service

Movement is natural to human nature. As we move, we build habits and establish respect for routine. This is especially true in the Divine...