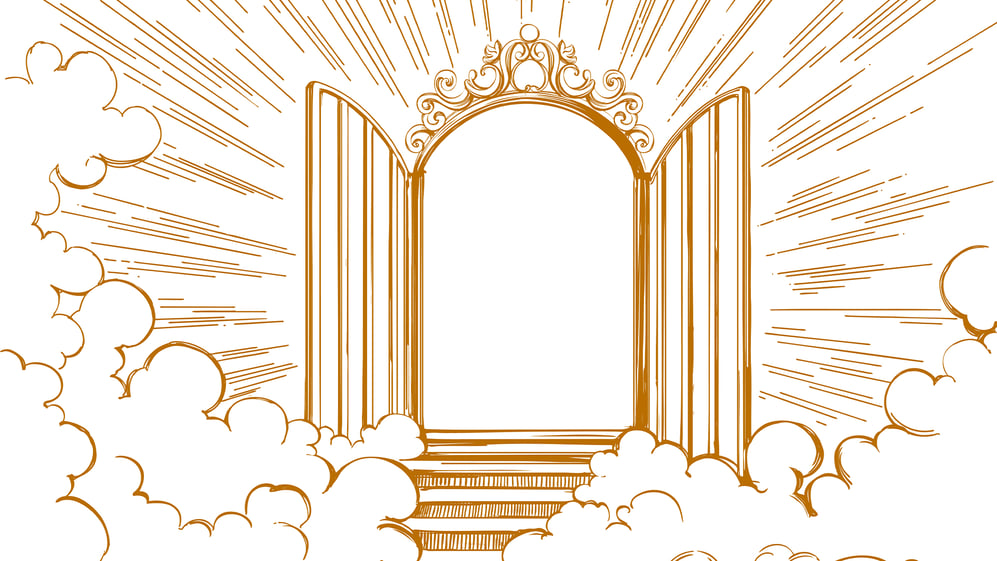 Theologians throughout the ages have had many theories and thoughts on eternal life. In this excerpt from On Eternal Life, read Johann Gerhard’s thoughts on the matter of heaven and eternal life.

What eternal life is can be known generally and enigmatically from the revelation of the Word, namely, that it is the most blessed and happy state of the godly into which they will be translated after this life, where they will see God face to face, where they will be free of all trouble, and where they will live in eternal gladness and glory and indescribable happiness. However, in the weakness of this life no one can know this specifically and exactly because “no eye has seen nor ear heard nor the heart of man conceived what God has prepared for those who love Him” (Isa. 64:4; 1 Cor. 2:9). Still, this description of eternal life, such as it is, will become clearer once we have considered the causes of eternal life, especially its formal cause, in light of the Word. . . .

The opinions of theologians vary as regards what the heaven of the blessed is. Some think that in this mortality and weakness of a not-yet-glorified intellect nothing can or should be defined for certain about it since the glory of the blessed is constituted in such a way that it has not ascended into the heart of any; since the nature and quality of this heaven have not been clearly and expressly defined in Scripture; since it is not the business of our frailty to uncover the secrets of heaven; since it is better to be concerned about the possession of heaven than about the exact knowledge of it; etc. We cannot dis- approve of their position and silence, connected as it is with godly moderation.

Some say that the heaven of the blessed is in God—or, rather, is God Himself—since the blessed are said to be “in the hand of God” (Luke 23:46; Wisdom 3:1). These words of Augustine (on Psalm 30) can be assigned here: “Let everything, whatever is in addition to God, become worthless. He who protects us in the place of this life will be our place after this life, just as it is said in this very psalm: ‘Be unto me a protecting God and a house of refuge’ [Ps. 31:2]. Be His house, and He will be your house. Let him dwell in God, and You will dwell in him.” . . .

Some think that heaven should be defined only by celestial glory and the eternal blessedness of the elect which arise from the clear vision of God. And indeed we freely concede that if the term “heaven” is understood for this blessedness—that is, for the most joyful and blissful state of the blessed itself (in which sense Scripture at times uses this word, Matt. 18:10)—then it is correct to say that the heaven of the blessed is God Himself, namely, effectively and objectively, since God is the efficient cause, end, and object of the blessedness upon which it uniquely and completely depends. We also concede that it is correct to say that the heaven of the blessed should be defined as the heavenly glory and eternal joy of the elect, namely, in form and principle, since the form of blessedness especially and chiefly consists in heavenly glory and joy, in which the blessed who see God will find eternal pleasure.

Yet it can scarcely be denied that if “heaven” is used in a subjective sense, as it is used in some passages of Scripture (Matt. 5:12; 6:20; Luke 6:23; 1 Pet. 1:4; etc.), then the word “heaven” should be understood as that certain where in which the blessed will see God and enjoy heavenly joy and gladness. This can be proven with almost the same arguments with which in the previous treatise hell was shown to be that certain where in which the damned suffer eternal punishments [On Hell, or Eternal Death (Commonplace XXXIII), § 25], namely:

Scripture describes heaven with words which signify a certain where.

1 Pet. 1:4: “The inheritance of the godly is preserved for them in heaven”; etc.

Scripture distinguishes the where in which the souls of the godly are gathered after death from that into which the souls of the wicked are transferred, as was shown in the treatise On Death ([Commonplace XXIX,] § 159). The same Scripture distinguishes the where of the damned, that is, that domicile in which the damned are shut up as if in a prison, from the where of the blessed, that is, from the dwelling of eternal blessedness, glory, and bliss into which the godly are taken after death (Luke 16:26).

(3) On the basis of their opposition.

Scripture opposes heaven as the greatest and highest palace against hell as the lowest, vilest prison, with respect to us (καθ’ ἡμᾶς).

(4) From the necessary consequence.

The bodies of the blessed that have been reunited with their souls in the resurrection, and thus the blessed themselves, must either be everywhere or nowhere or in a certain where. But neither the first nor the second can be said. Therefore the third remains. (Cf. our treatise On Hell [Commonplace XXXIII], § 25.)

Understand the theology behind eternal life in this volume of Gerhard’s Theological Commonplaces.

All quotations from Scripture in this work are translated from volume 9 of Johann Gerhard, Loci Theologici, edited by Friedrich Reinhold Eduard Preuss (Berlin: Hinrichs, 1875).