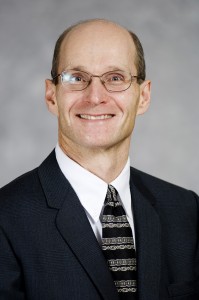 CPH wishes to congratulate Dr. Curtis P. Giese on being named Humanities Division Chairman at Concordia University Texas. Dr. Giese, a professor of religion at Concordia Texas, is New Testament editor in the Concordia Commentary series and author of the 2 Peter and Jude commentary in the same series. His new role as chairman, supporting faculties in English, History, Theology, and Foreign Languages, will officially begin July 1, 2013. Dr. Giese has been at Concordia Texas for nine years, teaching Greek and New Testament. Previously, he served seven years at Concordia University Ann Arbor and four years in the parish prior to Ann Arbor. He is co-author of Called to Be God's People: An Introduction to the Old Testament (2006) and has contributed to Concordia Pulpit Resources, the Lutheran Study Bible, and German devotions for Tägliche Andachten and Feste Burg Andachtsbuch.