Luther’s interpretation of the First Article is shaped through and through by his astonishment about the character of life as a gift. In this way, the reformer confronts that aspect which Martin Heidegger terms the “foundational question for metaphysics”: “Why is there that which exists rather than the more probable nothingness?” But Luther does not consider this as an abstract philosophical question; instead, from the vantage point of the wonderment of a child: “Why is there something and not nothing?” He considers this from the point of view of one who ventures to trust, on the basis of the biblical witness that tells of a God who dispenses life.

The dark power of chaos that threatens destruction, from which God called the world to life, continues indeed to lurk all around us as a frightening abyss, but it is within us as well. We could pitch abruptly headlong into this nothingness, above which we are held in every instant, without any effort on our part, indeed, despite our fervid effort. Not a one of us is master of his or her outward or inward existence; we can bungle it, but we cannot guarantee anything on our own and cannot make anything happen completely, on the basis of our own effort. Real life cannot be forced; it is guaranteed to us only as a gift; it can be denied to us and remain closed to us, as well. “Existence means: being preserved within nothingness.”

But Luther does not proceed from this basic human experience to an existential analysis within the framework of anthropological structures. He confronts the issue existentially and analyses it on the basis of trusting in the witness of the Scriptures and the confession of Christ by the Church; in the midst of the stupor of the individual “I,” one gazes upon the overweening power of the creator. He thus summarizes the grand total of what one can learn from the First Article in the Large Catechism in the sentence: “that not a single one of us controls or can preserve life and everything that is now described or could be, no matter how little and slight it is.” In the helps for Master Peter, his “beard trimmer,” he explains it with this statement: “You are God’s creation, production, creature, and work; that is: from you yourself and in you yourself you are nothing, know nothing, comprehend nothing, can do nothing. For what were you a thousand years ago? What was heaven and earth six thousand years ago? In that same way, nothing else but nothing at all, so that nothing was to be created of it at all. But what you are, comprehend, know, set out to do, that is called God’s creation, as you confess here with your mouth, so that you have nothing to boast about before God, except that you are nothing and that He is your creator and that He could turn you into nothing in the blink of an eye. Reason knows nothing of such enlightening thoughts, though highly placed people have sought it, what heaven and earth, human beings and the creatures really are, but have not figured it out; and yet, here, what the faith says is stated plainly, that God created everything out of nothing (Heb. 11:3); this is the soul’s garden of pleasure, to walk around among God’s works.”

The First Commandment is in play at this point for Luther; he carefully delineates the boundary between creator and created beings with respect to the honor due to the holy ones and to the service of the angels: “Therefore it is necessary that the people are to be taught, so that such a shameful misuse is hindered from ever happening again, whereby the angels and holy ones are addressed in prayer. The one, eternal, living God alone is to be addressed in prayer, the one who forgives sins and who delivers from death; such matters are not the work of angels, creatures, holy ones or even our beloved wives. Instead, this is the work of the one God, who justifies sinners and makes the dead to come alive.”

The Omnipresence of God

What does the omnipresence of God mean?: Where God creates and preserves life, it is not just that the creaturely powers are serving Him thereby; He Himself is close at hand as well; He is present “in each and every creature in the depth of what is inside, manifest for each one in what is outside, about and about, through and through, beneath and above, in front of and behind … so that nothing can be more present and more within in all creatures than God Himself with His power.” But God does not position Himself as constantly present and yet at the same time pull Himself away as if He is a stormy wind that blasts through. “The deity is without motion in Himself, is not travelling from one place to another, as do the creatures.” When God positions Himself by being present, that does not refer to His movement within space; instead, the exalted creator summons His creatures to come into His presence. He is closer to us than we try to be to our own selves, precisely because He is not caught up in movement within space; instead, He is the sovereign creator and lord of physical space in His nearness.” 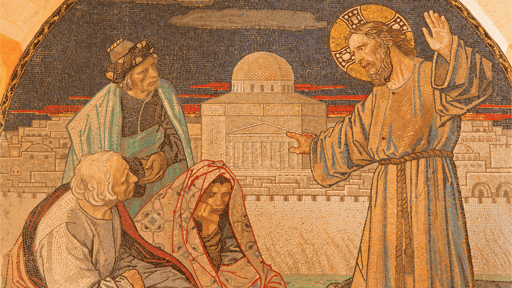