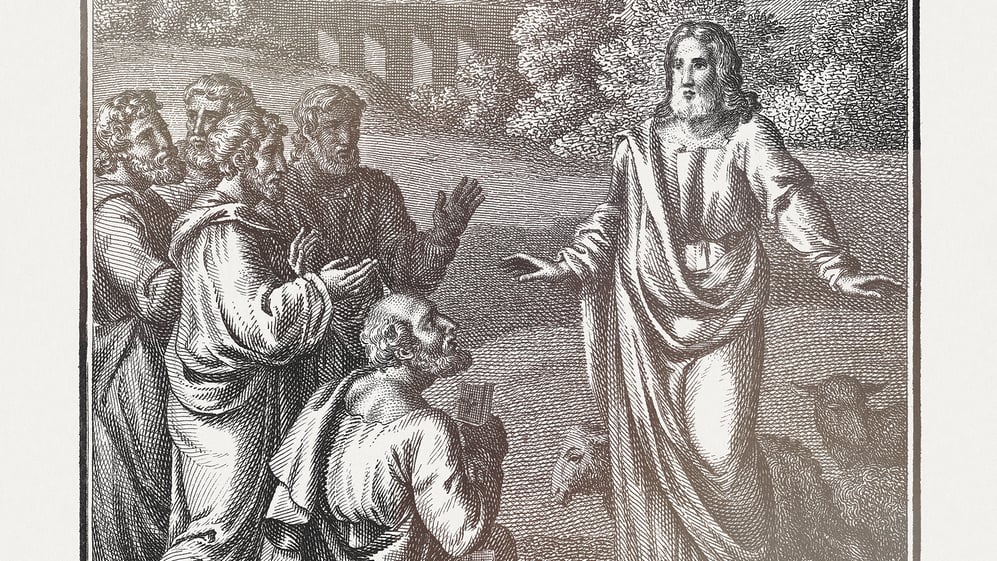 In the words of Matthew 16, we witness something incredible. We watch as Peter recognizes who Jesus really is. On January 18, the Church celebrates this confession. In an excerpt from Luther's Works on this event, we see the joy found in Peter identifying the Christ.

Here Peter answers in the name of them all (for [Christ] had made His inquiry of all of them and is speaking with all of them without distinction and without respect of persons), saying,

“You are the Christ, the Son of the living God.”

It is of no avail for salvation if you think of Christ according to human opinion—that He is a righteous, holy, good man or prophet, even the greatest one. Rather, the Father’s revelation from heaven must be added: that He is the Christ, the Son of God—that is, that He is true man and true God, and then that He is the promised King and Priest.

And in these few words is encompassed the entire doctrine of the Christian faith. For the fact that He is the Son of the living God means that He is true God, which Scripture elsewhere demonstrates at greater length. However, the fact that He is a man is evident in and of itself since, having conversed with human beings, He was found as a man [Philippians 2:7], and as He Himself says here: “Who do they say that the Son of Man is?”

But because He is at the same time the Son of God, it was impossible for Him to be born in sin like others, who have been conceived from a male. Therefore, He was given birth by a virgin, without a father, of the Holy Spirit.

Next, He was a mortal man among men. But because He is God, it was necessarily impossible that He should remain in death or die [Acts 2:24]. Let that suffice concerning “the Son of God.”

Next, because He is the Christ—that is, the anointed Priest and King—it is necessary that everything that He was should be offered as a sacrifice for the sins of human beings, as the prophets foretold. Therefore, the entire Apostles’ Creed is contained in these words: “You are the Christ, the Son of the living God.” That is: He is the Son of “God, the Father Almighty, Creator of heaven and earth,” and our Lord Jesus Christ was “conceived by the Holy Spirit, born of the Virgin Mary,” suffered for us and, dying, He rose again, “and sits at the right hand of God the Father,” since He is the Son, the Judge, and the Lord of all; and He distributes the forgiveness of sins through the Holy Spirit unto “the resurrection and the life eternal.”

“Blessed are you, Simon bar-Jonah, for flesh and blood has not revealed this to you, but My Father, who is in heaven.”

Here stands the verdict: the doctrine of faith is not philosophy, nor is it the wisdom of human reason. Just as reason is unable to discover this [doctrine], so, too, is it unable to retain or judge it. Rather, this is a heavenly doctrine, revealed by God the Father Himself. Now, a candle may cast its light in the night or a little torch in the darkness, that is, when the sun is gone, but when the sun shines with its power, the little torch neither casts light nor shines but is obscured by the majesty of the sun’s light. Even so is faith a far different light which obscures the light of reason and snuffs it out.

And so let everyone rejoice who can utter the words Peter says out of the same faith: “You are the Christ, the Son of the living God”—out of a faith, I say, that is unfeigned [cf. 1 Timothy 1:5; 2 Timothy 1:5]. And let such a person know that he possesses the revelation of the Father from heaven and that he is truly a Christian, blessed and saved from sin, death, and hell. What more do you want?

It is as if He were saying: “Really, Peter, you are speaking great and wondrous things! What an extraordinarily wise man you seem to Me! Where did you get this wisdom and knowledge of hidden and heavenly things? Surely My Father, and not any human being besides, has revealed it to you.”

And yet it is with all seriousness that He affirms that those who possess this wisdom from the Father will be blessed, for attention should always be drawn to Christ’s sweetness and charm in His deeds and words, just as Paul attributes philanthropia, epieikeia, and praotes [“love of humanity, gentleness, and meekness”] to Him in His dealings with human beings [Titus 3:4; 2 Corinthians 10:1]. And these [qualities], without any inappropriate levity, were nonetheless seasoned with the sweetest seriousness, so that the people might in the most effectual way be at the same time both instructed and attracted.

Accordingly, I am fond of believing what is written about St. Peter, that after Christ’s ascension he wept so often that he was in the habit of always covering his eyes with a little handkerchief because they were raw from his tears. And whenever he would be asked why he was crying like this and hurting his eyes, he would answer that as often as he remembered this sweetest conversation of Christ, he was unable to refrain from tears.

Give me a successor of Peter today who believes and confesses in this way, one who has the revelation of the Father in heaven like this!

Gain fresh insight into Christ and learn from Luther.