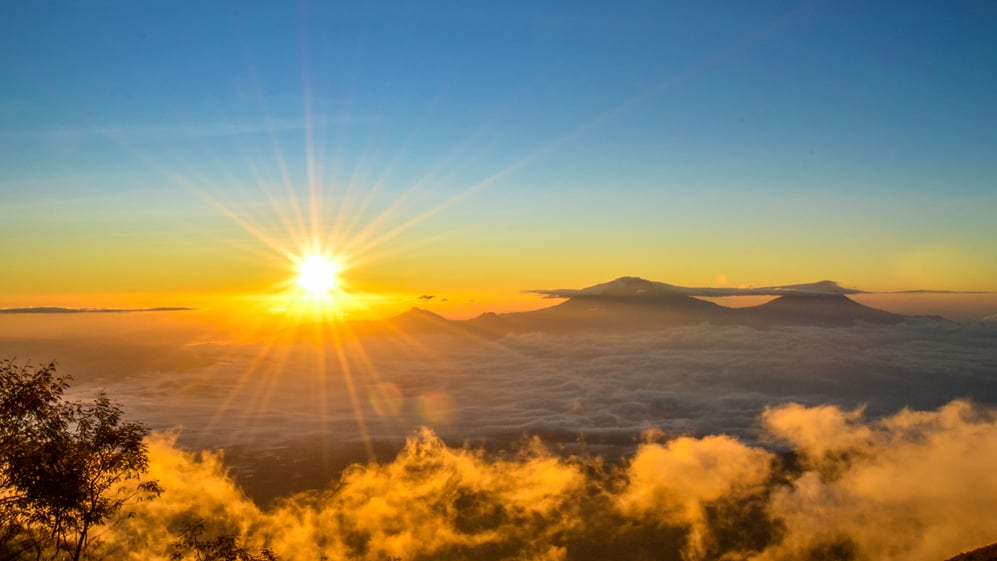 In Mark 9:30-37, Jesus’ disciples demonstrate concern over who is the greatest. The issue of rank among the twelve takes on new meaning as we consider the context of the passage.

Earlier in chapter nine, we read of Jesus’ transfiguration, during which the Father endorses the Son with the words, “This is my beloved Son; listen to Him.” Jesus is glorified, displayed in dazzling white clothing, standing between two hugely important figures of the Old Testament: Moses and Elijah.

The disciples’ interest in rank makes sense given that Jesus only took Peter, James, and John along with Him to the Mount of Transfiguration. Our Lord was certainly not at fault in His selection. Yet, the priority given the three no doubt stoked insecurity and a growing sense of competition among the disciples. Their reaction is something to which we can easily relate. We experience sibling rivalry, decisions over who is the most attractive or popular in high school classrooms, and speculation in the workplace over who will receive the promotion.

It is ironic that Jesus teaches about greatness following the transfiguration. There, He is glorified. The disciples see His divinity clearly. What is more, Jesus displays His divine power, casting the evil spirit from the boy. In truth, this expulsion of the diabolical serves as a transition between the glory of the mountain and the servanthood to come at the cross. Jesus is God,  yet He remains to relieve the suffering of a demon-possessed boy.

In verse thirty-three Jesus asks the disciples, “What were you discussing on the way?” In verse thirty-four, “They kept silent, for on the way they had argued with one another about who was the greatest.” It is interesting to note that the same Greek root is used to express both “discussing” in verse thirty-three and “argued” in thirty-four. The ESV brings out the correct nuance of the two related words. Jesus’ expression of “discussing” is soft, more cooperative, where “argued” has a more competitive, combative tone. Regarding Jesus’ word choice, we could theorize that Jesus was putting the disciples’ behavior in the best light possible, knowing full well the nature of His students’ interaction. Either way, the disciples were engaging in sinful competition. Although it was normal in Jewish religious groups to determine rank, Jesus was not concerned about such things, and the disciples should not have been either.

In verse thirty-five Jesus teaches, “If anyone would be first, he must be last of all and servant of all.” Our Lord’s next action—taking a child in his arms—perfectly illustrates the point. Young children were in the lowest strata of society, often servants. Jesus employs the child to define servanthood, one who is humble, often overlooked, and certainly not a contender for rank. As part of child-rearing, the young often were beaten with impunity. In fact, the Greek root word for child, “paio” means to smite or strike. One could theorize that Jesus was pointing to His own servanthood on the cross, where He would be stricken, smitten, and afflicted.

The injunction with which Jesus follows, “Whoever receives one such child in my name receives me,” is another example in which Jesus points to Himself. To receive Jesus is to receive one like this child. Like the child, Jesus is humble, disregarded, and eventually beaten. To access Jesus with the caveat that He be only Almighty God, without the servanthood of the cross, is not to have Him at all.

There are two primary Law issues. The first is to reckon others and ourselves according to the standards of the world. The disciples’ first mistake was to indulge a jealousy of Peter, James, and John, instead of finding their identity wholly in Christ alone. This bred the discussion, and ultimately arguing, over rank. The world is concerned over this, not the Lord. To seek dominance in relationships, sports teams, and the workplace breeds resentment, conflict, and separation. In the context of Christians, we find grandstanding between old and new members of the congregation, power struggles between ministry teams, and conflict among senior and associate pastors.

Second, Jesus demands that we accept Him as He comes, that is, as the Servant Savior of sinners. We acknowledge our sinfulness and receive His grace without seeking to take part in our own salvation. What is more, to accept Christ as He is means taking up His cross, serving others, and remaining faithful to Jesus, even to the point of death.

Where we as sinners are loathed to accept Jesus as Savior, Jesus gladly accepts His role. Where the Pharisees, the Scribes, and the teachers of the law embraced their positions for the sake of prestige and power, Jesus showed love and concern for sinners, regardless of their rank in society. Instead of seeking rank, Jesus set aside His glory, took on human flesh, and walked among us. Three days after His death he rose, and then at His Ascension, He returned to His place of glory, taking His seat at the Father's right hand.

Through faith in Christ, there is forgiveness and everlasting life for sinners, regardless of rank. At our resurrection, we too will receive glorified bodies and spend eternity in heaven, where there will be no sense of rank, no low or high.

Want to study more from the Gospel of Mark? Explore the Concordia Commentary by clicking the button below.