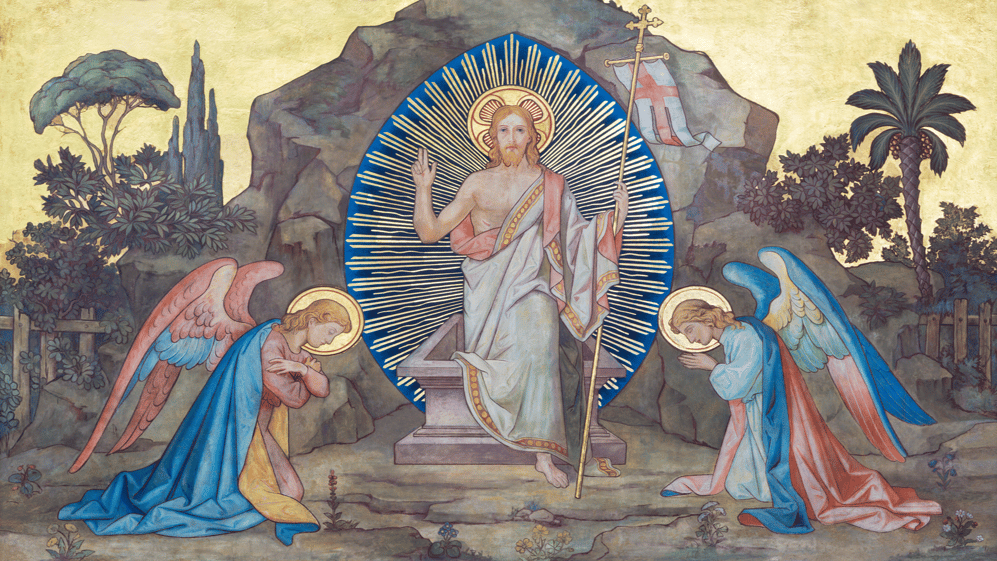 The resurrection of our Lord, despite the initial disbelief of the disciples, was no surprise. Rather, it was a promise repeated throughout the Old Testament and Christ’s own ministry. Best of all, this is just one of God’s many promises for you!

More than likely, you have either heard or spoken one or more of the following: If you drink your milk, you’ll grow big and tall! If you keep making that face, it’ll freeze that way. It won’t hurt; I promise! Believe it or not, aside from being in a few cases absurd, each of the above statements is a promise. It may not seem so, given that only one of them includes the words “I promise.” But what is a promise except a statement predicting not what might happen but what will happen? We make promises all the time: I’ll be home by 4 p.m. I will never do that again. Sadly, we also break promises all the time. There is one who never breaks a promise: Jesus. Luke’s account of the resurrection of our Lord fulfills a promise. God made this promise through King David:

Therefore my heart is glad, and my whole being rejoices; my flesh also dwells secure. For You will not abandon my soul to Sheol, or let Your holy one see corruption.

Jesus Himself promises His resurrection in Matthew.

The Son of Man will be delivered over to the chief priests and scribes, and they will condemn Him to death and deliver Him over to the Gentiles to be mocked and flogged and crucified, and He will be raised on the third day.

Luke begins his description of Jesus’ resurrection in chapter 24 with the women going to the tomb with spices to anoint Jesus’ body. But upon arriving, they find the stone rolled away and Jesus’ body missing. Verse 4 reads, “While they were perplexed about this, behold, two men stood by them in dazzling apparel.” This seems to contradict the accounts in Matthew and Mark’s Gospels. Matthew mentions only one angel, and Mark refers to a young man in white. How can we account for the discrepancy? There were indeed two angels who appeared as young men, but Matthew and Mark followed the common practice of mentioning only the angel who spoke.

Luke uses ὄρθρου βαθέως to express “at early dawn” in 24:1. Βαθέως translates literally as “deep” or “depths,” here referring to the lowest point or depth of the sun as it begins to rise. ὄρθρου expresses “dawn” and is related to the Greek word for mountain. Taken together, the meaning is clear. The women arrived at the tomb in the depths of the dawn. One can picture the sun rising slowly, hopefully, over the horizon. Since the Sabbath technically ended with sundown on Saturday in the Jewish reckoning, the women were free to arrive quite early on Sunday morning.

To express “perplexed” in 24:4, Luke uses ἀπορεῖσθαι. This verb is a combination of the alpha (α), indicating the opposite, and the verb for moving or walking. This verb form indicates that the women were so shocked by the presence of the angels as to be immobilized. The appearance of the angels would have been quite shocking, especially their dazzling apparel piercing the early dawn darkness.

Jesus kept His promise to die and rise again. The Lord also gives us other promises to which He will always be equally faithful.

Be strong and courageous. Do not fear or be in dread of them, for it is the LORD your God who goes with you. He will not leave you or forsake you.

All that the Father gives Me will come to Me, and whoever comes to Me I will never cast out.

If we confess our sins, He is faithful and just to forgive us our sins and to cleanse us from all unrighteousness.

Jesus said to her, “I am the resurrection and the life. Whoever believes in Me, though he die, yet shall he live, and everyone who lives and believes in Me shall never die. Do you believe this?”

Further explore the text and an original translation of Luke by Rev. Dr. Arthur Just!