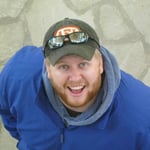 Rev. Ted Doering is the pastor at Narrative Church, an LCMS church plant in Williamson County, Texas, just north of Austin. He is blessed to be married to Chelsey, who works as a digital content specialist at their alma mater, Concordia University Texas. Ted enjoys spending his free time with friends over a good meal, sampling the many local forms of breakfast tacos and BBQ, hiking in the Texas Hill Country, catching a movie, and cheering for all forms of professional Houston sports teams.

All you have to do is turn on an electronic device with a screen to be bombarded with frustrating news: a presidential candidate has run his or her mouth about the opposition or a certain people group; a commentator on ESPN rails against the actions of players during pregame rituals; or that one Facebook friend is once again offended because, well, it’s Wednesday. It seems that no matter where we look today in the world, we only find a barrage of talking faces spewing “I’m right, you’re wrong” vitriol, and all too often, we as Christians get caught up in that same self-righteousness.

Creating a Habit of Time in God’s Word

Listening to the Lord in the Wilderness

Meaning of 6 Popular Verses in Matthew