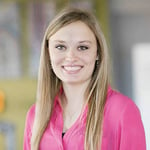 Charlea Schueler attends Illinois State University where she is double majoring in Public Relations and Music. In her free time, Charlea enjoys playing her violin, reading, and creative writing.

“For this is the will of God, your sanctification: that you abstain from sexual immorality; that each one of you know how to control his own body in holiness and honor, not in the passion of lust like the Gentiles who do not know God” (1 Thessalonians 4:3–5 ESV)

END_OF_DOCUMENT_TOKEN_TO_BE_REPLACED

Peer Pressure and Faith in College: Six Tips to Immerse Yourself in Campus Church Life

As a Christian and a student at a liberal, secular university, I can say that the peer pressure to conform to non-Christian beliefs and values is staggering. The general atmosphere that surrounds many colleges and universities in the US is the belief that a student, no matter their background, should attend college with an open mind to new ideas. This seems great; on the outside, an open mind is presented as a belief that could only lead to an improved lifestyle. However, this belief leads some Christians to innocently question why they believe what they do, and then to a stronger, more assertive reason not to believe the same thing they did when they first came to college.

The Seasons of the Church Year

How Marriage Is a Picture of Christ and the Church