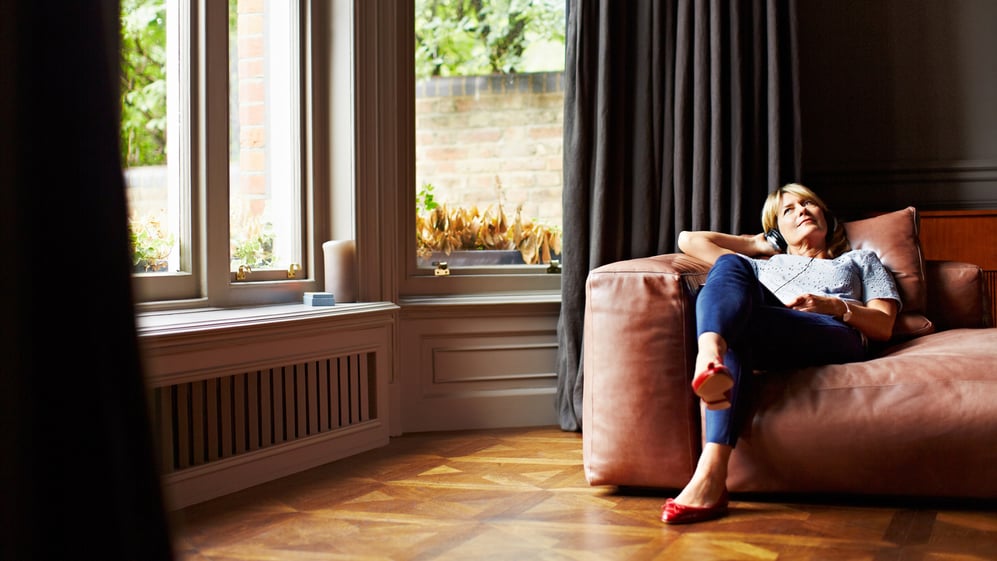 In October 1966, tragedy struck the Welsh town of Aberfan when heavy rainfall mixed with coal waste and caused a mountainside to collapse. The sodden coal waste slid down to the town, burying the primary school and the students inside. A total of 116 children died in the disaster.

A show I was recently watching covered the event in a somewhat fictionalized account. One of the characters attends the funeral for the town’s children and describes the scene to his wife. He details the extraordinary amount of grief and anger, not only at the government and the Coal Board in charge of regulating such conditions, but also at God. He then relates, however, that the people do not express their grief and anger in violence and physical aggression—instead, they sing. In fact, they sing a hymn. And they sing it as a community.

Emotion in the Music of the Church

The wonderful thing about music is that it can express every emotion, not just peace and serenity and happiness. It can express pain and frustration and anger—even anger at God.

The hymns in our hymnals can also act like prayers. So, too, can the Psalms. Our church choir chants Psalm 22 during the stripping of the altar on Holy Thursday. This Psalm begins with a cry to God: “My God, my God, why have you forsaken me?” How often do we think these words? How often do we ask this very same question? Where is God? Verses 1–21 detail the agony the Psalmist suffers, both physical and emotional.

A shift occurs, however, at verse 22. From there to the end of the Psalm, we see the Psalmist reaffirming his trust in the Lord. He says, “For [the Lord] has not despised or abhorred the affliction of the afflicted, and He has not hidden His face from him, but has heard, when he cried to Him” (v. 24).

Notice the way we see the confusion of emotions in Psalm 22. How many times have we gone from emotion to emotion quickly and confusedly? In the music of the Church, especially in the Psalms, we see triumph, happiness, peace, and joy to be sure, but we also see sadness, frustration, depression, anger, and the like. The writers and composers of our music are humans who experience the same emotions as we do. Their words are a gift to us.

The words are certainly a great blessing by themselves, but oftentimes, it is their marriage to a tune that also gives them strength. God has created human beings to be reasonable creatures, creatures of language, but He has also created us to have emotions. Although the words express these emotions, so too, does the music itself.

Playing and singing music is cathartic, an exercise that often relieves us of some pain. My husband and I were recently at a concert, and the lead singer of the band explained that he writes the music to express the pain and sorrow he sees and experiences in this world. He says it makes it more manageable if he can sing about it. It is not simply the words themselves that provide the release, but it is the music that comes along with the words.

Like the quarantined Italians performing music for one other on their balconies, thanks to COVID-19, we know that music is a way to handle the difficult situations of a sinful world. Performing music is a natural human instinct. We love to make music and to make music together. It is a way we can cope with emotions, a way to express emotions in a safe way, without hurting others.

The Church’s Music Is a Gift

In the show I mentioned at the beginning, the wife asks her husband about the funeral. She asks him if he wept. He replies that anyone who heard the townspeople singing that hymn would have not only wept but they would have also been torn apart. At the conclusion of the episode, the usually stoic and emotionless wife sits by herself and listens to a recording of the funeral hymn, with a tear rolling down her cheek.

What do we do when we are sad and angry, even angry at God? We weep. We break apart. And then we use the rich treasury of music God has given to us. We sing and make music together.

To listen to music during this outbreak, stream a playlist of comforting Concordia Publishing House music below.