The Women of Lutheran Service Book You Might Not Know About 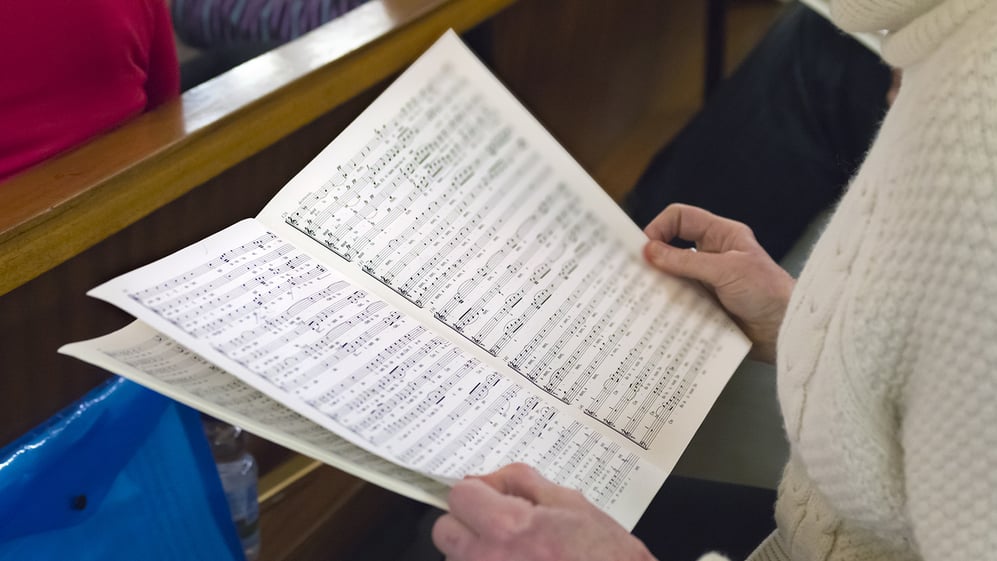 Men have had an incredible impact on shaping Lutheran hymnody as it’s known today. From Paul Gerhardt to Dr. Carl Schalk, male hymnwriters have truly given Lutheranism foundational music that speaks volumes. But did you know that many female hymnwriters, hymn translators, and composers have also contributed to the creation of many Lutheran hymns? Read biographies below from Lutheran Service Book: Companion to the Hymns to learn about some of the wonderful women who helped bring Lutheran hymnody together for Christians everywhere to enjoy today.

Anna’s father was a Lutheran schoolteacher who emigrated with his entire family from present-day Poland to St. Louis, MO, where he studied for the pastoral ministry. He was ordained and served in Michigan and then in Chippewa Falls, WI. There, Anna received her education and began a career as a schoolteacher. On July 25, 1893, she married Rev. Christian Meyer of Howard, SD. Together, they served many congregations throughout the Midwest.

Martin Luther’s popular hymn “To Jordan Came the Christ, Our Lord” (LSB 406 and 407), was translated by Elizabeth Quitmeyer of Detroit. Elizabeth was one of ten children and attended both public and private Lutheran schools, concentrating her education on abilities that would help her family succeed.

At twenty-five, Elizabeth began to suffer a severe illness that she battled for fifteen years; five of these years were spent receiving treatment in the hospital. After recovering, Elizabeth attended a business class and eventually took an office job in a local bakery, which she held for twenty-two years. She later contracted emphysema, causing her to retire early in 1974.

During her illness and thereafter, Elizabeth was always composing poetry. She was also active in translating German hymns into English, as well as writing her own hymns. Many of her translations and hymns were included in This Day magazine.

With nearly three hundred hymn tunes published internationally, Amanda Husberg has had a long composing career. Her most popular hymn in Lutheran Service Book, “Heavenly Hosts in Ceaseless Worship” (LSB 949), is a joy to hear during the Church Year. Born in Chicago in 1940, she holds a BS in education from Concordia University, Nebraska and an MS from Hunter College in early childhood education. While at Concordia, she studied the organ with Jan Bender, fueling her love for music.

Amanda taught elementary school for two years and then moved to St. John the Evangelist Lutheran Church in Brooklyn, NY, a primarily African American congregation, to serve as their director of music, now for over fifty years. For thirty-six of those years, she also served as a director in one of the New York City public daycare centers.

Amanda received the Servant of Christ Award from the Atlantic District of the LCMS in 2000 for her musical contributions to the church and is now a member of the Hymn Society in the United States and Canada. She says in the Companion to the Hymns, “I write for congregational singing, believing that we do sing with one voice, young and old, people of all walks of life, new singers and experienced singers. Together we sing praise to the One who accepts all our praise, no matter how beautiful it is, or how humble it may be.”

Martin Luther himself preached at the wedding of Elisabeth von Meseritz to Caspar Cruciger in 1524. Elisabeth had been born into lower nobility and entered a convent; but when she fled that convent to Wittenberg, she met her future husband. After their marriage, Caspar served as rector of a school in Magdeburg alongside Nicolaus von Amsdorf. Eventually, they moved back to Wittenberg, where Caspar taught at the university and Elisabeth spent her days at the center of the Reformation.

With Luther’s help, Cruciger published “The Only Son from Heaven” (LSB 402) in 1524. It is filled with representations of the Morning Star and prayers for holiness. Later, her authorship was questioned, primarily because she was a woman writing during the time of the Reformation. But “her hymn stands as a significant early milestone in the development of Lutheran hymnody,” says Robert Kolb in the Companion to the Hymns.

Women made significant contributions to Lutheran hymnody through translations, music, and original hymn texts. The next time you open a hymnal, take a look at the names listed at the bottom of the page and see how many women contributed to some of your favorite hymns.

To read the history of all contributors to Lutheran Service Book, order the Companion to the Hymns below.