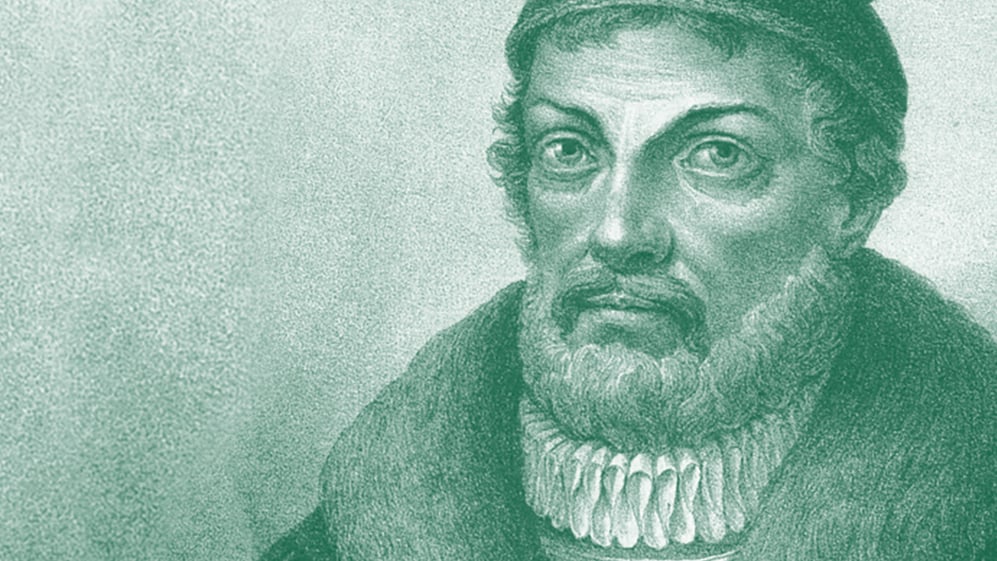 This post is an excerpt adapted from Nikolaus von Amsdorf: Champion of Martin Luther’s Reformation, a new edition of Robert Kolb’s biography about this important Reformation figure.

When Martin Luther arrived in Wittenberg in 1508 for his first semester of teaching, he met a young nobleman who was already giving lectures as a member of the university’s arts faculty. Nikolaus von Amsdorf was his name. When Luther and Amsdorf first met, neither had any idea that they would become close friends and would share the experiences of the Wittenberg movement for reform.

Comfortable in His Educational Niche

For about eight years after they first encountered one another, Luther and Amsdorf remained only acquaintances. At the time, Amsdorf belonged to a small sodality of professors aspiring to propagate a mild sort of educational reform often labeled “biblical humanism”; however, Amsdorf’s work was still primarily shaped by the scholastic mold his instructors had passed along to him.

The historical record provides no indication of Amsdorf’s theological position during those years. Though labeled a “Scotist” in the Wittenberg curriculum, Amsdorf later said Thomas Aquinas had seduced him in his early years in Wittenberg. Like most of his contemporaries, Amsdorf’s beliefs probably comprised an amalgam of ideas from several currents of thought. Any early influence that Amsdorf’s uncle, Johannes von Staupitz—Luther’s spiritual counselor in the Augustinian order—may have had on Amsdorf went unnoted in his later writings.

In September 1516, the heart of Luther’s developing understanding of God’s grace and human depravity was presented in a series of theses prepared for defense in disputation by Luther’s student and colleague in the Wittenberg arts faculty, Bartholomäus Bernhardi von Feldkirchen. Amsdorf’s reaction to these theses is the first indication that he was being converted to Luther’s way of thinking.

Amsdorf shared the theses with his friend Johann Lang, who was prior of the Augustinian cloister in Erfurt. Amsdorf’s accompanying letter mentioned that Luther had given him a copy of Augustine. These records indicate Amsdorf responded warmly to the ideas his colleague was advancing.

These ideas matured slowly in Luther’s mind and also in Amsdorf’s. In 1519, Amsdorf prepared for publication a statement of his faith at the urging of Luther and perhaps Christoph Scheurl of Nuremberg. Amsdorf’s first published tract, A Christian Meditation How One Should Pray the Lord’s Prayer, Drawn from the Sermons of Dr. Martin Luther of Wittenberg, introduced a pattern that would mark Amsdorf’s ministry and way of thinking for the remaining forty-five years of his life.

Law and Gospel for the Common People

Simple in style and content and written in the vernacular, Amsdorf’s first tract appealed to the common people and village priests; for the rest of his life, these groups of people were his primary audience and concern. He wrote the tract to propagate Luther’s thinking. That continued to be the goal of his subsequent writing as well. He did not always draw the material in his tracts so directly from his friend as he did by paraphrasing and summarizing Luther in this first tract; but he did always use Luther’s writings as the guideline for his own proclamation.

Amsdorf’s Meditation contained basic concepts of sin and grace that he would repeat again and again during his life. In that tract, he confessed that he was a wretched sinner with a nature poisoned by original sin inherited from his parents, and he acknowledged that even his good works were harmful if he put his trust in them for salvation. For redemption from sin, Amsdorf turned to God, who had become “a criminal, a sinner, a fool” so that believers might become righteous. Luther himself later set forth his doctrine of justification in this way.

Amsdorf’s first tract placed sole responsibility for human salvation in God’s hands, a salvation which was effected through the substitutionary, atoning work of Christ. This simple understanding of the Christian Gospel would mark Amsdorf’s theological writings from 1519 until the end of his life.

Download free sample pages to see how Amsdorf came into his own defending Luther’s message. 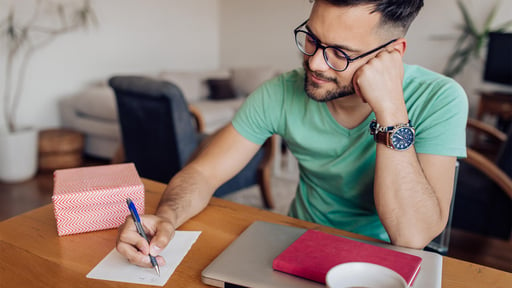 Martin Luther and the Apostle John remind us that letters are a great way to administer pastoral care when face-to-face contact isn't... 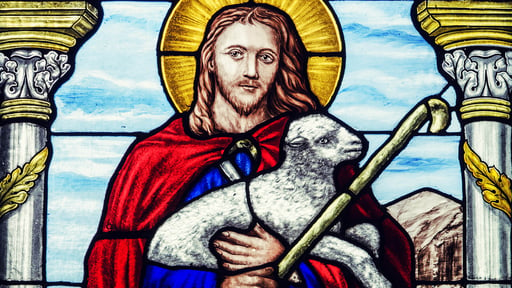 Digging Deeper into Scripture: Jesus as the Good Shepherd

Acts 4, Psalm 23, and 1 John all demonstrate, to some effect, that salvation is found only in Jesus Christ, and that he is the ultimate...