Live Out Your Love for Traditional Church Music 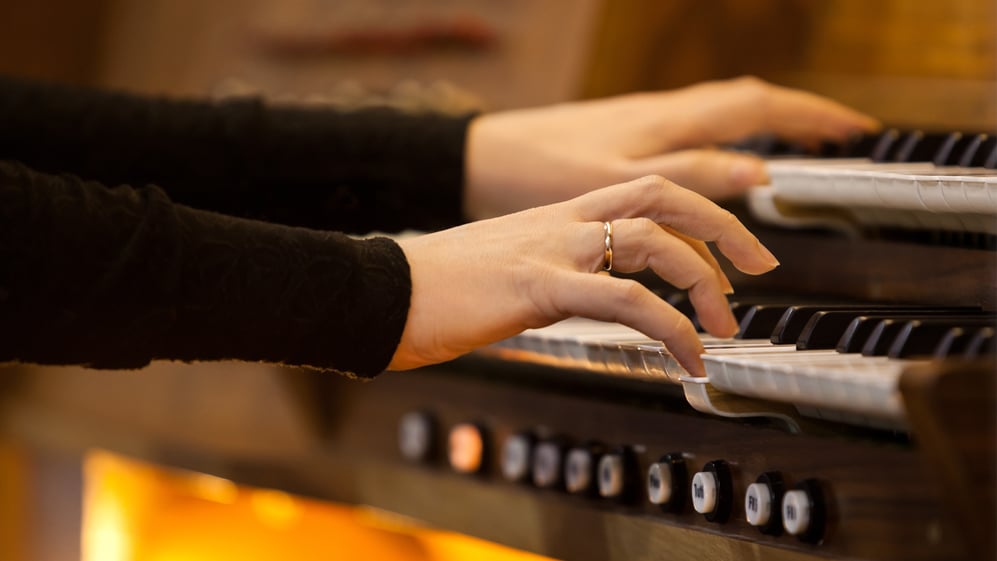 How horribly unfair movies are toward Christianity.

I am speaking generally, of course. But Hollywood is not a hotbed of orthodox Christian thought and practice. Movies often show the very opposite of what the Church teaches, but more than that, they often portray Christianity and traditional worship services as boring, dull, and humorously bad.

Nothing could be further from the truth.

In several movies I have seen, organists are portrayed as little old ladies playing a tremulo-heavy old organ at a somber tempo; choirs are made up of groups of off-key, warbly voices, causing the congregation to either cringe or to stare in annoyed disbelief; and the people singing traditional hymns sound absurdly and hyperbolically funereal. In a cyclical chicken-and-egg-type scenario, I’m not sure if movies portray traditional church music this way as a result of the larger cultural attitude or if the larger cultural attitude exists because of the way church music is portrayed in movies. Either way, the two reinforce each other, perpetuating the belief that church music is boring.

Do we carry this attitude in the Church? Some of you reading this can truthfully respond to that question with a resounding “No!” But not all of us can. As a young teacher in the first few years of teaching, I knew it was good, right, and salutary to teach hymns, but I also often approached it in an apologetic way, especially with my middle schoolers. I have since learned a few things, one of which is that middle schoolers rarely display enthusiastic interest in what they are learning, but despite this, they often are actually enjoying what they are learning; their disinterest often stems from a lack of knowledge or experience with a subject rather than a dislike for it.

The truth is, just as my early years were marked by a somewhat apologetic mindset, Christians are often apologetic to the rest of the world. We don’t always hold to our convictions that our faith, and the gifts of our faith, are the best things we could know. When faith comes up in our secular circles of friends, acquaintances, and co-workers, we often shy away from the topic. We may not always do this in an attempt to cover up our faith or to hide the fact that we are Christian, but rather because we know the topic of faith might turn a lighthearted conversation serious; it opens the opportunity for questions we don’t always think we are qualified to answer; it immediately turns some people’s minds to the worst displays of Christianity seen in the media; and it makes us look a little weird. We love Christ and are faithful to Him, but we often like to downplay our faith and our Christian practices in front of non-believers in order to make ourselves appear more normal and less uncomfortably unusual.

There seems to be an overall negative cultural attitude towards old music especially sacred music. It's not an attitude of derision exactly, but it’s assumed that such music is for old ladies or for nerdy puritans. In conversations with others, this makes it easy to downplay my work as a church musician and my love of traditional church music. No one wants to seem weird.

But people who hold this attitude simply don’t know traditional church music. They haven’t studied and memorized the poetry of the hymns. They haven’t been exposed to the music that they come to love because they know it so well. It is our job to introduce it to them, not apologetically or, on the other hand, argumentatively, but simply in a positive, joyous way. If they are your friends or close acquaintances, you most likely have something in common with them; they may stop to wonder, then, why someone who also follows their NFL team with a passion or who also loves fashion or who also reads the same books or works out in the same gym as them loves this old music.

Can you imagine how attractive our faith, our practices, and our church music can be to others when we live out these things contentedly? Your neighbors might wonder why you seem to have so many celebrations at your house, and you have the opportunity to introduce them to Church festivals and saint commemorations. Your co-worker might wonder how you managed to secure a trustworthy, loving, mature spouse, and you might share with him the joys of having a church home and a family of Christ-centered people. Your friend might visit you and marvel at the beautiful artwork in your home, and you have a chance to share with her the sacred art of the Church and its long tradition of beauty. Acquaintances might wonder how all your children sing well and boldly, and you might share with them the hymns of the Church.

If Hollywood saw how Christians who are strongly entrenched in the culture and traditions of the Church actually lived their lives and conducted their worship services, they would certainly find numerous things to poke fun at—but they might also find that their vision of traditional church music as a laughable cliché, utterly incorrect. One could only hope they would see our music for what it is— a thing of solemn beauty and wonder.

Share the rich history of hymnody with friends and family, using a copy of Lutheran Service Book.

Marie Greenway has worked and volunteered as a church musician since childhood. She graduated from Hillsdale College with a degree in music and was formerly the music teacher at Immanuel Lutheran School in Alexandria, Virginia. Now, she has shifted from spending the day teaching other people’s children to spending the days and nights raising her own. Marie continues to stay involved at school by teaching piano lessons and coordinating the after-school music lesson program. When she is not teaching lessons, answering emails, or changing diapers, Marie loves to go on walks, read books, sight-read music, hang out with her husband, and risk all dignity earning smiles from her daughter. 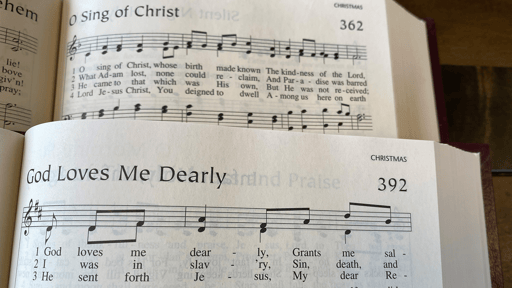