Composer of the Month: Sandra Eithun 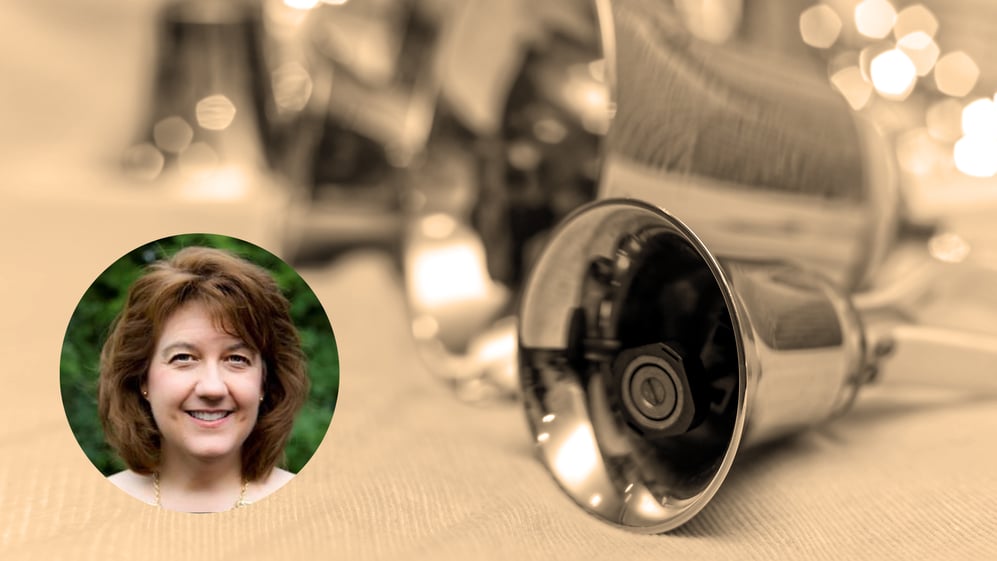 Sandra Eithun has composed dozens of handbell and piano compositions for CPH Music, most recently “Four Communion Hymns for Twelve Bells.” This collection continues a series of handbell music written for twelve bells, joining books with Advent, Christmas, and Easter themes. She also serves as the Director of Music Ministry at First Congregational United Church of Christ in New London, Wisconsin, a position she’s held since 1992. She is the organist for the congregation, accompanies the vocal choir, and directs three handbell ensembles.

A Handbell Piece in a COVID World

Since many churches with handbells don’t always have enough ringers to play pieces that require multiple octaves of bells, Eithun began composing for the Twelve Bells series. Although the series was immediately popular, the current landscape church musicians must maneuver because of the COVID-19 pandemic has made her compositions for fewer bells even more timely.

“[Our church is] live streaming now; we aren’t gathering,” Eithun said. “What we’ve done is handbell quartets during the live stream with masks and music stands spread out.”

Eithun said in recent years she’s collaborated with her son, Mitchell Eithun, to write many pieces for eight bells and optional keyboard accompaniment.

“It’s sort of like when you’re a kid and you only have the Crayola box with eight crayons and you still have to make something creative and pretty,” Sandra Eithun said. “Sometimes the keyboard parts can fill in where the bells are lacking. You have to think about being accommodating for people.”

In addition to accommodating for ensemble size in her recent handbell publications, Eithun said the COVID-19 pandemic has provided an opportunity for church musicians to consider highlighting handbells during this time when many congregations are limiting singing and the use of wind instruments.

“This is a time for us to be in the spotlight where people are bemoaning not having enough music. While we want to sing, it’s forced air,” Eithun said. “I would argue that you could tap into your musicianship. This is a time for handbells to be highlighted. We can provide what people are yearning for.”

Eithun, who has three handbell ensembles at her congregation, said she’s scheduled groups of ringers for the fall and winter months so that as many ringers who feel comfortable playing for live-streamed services will be able to.

“I think it’s a wonderful time for us to highlight the art, the idiom, and for us to show that we don’t have to be a full-blown group up here. We can still do something amazing with four people and with or without a keyboard,” Eithun said. “We all want to have church music back. We miss the singing. My hope is that handbell music will fill the void and that, ten years from now, we’ll look back on this and remember when we did what we could to keep our people engaged.”

Even when conditions eventually return back to what congregations are more used to, Eithun said she hopes handbells continue to provide an opportunity for people of all ages and musical skill-levels to be involved in making music for their churches.

“There will always be some amazing musicians in a volunteer church group. But there will also be a couple of weaker links,” Eithun said. “You want to pull them along and make them feel like they’re a part of the whole. Knowledge replaces fear, so if you can give them the knowledge they’re lacking to pull a piece off, it’ll take the fear out.”

Use handbells during your live-streaming or in-person services by playing Eithun’s new piece. Order the score by clicking the button below.