Composer of the Month: Martin Franzmann 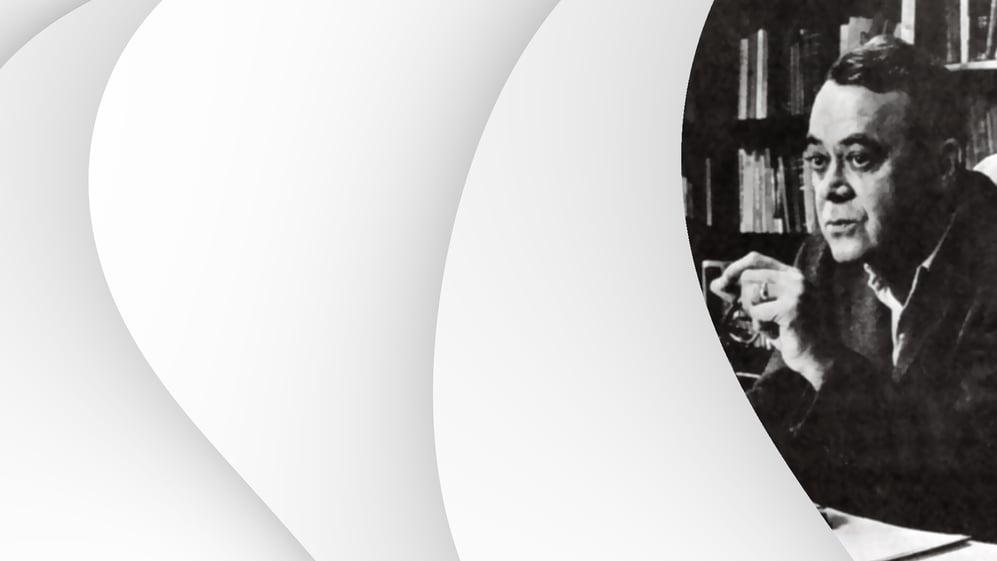 Not unlike many American Lutherans in the upper Midwest, Martin Franzmann (1907–76) was the son of a Lutheran pastor. Born and raised in Minnesota, Franzmann continued his undergraduate and seminary education in Wisconsin and ultimately taught at Concordia Seminary in St. Louis, Missouri.

Franzmann is perhaps the most beloved twentieth-century Lutheran hymnwriter; his well-known hymns “Thy Strong Word” (LSB 578) and “O God, O Lord of Heaven and Earth” (LSB 834) are two of his five hymns (and one translation) that appear in Lutheran Service Book.

In addition to being an author of theological books, Franzmann began writing hymns in English and translating them from German when he was still in his twenties. Although the first LCMS hymnal to contain Franzmann’s hymns was Worship Supplement (1969), Franzmann’s translation of “Rise again, ye lion-hearted” appeared in The Lutheran Hymnal (1941).

Franzmann wrote his most famous hymn “Thy Strong Word” in 1954, in anticipation of Concordia Seminary’s 1955 commencement ceremony. The work came about when Franzmann’s seminary colleague Walter E. Buszin approached Franzmann with a tune he had discovered: EBENEZER.

Franzmann initially wrote four stanzas (1, 2, 3, and 5 in LSB) to the tune EBENEZER, and the hymn was first sung during an October chapel service at Concordia Seminary in 1954. Franzmann added another stanza (st. 4 in LSB) for the 1955 commencement ceremony, and the sixth and doxological stanza was added in 1959, the fifth year Concordia Seminary sang the hymn at its commencement.

The next decade, Franzmann was commissioned by the Lutheran Council in the United States of America to write a hymn for the 450th anniversary of the Lutheran Reformation in 1967. The result was “O God, O Lord of Heaven and Earth.”

Jan Bender (1909–94) composed the tune WITTENBERG NEW to accompany Franzmann’s hymn, and the strength of the tune matches the vivid and raw poetry beautifully. This hymn and “Thy Strong Word” both appeared in The Lutheran Church—Missouri Synod’s Worship Supplement published in 1969 and have been beloved in the LCMS ever since.

Franzmann used Jesus’ parable of the sower from Matthew 13 to give structure to the hymn, which is ultimately for the sake of pastors and those who preach God’s Word, both in times of spiritual bounty and drought.

The last hymn Franzmann wrote that appears in LSB is his Easter hymn “Our Paschal Lamb, That Sets Us Free.” Written in 1974, two years before his death, it was initiated by Augsburg Publishing House’s request for new hymns in anticipation of the publication of Lutheran Book of Worship in 1978.

This hymn is based on 1 Corinthians 5:6–8, the Epistle and Verse for Easter in the one-year lectionary. Like “Thy Strong Word” and “O God, O Lord of Heaven and Earth,” this hymn draws connections between Old Testament prophecies and narratives and their New Testament fulfillment in the life and work of Christ.

Bring one of Martin Franzmann’s texts to your service with this wonderful concertato setting of “Thy Strong Word” by John Behnke.