Never Alone: God Is Always with You 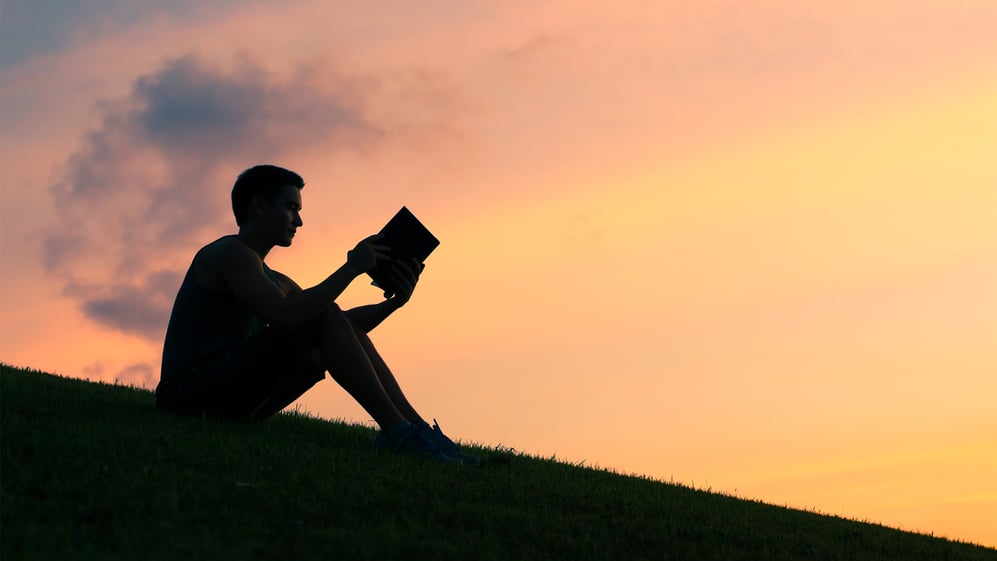 Trying times often cause fear, worry, stress, and anxiety. Currently, it’s also the cause of isolation and social distancing, which can increase loneliness. But Luther reminds us that we are never truly alone because God is always with us—in the joyful days, the sad ones, and even the in-between ones. Read the following passage from Volume 24 of Luther’s Works as a reminder of God’s constant faithfulness and the promises of His Word.

St. John Hus—we can surely do him the honor of calling him a saint, since he had far less guilt than we have—was burned at the stake in Constance. I have wondered very often how he, when he was all alone, could stand so firmly against the whole world, the pope, the emperor, and the entire council with not a single person to support him. On the contrary, he was condemned and cursed by everybody. Do you not suppose that for him prison often became narrow beyond endurance? Yet he had to comfort himself and overcome his fear with the very same verse with which Christ consoles Himself: “I am alone; yet I am not alone, for the Father is with Me.” For the prospect of suddenly losing all friends and companions from whom one has expected everything that is good hurts and makes one’s heart fearful. How the apostles would have had to feel if Christ had deserted them in this way and had left them in distress for an hour! If I myself—may God preserve me from it!—began to desert my friends and stood entirely apart from them, as though I no longer sided with them, what a separation and tearing there would be!

Therefore, Christ does not speak these words in vain and without a reason. They undoubtedly came from a heavy heart, and it must have been hard and unpleasant for Him to gather such courage and to tear Himself from all men by saying: “Very well, I must pardon you for leaving Me so completely alone, and I must make the best of it. But no matter if My own friends, the apostles, and the whole world forsake Me, this does not mean that I am alone; for I have a Father who does not forsake Me. I suffer and die because He has told Me to do so.”

It was also a great offense to the Jews when they saw Christ so lonely and deserted. They felt impelled to remark: “Now where are those who sided with Him and made such a great fuss about Him? If His cause were just and His doctrine true, they would surely stand by Him now. Together with Him they are now completely disgraced. No one wants to be seen or heard in His company.” Yes, He must even listen as they shout their verdict that God has nothing whatever to do with Him, as though He were damned and cursed by God. Still Christ stands firm against all this and says: “In spite of all this I am not alone; for the Father is with Me. This I know.” This gives Him support and a host that is greater than heaven and earth. For if the Father is with Him, then, of course, all the angels and the saints must be with Him, even if this is not apparent. And all must return to Him, as He says in John 12:32: “I, when I am lifted up from the earth, will draw all men to Myself.” But this has been recorded as an example for us, in order that if we should experience something similar because of His Word and our confession of it, we may learn to be sustained by this comfort, that we are not forsaken even if all men desert us, but that we can say with Psalm 27:10: “My father and my mother have forsaken me, but the Lord will take me up.” And we can say with Christ: “I am not alone, for the Father is with Me.”

This is Christ’s last farewell; He clasps His disciples’ hands as He bids them good night. He concludes His sermon impressively with the thought toward which His whole sermon had been directed. He wants to say: “This is the sum and substance of everything I have said. Its one object is to give you peace and consolation in Me when strife and anxiety must be your lot in the world. Whatever I have told you, I shall keep. Just think of this, and accept it, in order that you may again be sustained by it.” For He is well aware of the burden He is imposing on them and of what they will encounter. He has spoken of this often enough. Therefore, He admonishes them to cling to His Word and to keep it in mind when such things befall them. In those moments they will be able to find comfort and strength in His words.

It is natural for our flesh and blood to be bold and cheerful as long as there is no suffering and grief. Thus the proverb declares: “I do not fear ten men so long as I remain alone.” But when our situation changes, when trials and temptations come along and oppress us, we immediately forget the beautiful promises. Then the comforting thoughts vanish, as though Christ had never given a promise or had left no comfort at all. That is why Christ has cautioned them against this so often and so diligently by saying: “I have said this to you lest you forget it. For I am giving you clear information in advance that you will surely experience anxiety and distress. You must be resigned to this, and you should be prepared for it, in order that you may not lose courage and your comfort. But be of good cheer and unafraid, for I tell you that the battle is already won. You need not be afraid that I am going to send you to where you must venture at random, without knowing whether you will lose or win. This is not a matter of attacking first and risking a battle. No, the victory has already been won, and everything has been gained. But you must cling intrepidly and firmly to what I have told you.”

For resources to use during these difficult and uncertain times, click the button below.