Luther’s Catechism Series: The Second Petition of the Lord’s Prayer 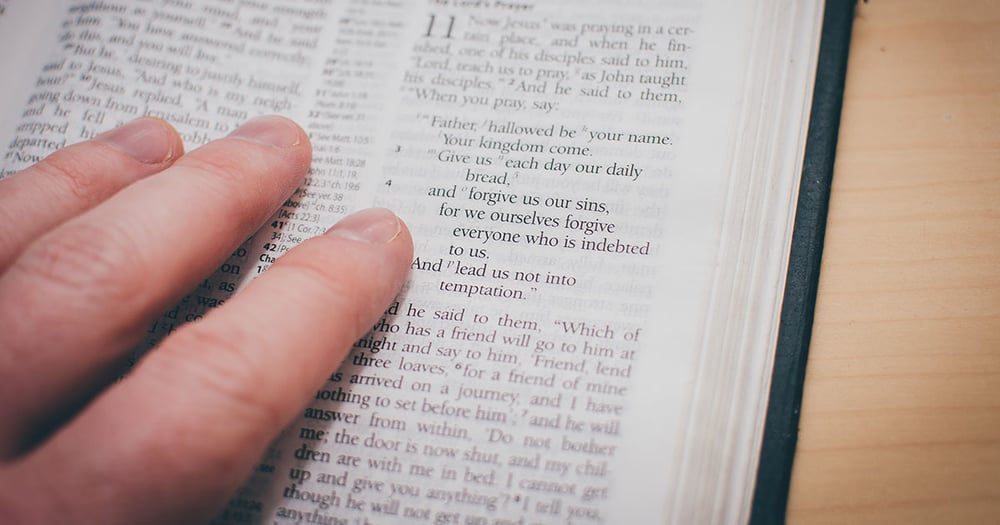 Luther distinguishes himself from all interpretations of the Second Petition before him, in that in the catechism he bases the kingdom of God in the Gospel of Christ, which in the First Petition he had foreshadowed under the topic of pure doctrine. The ‘Kingdom of Grace’ of the heavenly Father is here on earth only there to be found where the Gospel of our salvation through Christ’s sacrificial death is “genuinely preached throughout the world.” This is and remains Luther’s fundamental insight: How the Church is ‘creatur verbi,’ thus also God’s Kingship is governance through the Word from the cross.

In the catechism, the special emphasis for Luther lies with 1 Cor. 4:20 on the dynamic of the divine service. The message of our redemption in Christ is differentiated from our feeble and trifling human words in that through the power of the Holy Spirit it brings about living faith and loving obedience. Thus Luther’s explanation of the first two petitions revolves around the three topics that he names once again in his summary, “regarding the Gospel, faith and Holy Spirit.”

Victory over the Devil

The forces of chaos exclusively form the opposing enemy power to the kingdom of Christ and also to the dynamism of the Spirit. As the reformer pointed to the wrath of God as the adversary in the background in the Creed, so he now looks in the Second Petition only to the satanic powers. Christ has rescued us from the tyranny of the devil. The Holy Spirit drives Christ’s kingdom onward against the forces of Satan. Luther presupposes that the kingdom of grace is founded in Christ’s sacrifice and is built through the good news of the forgiveness of sins. His attention is directed almost exclusively to “the royal rule of the justice of the God who created the world.” God’s holy and merciful justice in Jesus breaks in into this perishing eon and repels the powers of tyranny. The One crucified and resurrected rules already now in faith and in love over all that is His “as a King of righteousness, of life, and blessedness.” In the resurrection from death, the Lord changed those who are His into His image of righteousness so that with Him they may “live eternally in perfect righteousness and blessedness.” Just as these statements vividly press forward to the eschatologically transformed life of total obedience, at the same time everything remains strictly bound to the heart recreated through the Good News in faith from the divine assurance.

The fact that Jesus, along with the proclamation of the breaking-in of God’s kingdom, also gives His disciples the assignment to heal those physically handicapped, as He Himself in His miraculous healings repelled the demonic powers, is not address by Luther. In this point, which inspires many questions, the testimony of the Reformation lags behind the full form of the biblical proclamation of the kingdom of God.

The Rule of Christ on Earth

This short summary of ours confirms how directly Luther in the catechisms identifies Christianity with God’s Kingship. As the confession on the Church did not have the ‘Ecclesia triumphans’ in view, but instead the rule of Christ here on earth, in the same way Luther also thinks primarily of Christ’s governance among the children of men. As Christianity as ‘creatura verbi’ finds its whole life and its status of being in the Word of God, God’s kingdom of grace also grows out of the preaching of the Good News.

As Luther concentrates the Early Church’s proposition from Cyprian: “Outside the Church there is no salvation” on the preaching of the alien righteousness of Jesus and subsequently refines it to: Beyond the faith worked by the Spirit in the sole saving mercy of Christ there is no salvation, it is also true for the divine kingdom of grace: It is only there in play, where the Word of Christ preached throughout the world is received in faith. Just as the Church of Christ from the very beginning onward lies in the conflict against Satan’s anti-church, the kingdom of God breaks into the tyranny of the forces of chaos.

As the Spirit of God advances His redeeming and sanctifying work “without ceasing until the Last Day” and gathers His Christendom from all peoples, He leads people to the eternal “kingdom” of Christ’s mercy. As the Spirit here of earth “daily increases” the holiness of those who believe in Christ through the “two part: Christian Church and forgiveness of sin,” He makes God’s kingdom intensively stronger “through daily increase” in the obedience of faith. As once and for all the Spirit “completes in a moment” the sanctification started here and will make those that are His “eternally holy” in the resurrection of the dead, He in the ultimate revelation of the kingdom of God will separate us from the corrupting powers “that we live eternally in complete righteousness and blessedness.”

To read more of Luther’s thoughts on the Second Petition of the Lord’s Prayer, order the academic Commentary on Luther’s Catechisms: Lord’s Prayer.