Luther on Prayer for the Dead and Communication with Spirits 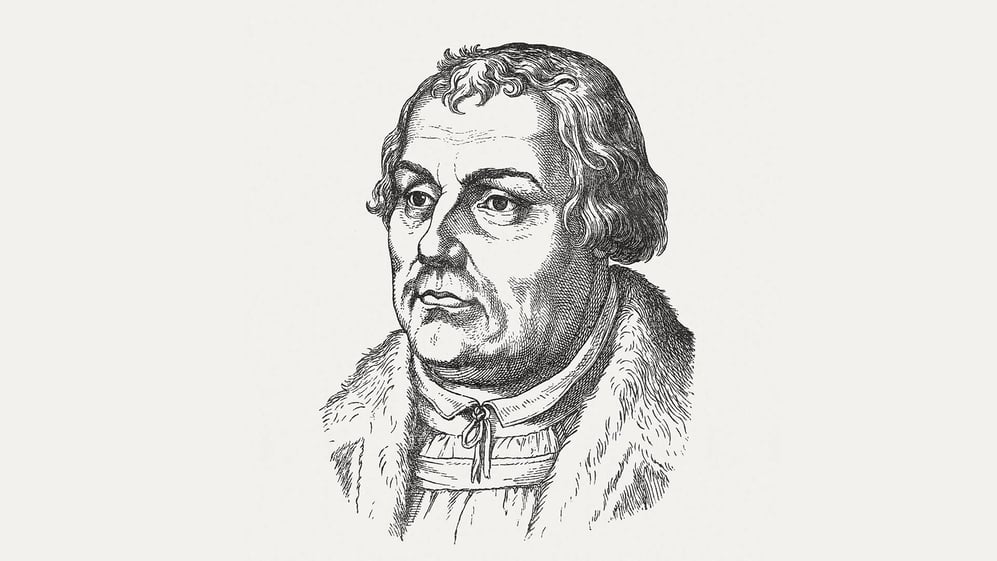 The following excerpt from Luther’s 1522 sermon for the First Sunday after Trinity provides the reformer’s commentary on prayer for the dead and communication with spirits.

Should Christians Pray for the Dead?

The fourth question is: Should we pray for the dead? Here in this Gospel reading no middle state is pointed out between the bosom of Abraham and hell; those in Abraham’s bosom do not need that prayer, and it does not benefit those in hell. We have no command from God to pray for the dead; therefore, no one can sin if they do not pray for them. No one can sin in what God has not commanded or forbidden. Yet, on the other hand, since God has not let us know what the condition of the souls is, and we must be uncertain about what is happening with them, we would not and could not prevent them nor make it a sin to pray for them. We know for certain from the Gospels [Mark 5:42; Luke 7:15; 8:55; John 11:44; Matt. 27:52] that many dead people have been raised, and we must confess that they had not yet received their final verdict. Thus we also cannot be certain that any other person has received his final verdict.

Now, since this is uncertain, and we do not know whether the soul has been sentenced, it is not a sin to pray for them. However, you should pray in such a way that you let it remain uncertain and say, “Dear God, if the soul is still in the state that it can be helped, then I pray that You would be gracious to it.” When you have done that once or twice, then cease and commend the soul to God. God has promised that He will hear what we pray. Therefore, when you have prayed once or three times, you should believe that He has granted your prayer and never again pray it, so that you do not tempt or mistrust God.

Martin Luther on Masses for the Dead

But when people institute eternal Masses, vigils, and prayers, and howl all year long, as if God had not granted them the year before—that is the devil and death, in which God is mocked with unbelief; such prayer is nothing but blasphemy of God. Therefore, guard yourself against this and avoid it. God does not care about such annual endowments, but about sincere, devout, believing prayer; that will help the soul, if anything will help it. Vigils and Masses certainly help the bellies of priests, monks, and nuns, but the soul is not at all helped by it, and God is only profaned by it.

However, if you have in your house a rumbling poltergeist who asserts that we can help them with Masses, we should assuredly regard that one to be a devil. From the beginning of the world, no [departed] soul has ever appeared; God does not want that to happen. In this Gospel reading you see that Abraham will not grant to the rich man that a dead person should teach the living; rather, he points to God’s Word in Scripture and says, “They have Moses and the prophets; let them hear them” [Luke 16:29]. Abraham is looking at God’s command in Deuteronomy 18 [:11] and draws our attention to what God says: “You should not inquire of the dead.”

Therefore, it certainly is nothing but the devil’s ghost when some spirits are troublesome and ask for so and so many Masses, such and such pilgrimages, or other works, and then appear in the clear light and pretend that people were redeemed. The devil produces this error so that people fall away from faith into works and think that the works can do such great things. This fulfills what St. Paul proclaimed (2 Thessalonians 2 [:10–11]), that God sends a strong error and temptation to unrighteousness on the unbelievers, because they have not embraced love for the truth so that they would be saved.

Therefore, be wise enough to know that God does not want us to know anything about what happens with the dead, so that faith, which believes that after this life God saves the believers and condemns the unbelievers, may have free course through God’s Word. Now, if a poltergeist should visit you, pay no attention to him, and be certain that it is the devil. Hit him with the words of Abraham: “They have Moses and the prophets” [Luke 16:29]; and, likewise, with the command of God: “You should inquire nothing of the dead” (Deuteronomy 18 [:11]). Then he will soon shuffle away. If he does not shuffle away, then let him make noise until he tires of it, and tolerate his wantonness for God’s sake in firm faith.

If it were possible that there were even one soul or good spirit, then you should still neither learn nor ask anything of him, since God has forbidden it. He sent His Son Himself to teach us everything that is necessary for us to know. What He has not taught us we should not want to know; we can be content with the teachings of the holy apostles, through whom He has preached to us. Nevertheless, I have written further on this in the Postil on the Gospel for the Day of the Wise Men and in my booklet on The Misuse of the Mass, where you can read more about this.

As an example of this, we read in the Historia Tripartita about a bishop who came to Corinth to attend the council. When he did not find suitable lodging for himself and his servants, he saw a deserted house locked up and asked if he could not lodge there. He was told that it was so frightful inside that no one could dwell in it and that many times people were found dead in it in the morning. Then he said nothing, but bid them enter immediately and spent the night inside. He saw clearly that it was the devil’s ghost, and he had a firm faith that Christ was the devil’s Lord; therefore, he despised him and went in to him. Then, through his praying and lodging there, the house was set free, so that from then on no rumbling or monsters were heard in it. So you see that the rumbling spirits are devils, and there is no reason to debate with them; rather, we should despise them with a cheerful faith, as if they were nothing.

Likewise, we read that Bishop Gregory of Cappadocia crossed the Alps and lodged with a heathen sacristan or sexton who had an idol which answered what he asked. The man supported himself with this business of telling the people secret things. Now, the bishop knew nothing about this and in the morning went on his way. However, the devil could not tolerate the holy man’s prayers and presence and fled from the house, so that the sexton from then on could no longer prophesy as before. When he now called to his idol and yelled about his loss, the devil appeared to him in his sleep and said that it was his fault because he had lodged the bishop, with whom he could not remain.

The sexton hurried after the bishop and complained to him that he had driven away his false god and livelihood and returned poor thanks for his lodging. Then the bishop took paper and briefly wrote: “Gregory to Apollo, my greetings. I permit you to do what you did before. Farewell.” The sexton took the letter and placed it by his idol; then the devil returned and did as before. Finally, the sexton thought: “What an insignificant god I have, who lets himself be forced and controlled by this guest who is a man!” He went to the bishop, was instructed and baptized, and so advanced that he became an admirable bishop at Caesarea in Cappadocia after this bishop’s death. That is how faith goes about simply and acts so boldly, securely, and powerfully. Treat your poltergeists the same way. 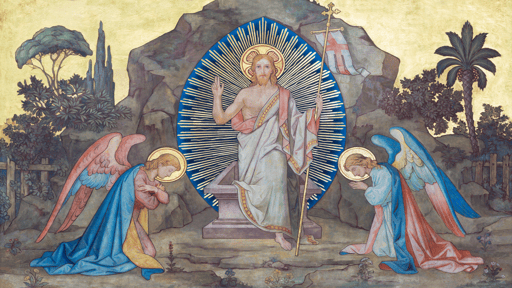