Fifth Sunday after the Epiphany 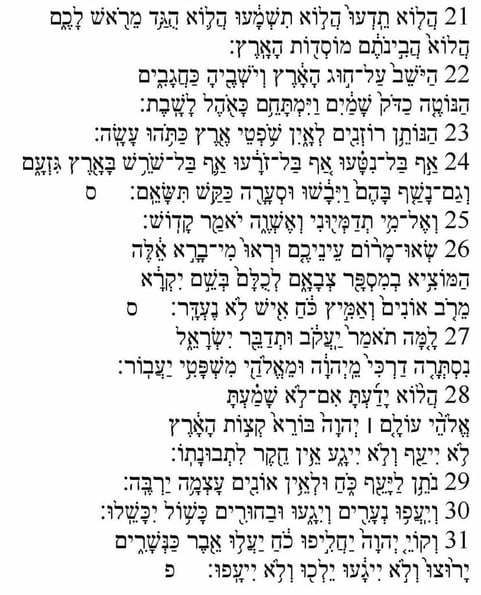 Do you not know? Do you not hear?
Has it not been told you from the beginning?
Have you not understood from the foundations of the earth?
It is he who sits above the circle of the earth,
and its inhabitants are like grasshoppers;
who stretches out the heavens like a curtain,
and spreads them like a tent to dwell in;
who brings princes to nothing,
and makes the rulers of the earth as emptiness.

Scarcely are they planted, scarcely sown,
scarcely has their stem taken root in the earth,
when he blows on them, and they wither,
and the tempest carries them off like stubble.

To whom then will you compare me,
that I should be like him? says the Holy One.
Lift up your eyes on high and see:
who created these?
He who brings out their host by number,
calling them all by name;
by the greatness of his might
and because he is strong in power,
not one is missing.

Why do you say, O Jacob,
and speak, O Israel,
“My way is hidden from the LORD,
and my right is disregarded by my God”?
Have you not known? Have you not heard?
The LORD is the everlasting God,
the Creator of the ends of the earth.
He does not faint or grow weary;
his understanding is unsearchable.
He gives power to the faint,
and to him who has no might he increases strength.
Even youths shall faint and be weary,
and young men shall fall exhausted;
but they who wait for the LORD shall renew their strength;
they shall mount up with wings like eagles;
they shall run and not be weary;
they shall walk and not faint.

Do you not know that in a race all the runners run, but only one receives the prize? So run that you may obtain it. Every athlete exercises self-control in all things. They do it to receive a perishable wreath, but we an imperishable. So I do not run aimlessly; I do not box as one beating the air. But I discipline my body and keep it under control, lest after preaching to others I myself should be disqualified.

Immediately [Jesus] left the synagogue and entered the house of Simon and Andrew, with James and John. Now Simon's mother-in-law lay ill with a fever, and immediately they told him about her. And he came and took her by the hand and lifted her up, and the fever left her, and she began to serve them.

That evening at sundown they brought to him all who were sick or oppressed by demons. And the whole city was gathered together at the door. And he healed many who were sick with various diseases, and cast out many demons. And he would not permit the demons to speak, because they knew him.

And rising very early in the morning, while it was still dark, he departed and went out to a desolate place, and there he prayed. And Simon and those who were with him searched for him, and they found him and said to him, “Everyone is looking for you.” And he said to them, “Let us go on to the next towns, that I may preach there also, for that is why I came out.” And he went throughout all Galilee, preaching in their synagogues and casting out demons. 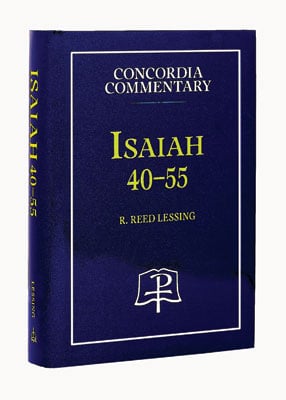 “Yahweh knows that many of his dispersed people will not immediately believe his great and precious promises (cf. 2 Pet 1:4). ‘Why do you say, O Jacob, and speak, O Israel, “My way is hidden from Yahweh, and my justice passed by my God”?’ (Is 40:27). Therefore, Yahweh responds with words that are similar to his theophany in Job 38–41, namely, a ‘cosmological argument for Yahweh’s ineffable incomparability.’ His use of rhetorical questions is part of a tradition that goes back to this question posed to Abraham and Sarah, ‘Is anything too hard for Yahweh?’ (Gen 18:14). ‘The effect of the questions is to give persuasive weight to the argument that the LORD is incomparable and the accomplishment of his plan inevitable’” (p. 169).