Doers of the Word in James 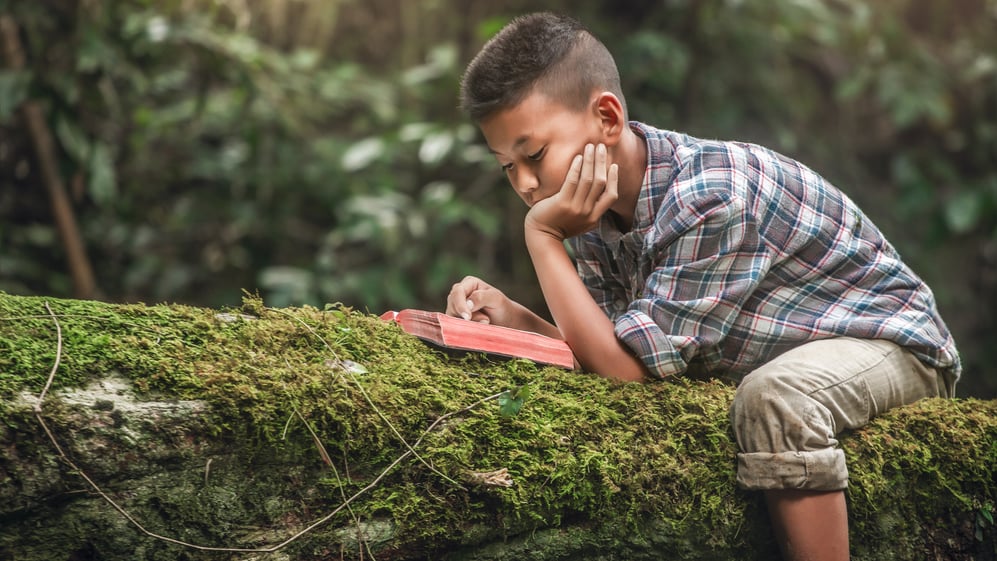 In Dr. Curtis Giese’s Commentary on James, Giese gives particular attention to James’s meaning in his use of specific words, including “faith,” “justification,” “Law,” and “Gospel.” In this excerpt, Giese looks at the implication and meaning of “doers” and “Word” in James 1:22.

And be doers of the Word and not only hearers, who deceive themselves.

James ended the last section (1:19–21) with the Gospel proclamation to “receive . . . the implanted Word, which is able to save your souls” (1:21). Lest anyone misunderstand what that means, James connects those words with 1:22 (and indeed 1:22–25) by a continuative δέ, “and” (1:22). James plans to articulate what effective acceptance of that implanted, saving Word actually entails. Thus James connects with clearly grace-centered words to indicate the basis from which he proceeds to inform what follows. The repetition of “Word” (λόγος) from 1:21 in 1:22–23 hints where the emphasis will lie. By grace, the gift is given to hear the freeing Word about the divine Word made flesh (Jn 1:14). The gift includes the receptive ears of faith to hear that Word.

We Are Presently Doers

Moving from the aorist imperative “receive” (δέξασθε, 1:21), which more generally describes the action as a whole, James proceeds to the more specific action of the present tense imperative “be” (γίνεσθε, 1:22) to indicate something particularly integral and ongoing: “And be doers of the Word and not only hearers” (γίνεσθε δὲ ποιηταὶ λόγου καὶ μὴ μόνον ἀκροαταί). With the present imperative “be” (γίνεσθε), James does not imply that the Christians he addresses have not been doers of the Word previously. Rather, some may be growing weary and battered. James simply encourages them to be characteristically engaged as doers of the Word in faith and action, reflecting their identity given as those newly born in Christ (1:18). As a result, translations such as “continue to be” or even “show yourselves to be” fit well.

At this point, it is appropriate to examine how James describes the written Word of God. When employing either “Word” (λόγος) or “Law” (νόμος), he typically intends these terms as synonymous, referring to the entirety of Sacred Scripture. Here “Law” corresponds to the OT word “Torah” or “Law,” which denotes the whole of divine teaching, not solely doctrinal Law (e.g., Pss 1:2; 119:70, 77).

After the respective head noun, “Word” (λόγος) or “Law” (νόμος), James often includes a modifier that highlights an aspect of Sacred Scripture. In 1:18, James refers to “the Word of truth” (λόγῳ ἀληθείας). While emphasizing Scripture’s veracity, that phrase does not in itself specifically denote doctrinal Law or doctrinal Gospel to the exclusion of the other. Yet its further description in 1:18 speaks of it as the means through which God gives the birth from above to be a kind of firstfruits of his new creation, thus clearly including Gospel in that “Word of truth” (cf. Jn 17:17). In James 1:21, as mentioned, he refers to “the implanted Word.” With the firstfruits eschatological nature of the immediate context (especially 1:18; see the commentary there), “the implanted Word” is reminiscent of Jer 31:31–34; Ezek 11:19–20; 36:25–27.

There the prophets tell of the Word having become intensely integral in the hearts of God’s people. The further description in James 1:21, “which is able to save your souls” (τὸν δυνάμενον σῶσαι τὰς ψυχὰς ὑμῶν), also clearly denotes Gospel. In 1:25, James speaks of “the perfect Law of freedom” (νόμον τέλειον τὸν τῆς ἐλευθερίας), which pertains to all divine revelation as Christ has perfected it by fulfilling it. That “Law” grants freedom through forgiveness and freedom to (begin to) live in the life Christ has already perfectly lived for us (see the commentary on 1:25). Thus “Law” by itself in 1:25 can indicate both doctrinal Law and doctrinal Gospel, and the modifier “of freedom” emphasizes the Gospel. The same is true of “the Law of freedom” (νόμου ἐλευθερίας) again in 2:12. “The royal Law” in 2:8 has another modifier that emphasizes the Gospel: “royal” pertains to God’s kingdom brought by Christ.

Doing the Word Means Receiving It

In light of the Gospel trajectory of the Word in 1:21 (also 1:18, 25), being “doers of the Word” (1:22) does not focus on human action according to God’s Law. Rather, “doers of the Word” refers first to a receptive faith that receives the gift of salvation in Christ as revealed in the Gospel. “The Word which Christians are to do is the same implanted Word which is able to save their souls.” It is a call to believe what “the implanted Word” (1:21) says, that “Word of truth” (1:18) about the redemptive blood of Christ that covers all their faults. “To be a doer of the Word is to do the will of God, and his Word and will are ‘that everyone which seeth the Son and believeth on him may have everlasting life’ (John 6:40). To do the Word is to believe it for the saving of the soul. The Word ever asks for faith and intends to work faith.” Even the gift of faith results from the gracious intervention of God, who is the giver of all good gifts (James 1:17; also Eph 2:8–9). Since James’ addressees are already baptized believers, James speaks of reaffirming the faith given them in Baptism.

Still wondering about faith and works in James?