God’s Presence in Baptism and Communion 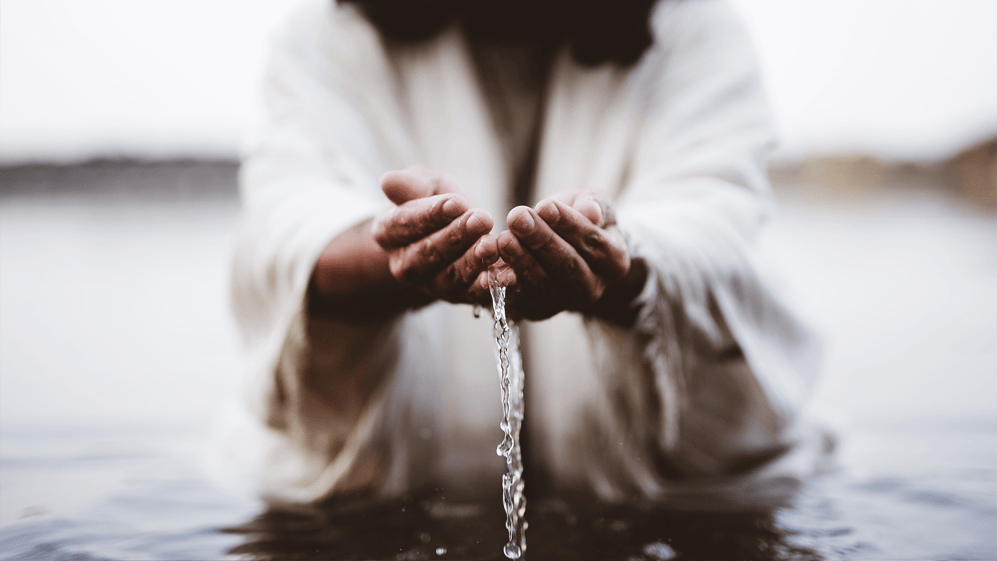 This post is adapted from The Spirituality of the Cross, third edition, by Gene Edward Veith Jr.

Today is an age of both unbelief and hyper-spirituality. Religion is fine as long as it is safely interior, as long as it is vague and immaterial. It may seem unspiritual to assert that a physical book—ink printed on paper—can have such effects, or that the Word of God preached from a pulpit—nothing, after all, but sound waves vibrating in the air, striking the tympanum of the ear and processed by the physical brain—should be the means by which the Holy Spirit creates faith and saves souls.

The Word of God itself speaks of other tangible Means of Grace, which, by the power of that same Word, also convey Christ and create faith. These are the sacraments: Baptism and Holy Communion. Lutheran spirituality is a sacramental spirituality, centered in the conviction that the Holy Spirit actually descends in the waters of Baptism and that Christ is really present in the bread and wine of Holy Communion.

The Word’s Presence in Baptism and Communion

It is certainly very odd that water, bread, and wine should have such significance—though perhaps it is no more odd than that ink on paper and sound waves should convey the Word of the infinite God. But Lutherans believe that the Gospel is conveyed, objectively, when a human being, even an infant, is baptized. The Gospel is also conveyed, objectively, when the Lord’s Supper is enacted and the communicant is fed with bread and wine, in which is present the actual body and blood of Jesus Christ given for the forgiveness of sins. These are astounding claims. But they are more examples of the objectivity of God’s grace and our justification by faith.

Just as God was present in His temple with the children of Israel, sustaining them with worship and sacrifices, so He is present today in His Church. The Word of God not only justifies sinners individually but also calls them together into the body of the Church. The Holy Spirit is strongly at work in local congregations, unlikely as it may sometimes seem, as the pastor proclaims the Word and teaches and applies it to his people. That Word is also operative in the life of the Church, in a particularly personal and intimate way, when the pastor baptizes and when he feeds his flock with the Lord’s Supper.

Connecting Baptism to the Resurrection

“Baptism . . . now saves you,” says the Bible. “Not as a removal of dirt from the body but as an appeal to God for a good conscience, through the resurrection of Jesus Christ” (1 Peter 3:21). Such words are clear and cannot be explained away. Baptism does save, not as a merely physical washing but because it connects us to the resurrection of Christ. Baptism does something. Paul could hardly be more explicit:

Do you not know that all of us who have been baptized into Christ Jesus were baptized into His death? We were buried therefore with Him by baptism into death, in order that, just as Christ was raised from the dead by the glory of the Father, we too might walk in newness of life. For if we have been united with Him in a death like His, we shall certainly be united with Him in a resurrection like His. (Romans 6:3–5)

Having Faith in Your Baptism

I know that to say this will scandalize many evangelicals. Christians of all traditions can learn much from Lutheranism, but in its sacramentalism they have to draw the line. Again, it is not my purpose in this book to argue for this doctrine or explain it in its depths. But the Lutheran understanding of Baptism is, in fact, the most evangelical of doctrines.

Certainly, Lutherans believe in the necessity of a personal faith. They also reject the rather magical view of Baptism, the view that it saves by virtue of the act itself. “How can water do such great things?” is the obvious question in Luther’s Small Catechism. “Certainly not just water, but the word of God in and with the water does these things, along with the faith which trusts this word of God in the water.” Nor is Baptism a human work, some ceremony that placates God. Baptism—like every other saving act—is not our work but the work of God. As Luther explains in the Large Catechism, “To be baptized in God’s name is to be baptized not by men, but by God Himself. Therefore, although it is performed by human hands, it is still truly God’s own work.”

To learn more about how Lutherans view the Sacraments and what makes Lutheranism different from other denominations, order The Spirituality of the Cross, third edition, below.

Gene Edward Veith Jr. is a retired English professor and college administrator, most recently at Patrick Henry College and Concordia University Wisconsin. He is the author of twenty-seven books, including Authentic Christianity: How Lutheran Theology Speaks to a Postmodern World; Christianity in an Age of Terrorism, and God at Work. He has a PhD from the University of Kansas and currently lives in Oklahoma with his wife, Jackquelyn. He has three grown children and twelve grandchildren.