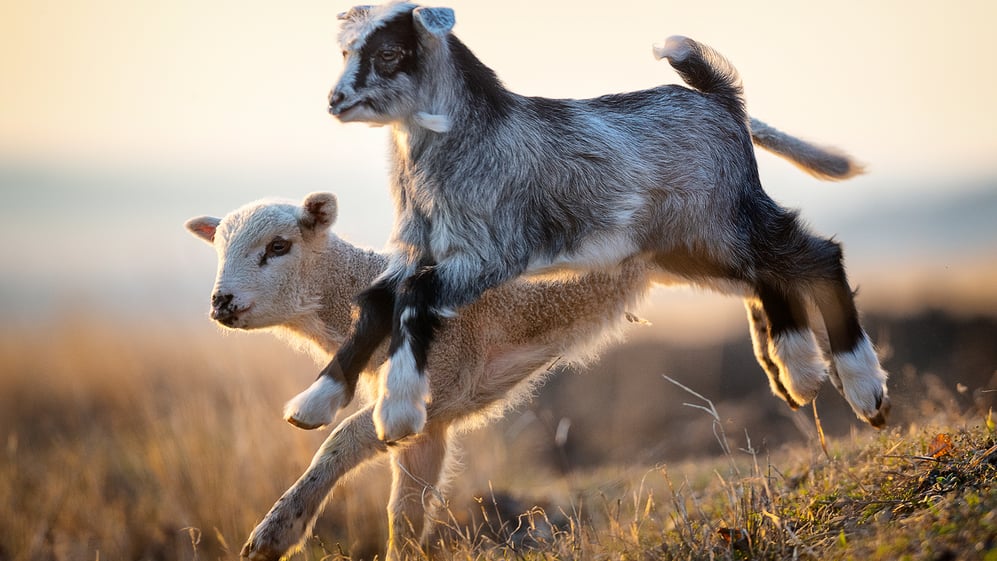 In Matthew 25, context plays a vital role to interpreting Jesus’ explanation of the final judgment. Jesus has made his triumphal entrance into the city of His crucifixion. Our Lord has taught many things: the parable of the two sons, in which the son who first refused to work in the vineyard changes his mind; what the signs will be of His return and how humanity will remain ignorant of the date; the parable of the ten virgins. These all stress a central theme—Christ’s return and the necessity of salvation in Christ alone.

In Christ, we inherit what we did not or could not earn and what we do not deserve: the kingdom that was prepared for us before the beginning of the world. In this weekend’s Gospel, we get a glimpse at the final judgement, the end of this world, when Christ returns. What will it be like? For those of us who are called by our shepherd-king, it will be a time of awe as we—because of Christ—inherit the kingdom that He prepared for us. Yet many who claim Christ and His eternal kingdom proudly present themselves before our Lord and point to what they have done and how good they are. Their inheritance will be the rewards of their own self-made kingdom: an eternal separation from their Creator.

Paul’s words in the Epistle (1 Corinthians 15:20–28) explicate Jesus’ words. When Jesus returns, those who have died in Christ will rise to eternal life. Death came through Adam, but life comes through Jesus. As we are tied to Christ, we will also rise. The victorious Christ will crush all authorities on earth, even death. The bridegroom will then present the bride, His Church, to the Father.

Ezekiel paints a picture both sobering and comforting of Christ’s return. The Lord will care for His flock, gathering them together to feed. Sadly, He will also pour out judgment upon those who have persecuted His sheep. This passage speaks to both the subjugated Israelites in Ezekiel’s day and to us today.

Matthew uses the Greek word ἀφορίζει to express “will separate.” Here, Jesus means that He will separate those who have faith in Him for salvation from those who don’t. Paul uses the same Greek term to state how Christ has set him apart for his ministry. So we understand separation in two senses. Like Paul, God’s Holy Spirit sets the sinner apart through the Means of Grace, using the Word and Baptism to create saving faith, and the Word and Holy Communion to sustain it. Second, Jesus will separate Christians from unbelievers in recognition of this faith at His return. Through faith, Christians are prepared for heaven at conversion.

Interestingly, the Greek term εὐωνύμων has two opposing meanings. Literally, the term means “good name.” On one hand, Jesus refers to the left side when speaking to the woman who asks for her sons to be seated at our Lord’s right and left. Both are considered places of honor and authority. On the other hand, εὐωνύμων also refers to those who are unlucky or accursed. Jesus intends this meaning in reference to goats, unbelievers.

In Matthew 25:46, Jesus refers to punishment for those on His left, unbelievers. There are two words for punishment in New Testament Greek. Κόλασιν refers to correction, but τιμωρία has the sense of vindictive punishment coming from outrage. Certainly, God is angry with sin, but kόλασιν indeed best expresses the Lord’s disposition toward man for the sake of Christ. Jesus has redeemed the whole world. God no longer desires suffering; yet sinners will either be made righteous in Christ’s “correct” life or spend eternity being corrected in hell.

Lest we be tempted to interpret Matthew 25 as evidence of proof of salvation through works, note that separation occurs before references to servanthood. While good works are part of the Christian life, they are not the cause of salvation, but rather the result. God’s Holy Spirit creates saving faith in sinners; servanthood follows. The phrase “inherit the kingdom prepared for you from the foundation of the world” clarifies. God does elect to salvation, but not to damnation. The accursed goats have rejected the saving Gospel of Jesus Christ.

Ultimately, the passage reprimands hypocrites and comforts the faithful with the final vindication. Unbelievers may in fact perform works that benefit the world, but not for faith in or love for Jesus. The phrase “you did it to Me” gives proof. Christian works are “good” as they are washed in the blood of Christ. In the end, hypocrites will be revealed and Christians vindicated.

Regarding the Gospel, the primary and general comfort is forgiveness, and specifically for our failure to pick up the cross of Christ and to live in servanthood as He did. God elected His children before the foundation of the world. God forgives our laziness and lack of love for the sake of the Great Servant.

As is always the case, this passage points to the work of Jesus Christ. The Lord refers to “the least of these,” as an encouragement to love and serve even those who society deems low. Christ suffered and died for all, making no distinction, and His suffering is enough to render any sinner righteous through faith.

There are differences between each Gospel account. Study them in parallel to