Musical Literacy, Sightreading, and the Church 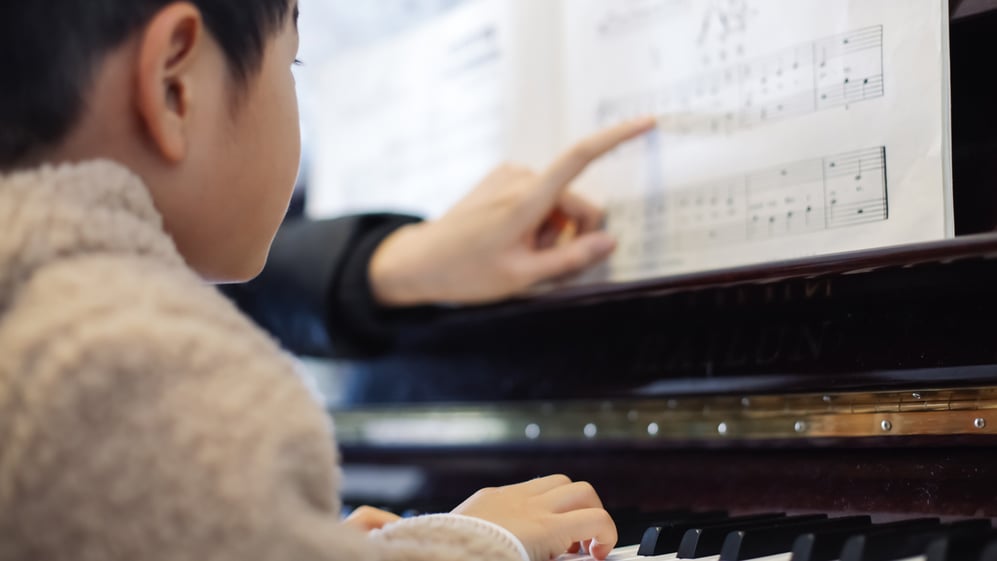 Can you comprehend a world without literacy? Think for a moment about a world in which only a small percentage can read and a smaller percentage can read well. If we church musicians also consider music essential to life, should we not also consider music literacy, especially in the form of sightreading, an indispensable skill for any budding, and accomplished, musician?

Even the oldest students need a break from their hard work every once in awhile, and so I found myself breaking out a picture book detailing the life Guido d’Arezzo to read to my middle schoolers during a recent class. Never heard of Mr. Guido? Well, I’m no authority on the subject, but according to this book, Guido d’Arezzo was the man who invented musical notation. Think of it: for thousands of years, music had existed in every civilization, but it wasn’t until the Middle Ages when a system of notation was invented. Can you imagine your whole musical life consisting solely of improvised or memorized music? Some of you now may be daydreaming of life in the ancient world, but that sounds miserable to me!

Without entering into a detailed account of the history of music and musical notation, suffice it to say we would not have the rich treasury of music we have today if it were not for written music. Can you imagine learning a Bach fugue simply by copying it from your teacher, who in turn learned it from copying his teacher? Could an orchestra make it through even a portion of Beethoven’s Fifth without music on their stands? Would we still remember Mozart in the twenty-first century if only the memory of his works had survived? What would the world be like without written music?

My answer: a dark, dark place.

Keep in mind that this is coming from a person who thrives off of the sight of all those little black dots weaving their way through the maze of lines and spaces that is the musical staff. I never was one for improv; I’m a textbook rule-follower, a perfect candidate for Orwell’s 1984—no, not Winston Smith, but one of the nameless masses who doesn’t ask too many questions and makes sure to follow procedure. It’s not a flattering description, but it may clue you into why I love reading music so much. It’s there, it’s not going to change on me, and all I have to do is follow all the rules to play it correctly.

Of course, reading music is more than following rules; it is actually deciphering another language. All the old tricks to figure out the names of notes on lines and spaces—the classic FACE and “Every Good Boy Deserves Fudge” and any other sentence you use to remember them—only give us the alphabet. In this language, your level of sightreading ability shows your fluency. Think of it: if we presented a partially literate person with a paragraph written in the English language and gave him a month to recite it, he could go through it word by word and, with the help of a teacher, phonetically sound out every word and practice and practice until he could read it without hesitation from beginning to end. But present that same paragraph to a literate person? He can read us the paragraph nearly perfectly after briefly looking it over once or not at all.

The same is true for music. We’ve all been there, guiding a student through a song, attempting to patiently lead them through difficult passages over and over. But perhaps you’ve also experienced the joy of watching a student tackle a piece after looking at it for the first time. She might not play it perfectly, but she can read it well. So many people, even musicians, struggle to sightread on any instrument. How can we encourage this important skill?

Learning a language is rarely a glamorous task. It takes patience and perseverance. It takes knowledge and application of rules as well as practice, practice, practice. Music is no different. We all want to sit down and play Chopin like it’s nothing but often underestimate the amount of work that goes into it. It is not all beautiful music—it is years and years of struggling through the simplest melodies, practicing scale after scale after scale, conquering stage fright to perform at recitals, playing songs frustratingly slowly, repeating difficult passages again and again and again and AGAIN until your brain is fried. My mom used to whip out a little staff with a movable quarter note to practice note names. I HATED that thing but am now reaping the plentiful benefits (thanks, Mom!).

And, just like with any language, the key to beginning musical literacy is exposure to music. When we read books to children, they start to internalize the sounds of the language; they begin to recognize all sorts of vocabulary. When they look at the words of a book as they are read to, they are at least familiar with letters and the way words are constructed. They also start to understand cadence and inflection. Similarly, when children are exposed to (good) music, they begin to understand tempo and dynamics, pitch and rhythm, harmony and harmonic progression. When they then start to play music themselves, they are already familiar with the way music is supposed to sound. Additionally, when they actually look at written music, they begin to understand how it is structured and ordered. Showing them music before they can read it primes them to at least be familiar with various symbols and words so that when they learn musical literacy, they already have a head start on recognizing the parts of the whole.

Musical Literacy and the Church

As Lutherans, we have a great resource in introducing people to music: the hymnal. When nonmusical people look at the hymnal, they begin to understand the way music works. They become familiar with phrasing and four-part harmony, even if they can’t correctly name these things. Furthermore, the Church has an endlessly rich history of music and was the first institution to produce written music. You want to learn music? Start with singing hymns and chanting psalms. Open your hymnal. Follow the melody. This will teach more than you think.

Certainly I am not here to berate anyone for not knowing how to read music, but consider the richness of such knowledge and such a skill. Consider the world that is open to you when you can read music on any instrument. Consider that aspect of all cultures that now becomes understandable to you. And churches, use your hymnals! They are an incredibly valuable resource that opens up an entire world of beauty and joy.

Use My First Hymnal: Accompaniment Edition to teach students the basics of note-reading and harmonization with familiar hymns.

Marie Greenway is a music teacher at Immanuel Lutheran School in Alexandria, Virginia. She graduated from Hillsdale College with a degree in music and has worked and volunteered as a church musician for several years. When Marie is not studying, listening to, or performing music, she likes to read, run, and eat chocolate ice cream.