Music of the Month: Festival Gloria 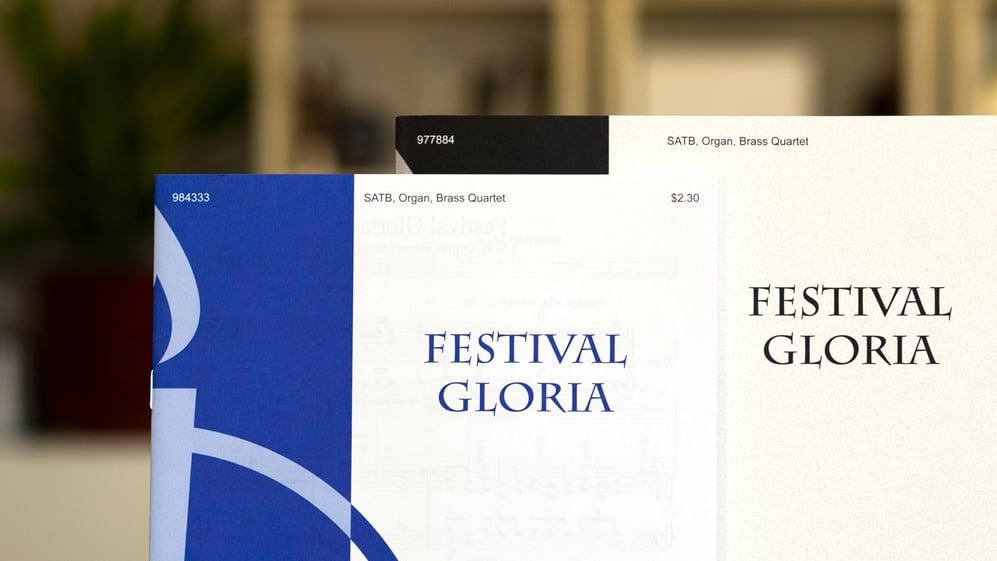 Jacob B. Weber has composed a thrilling Gloria for SATB, organ, and brass quartet. Featuring joyous symphonic writing, the piece begins with a fanfare interplay between brass and organ, leading directly into angelic strains of “Gloria in excelsis Deo!” Moments of warm, rich choral writing complement the text. Set entirely in Latin, this setting can be a featured addition to any high school or college Christmas concert, or, when appropriate, a festival Divine Service setting during the Church Year.

The Eastern Church has sung the Gloria in Excelsis in morning Matins services and on feast days since the second century. The Catholic Church began using it as an ordinary in the Mass once it was translated into Latin, as it appears in Weber’s "Festival Gloria," in the fourth century. The Lutheran Church has always observed the Gloria in Excelsis as an ordinary in the Divine Service.

Although we all recognize the angels’ message on the night of Jesus’ birth—“Glory to God in the highest, and on earth peace among those with whom He is pleased!” (Luke 2:14)—the remainder of the Gloria forms a doxology, a hymn of praise to the Holy Trinity.

The Gloria in Excelsis appears in all five settings of the Divine Service in Lutheran Service Book, with various translations, and is set to different musical settings in each case. Weber’s “Festival Gloria” adds a choral and orchestral interpretation.

The angels’ singing of “Gloria in excelsis Deo” celebrated and marked the presence of God Incarnate at the manger in Bethlehem on the first Christmas. Every time we sing it today in the Divine Service, we mark the presence of Jesus Christ among us—in His living and active Word and in His blessed Sacraments.

Glory to God in the highest!
And on earth peace to people of good will.
We praise You. We bless You.
We adore You. We glorify You.
We give You thanks for Your great glory.

“Festival Gloria” begins with brass quartet and organ for the first nine measures, followed by a grand SATB choral entrance in measure ten, proclaiming “Gloria in excelsis Deo!” SA and SATB expressions of the same text follow before the accompaniment drops out and the SATB follows with “Et in terra pax hominibus bonae voluntatis” a cappella.

The piece proceeds with alternating accompanied and unaccompanied choral expressions of the remainder of the Gloria, and “Festival Gloria” concludes with a final grand expression of “Gloria in excelsis Deo” by the entire brass quartet, SATB choir, and organ.

Throughout the score, Weber includes useful expressive suggestions for performance, from beginning the singing in a “declamatory” style, to warm and rich a cappella portions of the text, to its “joyful,” dance-like conclusion.

“Festival Gloria” is an ideal piece for a high school or college ensemble to use as a musical performance, but also for a church choir to use with instrumentalists for a festive Divine Service, either at Christmas or throughout the Church Year, to enhance the ordinary Gloria in Excelsis.