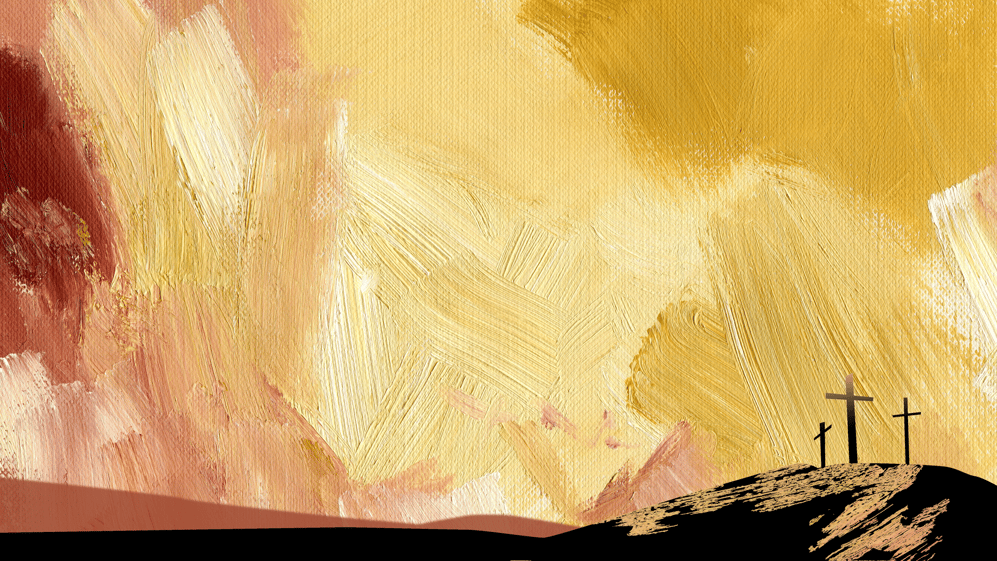 Phil Rigdon shares his teaching observations on our God-given talents, skills, and abilities while reminding us that Christ remains all sufficient for us.

Recently, my seventh- and eighth-grade students were discussing the difference between talent and skill, concluding that talents are natural abilities in various areas given by God and skills are abilities developed using those natural gifts. Each person has natural talents given by God, perhaps in the areas of academics, athletics, music, organization, or working with people. We develop those talents so we can accomplish amazing feats.

Take basketball, for example. I can play the game, but I do not have talent in this area. I watch professional basketball players and sit in amazement at their ability. To move the ball up and down the court, to block shots, to put the ball in the basket from close range (or long-range especially), all while dribbling are impressive feats indeed. What impresses me even more is the ability of professional athletes to accomplish these feats so consistently. These players have taken God-given talents and honed them such that they can be counted on.

The prophet Daniel was similarly able to use his skills in this consistently successful manner. Despite being taken captive by the Babylonians following Babylon’s siege against Judah, Daniel had risen to a high position by interpreting King Nebuchadnezzar’s dream and remaining faithful to the Lord throughout. Daniel continued faithfully serving the Lord until Babylon was conquered by Persia. Even when under a new empire and a new king, Daniel was steadfast.

Then this Daniel became distinguished above all the other high officials and satraps, because an excellent spirit was in him. And the king planned to set him over the whole kingdom. Then the high officials and the satraps sought to find a ground for complaint against Daniel with regard to the kingdom, but they could find no ground for complaint or any fault, because he was faithful, and no error or fault was found in him. Then these men said, “We shall not find any ground for complaint against this Daniel unless we find it in connection with the law of his God.” (Daniel 6:3–5)

Daniel deserves credit for his forbearance, obedience, and faithfulness under extremely difficult circumstances. From the prophet, we can learn how the Lord will bolster us with His strength when it becomes challenging to remain faithful to Him. Daniel was taken from his home, his familiar surroundings, language, culture, and means of expressing his faith in the Lord. He was forced to operate in and absorb an entirely different culture. No doubt it must have been tempting for Daniel to surrender to the pressures of life in Babylon, to take this new culture, and even to cast God away for the worship of Babylonian gods.

Can’t we relate? How often have we used circumstance as an excuse to sin? A child doesn’t get his way and uses this circumstance to justify breaking things in the house. A teenager whose parents have little money uses poverty as an excuse to shoplift. A husband shouts at his wife and then claims innocence on account of having had a stressful day at work. A parent involves his or her children in a traveling sports team that precludes worship and Sunday School, claiming, “I never had opportunities to play sports as a child.” The Lord calls us and promises to equip us to remain faithful even amid tough circumstances.

Despite Daniel’s exemplary success, he was a sinner—the same as you and me. He was conceived in sin, as we learn in Psalm 51, and disobeyed the Lord as all others do, although we hear more of Daniel’s successes than failures. Daniel was an example, one who pointed us to One who is truly faultless, Jesus Christ. Like Daniel, Jesus lived in challenging circumstances. He was born under Roman rule, was raised on a carpenter’s wages, and suffered the temptation to sin just like all others. Yet He never once sinned. Like Daniel, Jesus was the object of unfair scrutiny and false accusation. In Matthew 26:59–60, we read, “Now the chief priests and the whole council were seeking false testimony against Jesus that they might put him to death, but they found none, though many false witnesses came forward.”

Although the high officials and satraps could find no fault in Daniel, they still placed him in the lions’ den. While the chief priests and the whole council could find no truthful accusation against Jesus, our Lord was condemned to death on the cross. God delivered Daniel from the lions’ den. God did deliver the Son from death, but only after Jesus suffered arrest, false accusations, condemnation, flogging, spitting, bearing the cross to Golgotha, being nailed to the cross, and dying.

Through faith created by the Holy Spirit in the Word, Jesus gives His faultless work to sinners. First, Jesus was perfect in our place, fulfilling God’s expectations fully without ever once sinning. He then took our sins to the cross and paid the price fully. Jesus received our sins, and we received His perfect work of salvation. Paul puts it this way in chapter 5 of his Second Letter to the Church in Corinth: “For our sake He made Him to be sin who knew no sin, so that in Him we might become the righteousness of God.”

Although we continue to struggle with sin, it is not too much to say that we are found faultless in our Christian faith. Where the world may find nothing but fault in us, God looks at us and sees the faultlessness of Jesus Christ.

Encourage your students to develop their talents in Godly ways with the Enduring Faith Bible Curriculum! 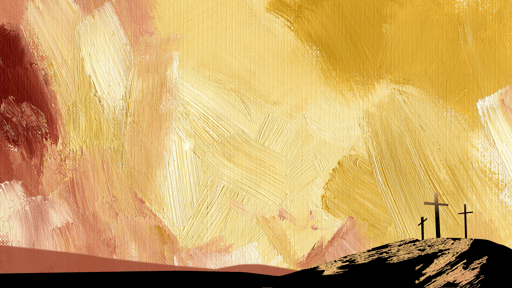 Phil Rigdon shares his understanding of Christ’s work for us, regardless of our abilities or natural talents in this devotional reflection. 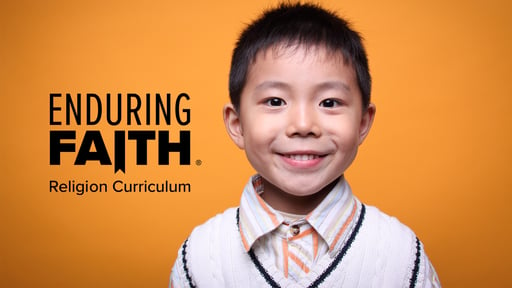 Use this post as a quick reference guide to learn about the key features of Enduring Faith Religion Curriculum for Lutheran Schools.