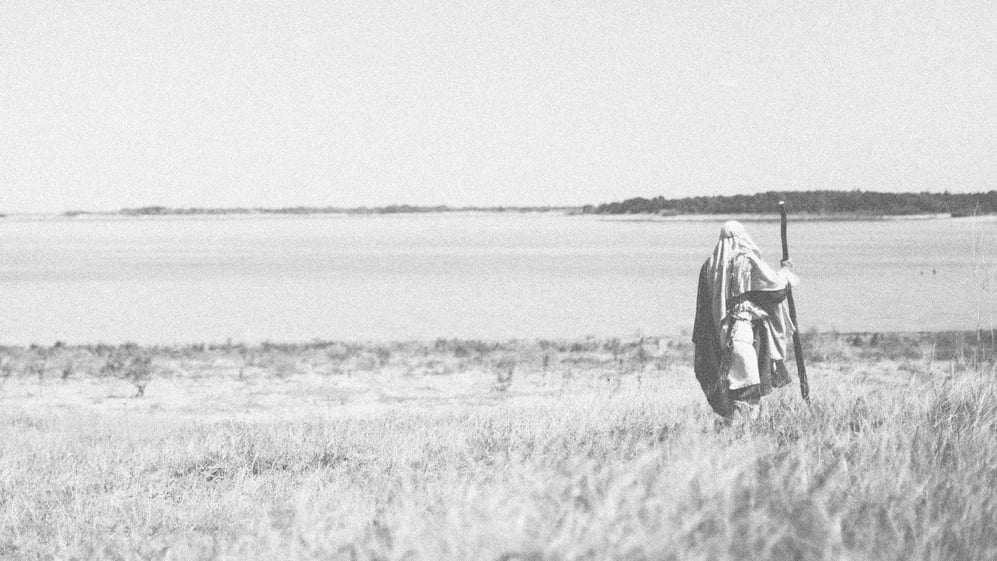 Paul’s missionary journeys are an incredible part of the Bible. The area that he covered to proclaim Christ as the Savior, even to those who would potentially kill him, makes Acts a phenomenal book on witnessing. But Paul wasn’t always a Christian, nor was he originally named Paul. To understand the beginning of Paul’s missionary journeys and why he felt compelled to begin, let’s look into Paul’s conversion to Christianity as told in Paul: Life and Letters, starting from when he was called Saul.

Saul started his Jewish education as soon as he was able to speak: “the little toddler was taught to kneel with his face turned towards far-away Jerusalem and with raised hands say his morning and evening prayers” (p. 9)  From there, he started catechesis—asking questions about his faith and attending school to learn “to bear good fruit in abundance” (p. 10). After his graduation, around the age of fourteen, Saul’s parents sent him away to the House of Interpretation—the equivalent of a modern seminary.

The journey to the House of Interpretation would see Saul traveling for many days through the Holy Land until he reached Jerusalem, likely making the journey overland with a group of pilgrims, where he would have seen the likes of the river Jordan, Lake Galilee, Mount Tabor, the Well of Jacob, and even Jericho. These would have all been incredibly important sites, giving Saul a beautiful remembrance of his Jewish heritage and Old Testament history.

Saul entered the more liberal of Jerusalem’s two great schools, which placed tradition above the Law, and advanced in his studies ahead of the others—becoming “a very self-righteous Pharisee and a red-hot patriotic zealot” (p. 22). He studied for long years before passing an examination of his moral character and returning home, having earned the title of “Rabbi” himself.

When Saul returned home, he persecuted Christians, imprisoning many and trying to make them blaspheme, even holding the garments of those who stoned Stephen. “The persecution of the Christians turned out for good. Christ had commanded the apostles to preach the Gospel to all nations, and yet they stayed at Jerusalem. The persecution scattered the sparks to light new fires” (p. 29).

While good, it does not mean Saul was choosing the correct path. As a devout Jew, at this point, he believed he was obeying God by putting to death false believers. That is until Christ revealed himself to Saul in a vision on the outskirts of Damascus.

Now as he went on his way, he approached Damascus, and suddenly a light from heaven shone around him. And falling to the ground he heard a voice saying to him, “Saul, Saul, why are you persecuting me?” And he said, “Who are you, Lord?” And He said, “I am Jesus, whom you are persecuting. But rise and enter the city you will be told what you are to do.” (Acts 9:3–6)

Saul rose from the ground, and although his eyes were opened, he saw nothing. So they led him by the hand and brought him into Damascus. And for three days he was without sight, and neither ate nor drank. (vv. 8–9)

For some days he was with the disciples at Damascus. And immediately he proclaimed Jesus in the synagogues, saying, “He is the Son of God.” And all who heard him were amazed and said “Is not this the man who made havoc in Jerusalem of those who called upon this name? And he has not come here for this purpose, to bring them bound before the chief priests?” But Saul increased all the more in strength, and confounded the Jews who lived in Damascus by proving that Jesus was the Christ. (vv. 19–22)

Saul was infinitely changed when Christ converted him. No longer could Saul deny Christ’s resurrection, as he had seen himself that Jesus was the true Son of God. He now had a firsthand account of the truth in the Gospels that had been preached throughout Jerusalem.

“Without the resurrection of Christ the conversion of such a one as Saul would have been impossible. The conversion of such a one as Saul is one of the strongest proofs of the resurrection of Jesus of Nazareth. As a mighty earthquake changes the whole course of a river, so the appearance of the risen Redeemer changed the whole life course of Saul … Saul of the Pharisees becomes Paul of the Nazarenes. The great persecutor of Christ becomes the great apostle of Christ” (pp. 39–40). From here began Paul’s missionary journey to spread the Gospel to the ends of the earth.

To continue learning about Paul’s missionary journeys as documented in the Book of Acts, check out Bringing the Gospel to the Ends of the Earth: Paul’s Missionary Journeys with Rev. Dr. Ken Schurb on CPH FaithCourses® below.