What Was Martin Luther's Best Book? 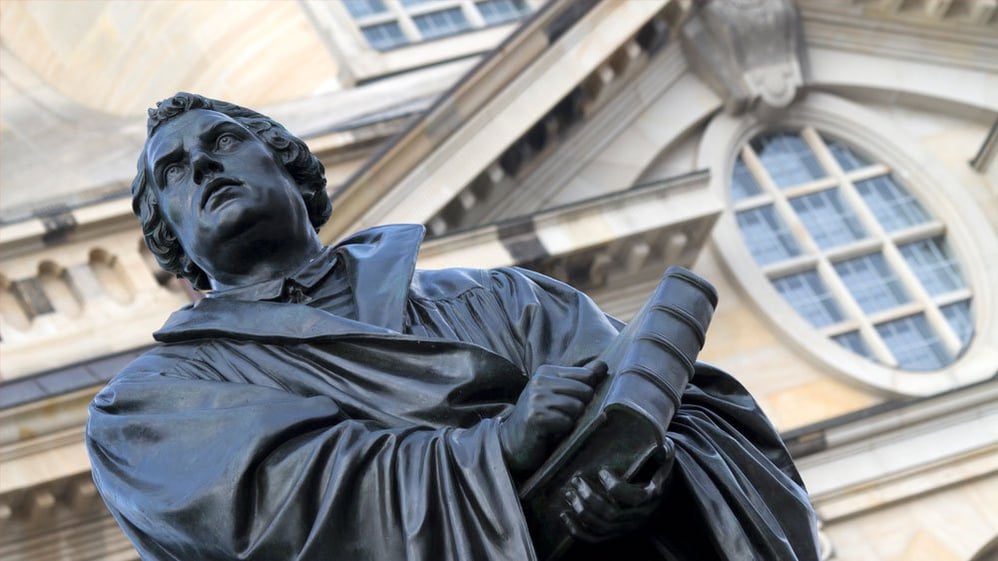 The posting of the 95 Theses set into motion the events that would lead to a reformation and purification of the public teaching and practice in the Western Church, especially in Germany. At this time, therefore, it is good and right to consider what those writings were which moved the Reformation forward and set forth the Gospel in its purity.

What was Luther’s best book?

If you ask most Lutheran pastors what Luther considered his best book, they might say The Bondage of the Will and the Small Catechism. This is true, or at least it was in 1537. That year, in a letter to Wolfgang Capito of Strassburg (LW 50:173), Luther stated he saw no reason for any of his writings to be reprinted in an edition of his works except for The Bondage of the Will (1525, LW 33:3–295) and the Catechism (1529). Note that by “Catechism” Luther might have meant either the Small Catechism or the Large Catechism, or both. So in 1537, those were his best books. But we should not allow this one statement to answer the question definitively. On other occasions Luther listed other books as his “best.” (Here I am indebted to Gerhard Ebeling, Evangelische Evangelienauslegung, p. 36 n. 72.)

The Herr Doctor often took this book to church with him and liked to read in it. As I and others heard from his own mouth at table, this was the best book he had written, “though I did not write it,” he said, “but Dr. Caspar Cruciger showed his deep understanding and great diligence in [editing] it. After the [translation of the] Holy Bible, this should be [esteemed as] my most worthy and precious book.” (Johann Mathesius, Historien von des Ehrwirdigen in Gott Seligen thewren Manns Gottes, Doctoris Martini Luthers, anfang, lehr, leben, und sterben [Nürnberg: Johann von Berg, 1566], in Georg Loesche, ed., Johannes Mathesius: Ausgewählte Werke [Prag: Calve, 1898], 3:262, as translated by Christopher Boyd Brown in LW 69:8.]

Thus, according to Luther his “best works” are:

No doubt, this list may seem too short to those who love Luther’s writings. Something seems to be missing. Because Luther lectured on Genesis (LW 1–8) at the end of his life (1535–1545), and they began to be published only in 1544, two years before his death, we do not have a statement from the Reformer placing these lectures on the same level as the other “best works.” The House Postil, edited first by Veit Dietrich in 1544, has also been very popular, but was published too late for Luther’s views on it to have been recorded. (A partial English translation of Dietrich’s edition of the House Postil was made by Matthias Loy, Sermons on the Gospels for the Sundays and Principal Festivals of the Church Year, 2 vols. [Rock Island, Ill.: Augustana Book Concern, 1871].

A posthumous, completely revised edition of the House Postil was prepared by Andreas Poach in 1559; this edition was translated under the editorship of Eugene Klug as Sermons of Martin Luther: The House Postils, 3 vols. [Grand Rapids: Baker Books, 1996]; reprinted as vols. 5–7 of The Complete Sermons of Martin Luther [Grand Rapids: Baker Books, 2000], which of course do not contain all of Luther’s sermons.) What is missing from the list also are so many of the works considered necessary reading in a seminar on the Reformation, such as the 95 Theses (1517), the Heidelberg Disputation (1518), Two Kinds of Righteousness (1519), To the Christian Nobility of the German Nation (1520), The Freedom of a Christian (1520), and The Babylonian Captivity of the Church (1520); as well as works emphasizing the evangelical catholicity of his reform, such as This is My Body, Confession concerning Christ’s Supper, and On the Councils and the Church; not to mention his sermons and private letters. It is astonishing that Luther’s treatises, so popular among church historians, are not ranked so highly by Luther himself. Except for the Bondage of the Will and the Catechisms, all of Luther’s “best books” are Bible commentaries or the translation of the Bible itself.

Perhaps the main question for heirs of Luther in the 21st century is, “Why read Luther at all, 500 years later?” There are several reasons:

Get Started with a Martin Luther Reading Plan

Do you really need a reading plan to read Luther’s best books?

On the other hand, perhaps you may want to read Luther’s writings in connection with the Church Year. In that case, take a look at George Kraus, A Guide to a Year's Reading in Luther's Works – Downloadable. This will lead you through an in-depth study of the writing of Luther. Each daily reading was carefully chosen and arranged throughout the course of the year to help make your study both timely and fruitful. For the main festivals of the Church Year, you will read something by Luther related to that theme. For the rest of the year you will read a good sampling of Luther’s most important works.

Therefore, there is no better time to start reading Luther than now! Start your day first with Holy Scripture and prayer, and then pick up a volume of Luther, or load up an e-book of Luther, and be enriched!