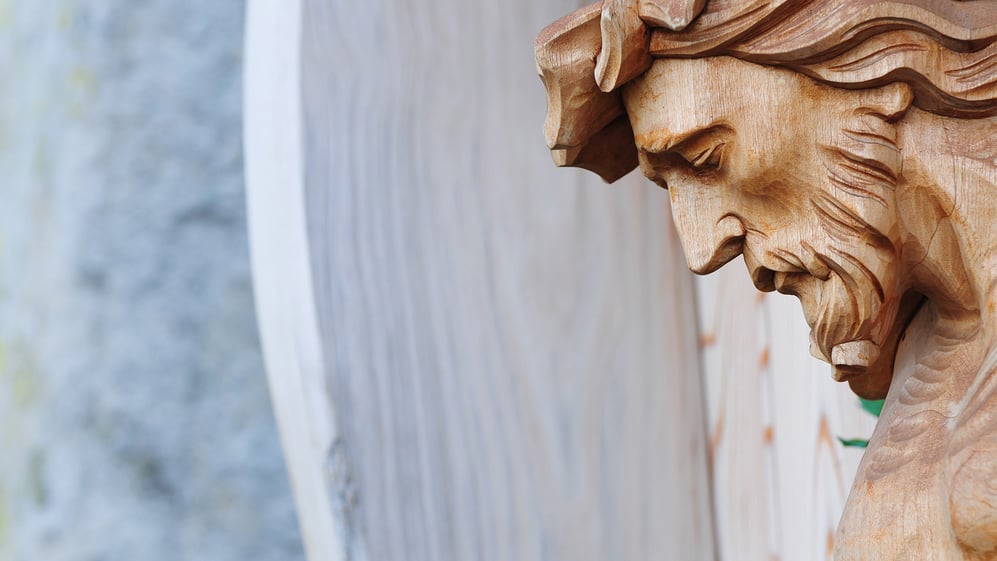 This post is excerpted from Blessed Be His Name by Rev. Dr. Kevin Golden.

A Prophecy and a Fulfillment

That the Lord would dwell in Christ and His name is promised in the words of Solomon as he prays at the dedication of the temple: “Now the Lord has fulfilled His promise that He made. For I have risen in the place of David my father, and sit on the throne of Israel, as the Lord promised, and I have built the house for the name of the Lord, the God of Israel” (1 Kings 8:20). Solomon is the son of David who the Lord promised would build the temple where He would dwell among His people. Four centuries after Solomon, the temple would lie in ruins, but that does not mean that the Lord’s promise was broken. He sent forth the greater Son of David in Christ, who would become the temple Himself.

Jesus is the Temple

So we learn in John 2:19–22, where Jesus says, “Destroy this temple, and in three days I will raise it.” His point is lost on those who hear Him speak this. It would not be until after His resurrection that His disciples would understand that He was not referring to the physical building at which they marveled but to the temple of His body. Jesus’ point is simple yet profound. He is the temple. He is the locale where the Lord dwells among His people. As the name of the Lord dwelt in the temple, now His name dwells in Christ. Do not look for the Lord outside of Christ, for He will not be found outside His name.

The same is taught in Psalm 22. The words of verse 1 are on Jesus’ lips at the cross with the cry of dereliction, “My God, My God, why have You forsaken Me?” Those words capture the depth of Christ’s suffering as He is abandoned by His Father, bearing the Father’s wrath against the sin of the world. In an oral culture like the one in which Christ lived, the quotation of a single verse would prompt remembrance of the entirety of a psalm.

That is quite appropriate in this instance as there is much of Psalm 22 that finds its fulfillment in Christ’s crucifixion. Verses 6–8 describe the mockery to which Jesus is subjected on the cross. The circling of His enemies around Him is captured in verses 12–13. Christ’s physical suffering is given specific attention in verses 14–15. The Roman soldiers are described as “dogs” (a biblical means of referring to unbelievers, since dogs were unclean by the standards of biblical cleanliness) who divide Christ’s garments and cast lots for His clothes (vv. 16–18). Yet, amid all this, Christ remains steadfast in His trust in His Father (vv. 19–20). Most poignant for this study is Psalm 22:22: “I will tell of Your name to My brothers.” The promise all along has been that the Savior who would fulfill Psalm 22 would tell of the name of the Lord to His brothers. He reveals that name to His disciples, to us, to all, by fulfilling that name. He is the Lord’s dwelling among us by fulfilling His name.

To learn more about the Lord's name and the intricacies of it, order Blessed Be His Name below.

Rev. Dr. Kevin Golden serves as pastor of Village Lutheran Church in Ladue, Missouri. He earned a PhD in biblical studies from Concordia Seminary in St. Louis. He has taught at seminaries and conferences throughout the United States and abroad and has spoken on radio shows and podcasts.