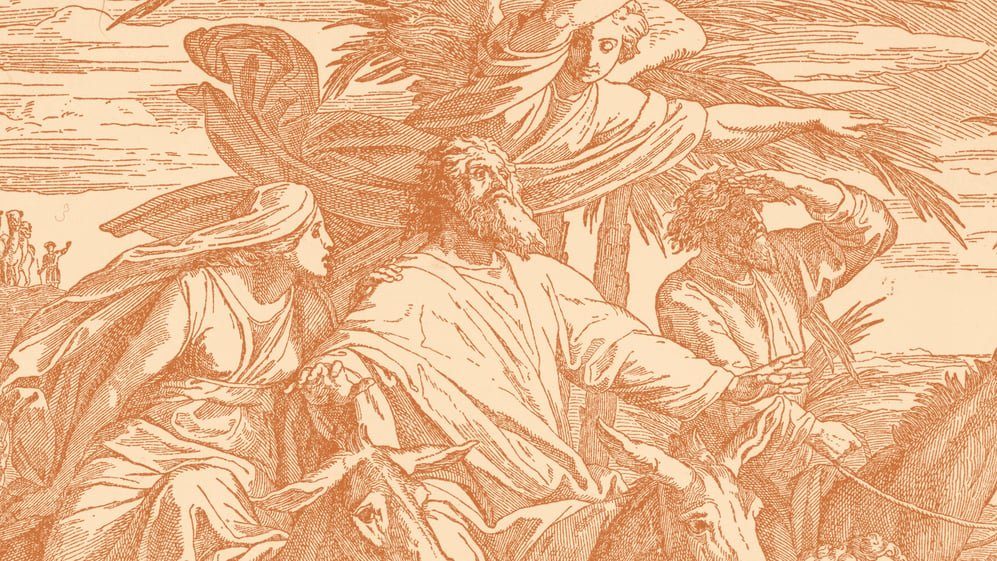 Genesis should be viewed in the larger perspective of the entire “mystery of revelation” leading through Israel to God’s final act of salvation in Jesus Christ. When Paul, for example (in Galatians 3:16–25), reviews the entire Old Testament period “until the offspring [Christ] should come” (v. 19), the covenant with Abraham is not preliminary but basic to God’s entire plan of salvation. All that followed, including the covenant at Sinai, implemented the promise to Abraham. At Mount Sinai, theLaw “was added because of transgressions” (v. 19), as a “guardian” (v. 24) to remind humanity constantly of its sinfulness and need for redemption.
The entire history of Israel, therefore, may actually be considered a grand interlude between the promise to Abraham and its fulfillment in Jesus Christ. The Sinai covenant of Law did not annul the promise but represents the way God chose “that the promise by faith in Jesus Christ might be given to those who believe” (Galatians 3:22).

Israel was elected to inherit and bear the promise of grace; the covenant of Mount Sinai was to remind Israel constantly of its need for grace, and at the same time, to assure it that God’s plan of salvation was being carried out. God gave the covenant of Sinai to Israel for a limited time and purpose. Since these aspects are now fulfilled, “we are no longer under a guardian” (v. 25). In contrast with the Sinai covenant, the promise to Abraham was not merely first but also preeminent and permanent. It underlies all God’s deeds for and through Israel. In this framework, all the accounts of Genesis have meaning and relevance.
The events in Genesis introduce the Book of Exodus, but they also provide the proper perspective for the entire Old Testament as well as the New. Genesis emphasizes that salvation is by the promise of grace and not through the Law—and that the succeeding history of Israel recounts God in action to fulfill that promise. As such, Genesis controls the interpretation of the entire Old Testament by writing across each page: Abraham “believed God, and it was counted to him as righteousness” (Galatians 3:6; cf Genesis 15:6).

The call of Abraham, therefore, divides Genesis into two majestic pillars that bear up the temple of Scripture—not only the vestibule but also its entire sublime edifice. If we pull them down, we have removed not a supposedly inconsequential foreword to the Bible but foundational truths that support the whole structure of biblical teaching. These two pillars of truth are:
1. The God who chose Abraham and his offspring is the eternal and almighty Creator, and His foremost yet rebellious creatures need redeeming mercy (Genesis 1–11).
2. The God of the universe, a gracious Creator, will restore fallen humanity through Abraham’s offspring (Genesis 12–50).
Post adapted from Lutheran Bible Companion Volume 1: Introduction and Old Testament copyright © 2014 Concordia Publishing House. All rights reserved.

Learn more about the history of Genesis, its context and how it relates to the rest of the Bible with volume one of the Lutheran Bible Companion.