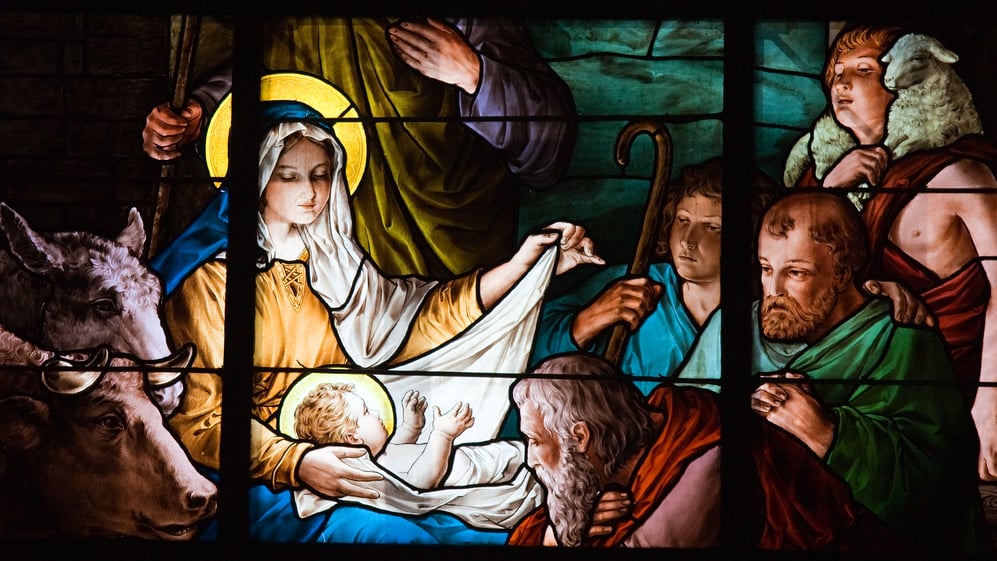 In a few short days, we will be celebrating the birth of our Savior, Jesus Christ. This is a monumental event, and C. F. W. Walther agrees. As a devotion for this significant celebration, we read Walther’s Christmas Day sermon below from Gospel Sermons Volume 1.

My friends, after mature reflection I will not promise to preach to you today but only to speak in childish simplicity. Should I think only a little bit on the importance of the birth of the Child at Bethlehem, I see myself placed before giddy heights and unfathomable depths. I must forthwith confess that the importance of this birth in inexpressible. Even the angels and archangels cannot completely express its importance in human language. They must, when they are finished speaking, reach for their harps in order at least to praise the Inexpressible in songs of heavenly praise. Hence, what more can we mortals do than stammer and stutter?

If in the first place we knew nothing more of this birth than the great commotion that took place and still takes place in heaven and on earth because of it, we would have to conclude that this birth must be of the most incomparable and inexpressible importance.

The birth of Jesus Christ did not take place in the manner of men. It was the result of a special secret decree that was decided upon in eternity in the counsel of the triune God. In Scripture it is called, together with the work that originated it, the eternal plan of God, in order, as it were, to represent it as the work of God’s eternal deep counsel and will. It is also called a “mystery,” which was “hidden for ages in God who created all things” (Ephesians 3:9) and which was “realized in Christ Jesus our Lord” (3:11). In another place we read, “[God] chose us in [Christ] before the foundation of the world” (1:4). While as yet there was no time, no world, no created heavens or earth; while as yet no man or angel had been called into existence, even then God had decided upon the birth of the Child in Bethlehem. From eternity the thought of letting this happen filled and moved the heart of God. As eternal as God Himself is, so eternal is also His decree to carry out what long ago today took place in Bethlehem. However, as for the sake of this birth great agitations took place in eternity in the heart of God, so it also set the whole world into commotion in the period of time which expired before it happened.

Scarcely had the world been created and man fallen, then God at once revealed the birth of the Child at Bethlehem as a mystery of His eternal will, even though this birth should take place 4,000 years later. He said the woman’s Seed would bruise the head of the serpent (cf. Genesis 3:15). All of God’s messengers who were sent into the world had the special command to proclaim this birth to the world. All patriarchs and prophets pointed to it as to that upon which the salvation of the world hinged. All special preparations that God made among men had the purpose of directing the attention of all to this birth and preparing them for it. That God instituted a covenant with a special nation, chose it for His own, committed His revelation to it for safekeeping, and led it as a shepherd, all that occurred only to make the necessary preparation for that birth. All the mysterious acts, customs, types, and ceremonies commanded by God in the divine service were simply pictures of Him who was to come into the world in Bethlehem. All the works of divine providence great and small, all the conditions of the governments in victory and defeat, in conquest and subjugation, in imprisonment and dethroning of the great, the rise and fall of world monarchies and republics, all this prepared the world for the birth of the Child at Bethlehem. This was the one bright star of hope toward which God directed languishing mankind. Wherever in the first 4,000 years of the world beat a heart in which light, comfort, peace, and hope lived, all this was created alone by the promise of the birth at Bethlehem. It was the fulfillment of the 4,000 years of the longing and hope of all nations.

As great as was the stir that took place in heaven and on earth even before it happened, just so great a stir did this birth create when it finally took place. Without knowing or wanting it, the mighty Caesar Augustus had to serve at the birth of Jesus Christ. According to prophecy, Christ would be born in Bethlehem of Judea; so through God’s direction Caesar had to issue a decree that the entire world should be taxed. Because of this decree Mary, the mother, had to go to Bethlehem, so that at the place designated and at the time foretold by the prophets the birth took place. The whole world everywhere was churned into surging masses and on this day moved from place to place. Without suspecting it, the cause of this sea of nations moving today like waves was the birth of that little Child who had entered this world so quietly and so secretly.

The prophet had foretold, “For thus says the LORD of hosts: Yet once more, in a little while, I will shake the heavens and the earth and the sea and the dry land. And I will shake all nations, so that the treasures of all nations shall come in” (Haggai 2:6–7). Even the heavens should be shaken today. And see! This also came to pass. As soon as the little Child was born, the heavens in the dark of night were suddenly parted, night became day, beams of heavenly light streamed from the opened heaven toward earth; an angel, around whom the glory of the Lord shown, appeared and announced to the shepherds and thus to the whole sleeping world that birth which had taken place. But see! Yet more; thereupon a multitude of the heavenly host from the throne of the most high God followed the herald, praised God, congratulated the world, and sang in a million-voiced echo-choir, “Glory to God in the highest, and on earth peace among those with whom He is pleased!”

Even heaven’s Christmas song did not once awaken the sleeping world; it slept on, unconcerned about the newborn Child. Yet what has happened in the past 1,800 years? The story of the birth at Bethlehem in deepest humility has gone out into all lands unto the ends of the earth—and this story has transformed the world. Whole nations together with their rulers have thrown themselves down before the manger. From century to century, from nation to nation, millions and ever new millions have with one voice confessed and still confess today: if this Child had not been born, we would be completely lost. All investigators declare the birth of this Child to be the most impenetrable object of all human investigation.

Who, therefore, can finish speaking of the importance of this birth, which caused such a stir in heaven and on earth, in the heart of God, among angels and men, in eternity, and at all times? It must be unique; it must be inexpressibly great.

To read the rest of Walther's Gospel Sermons, order the book below: