These Three Keep Us Together 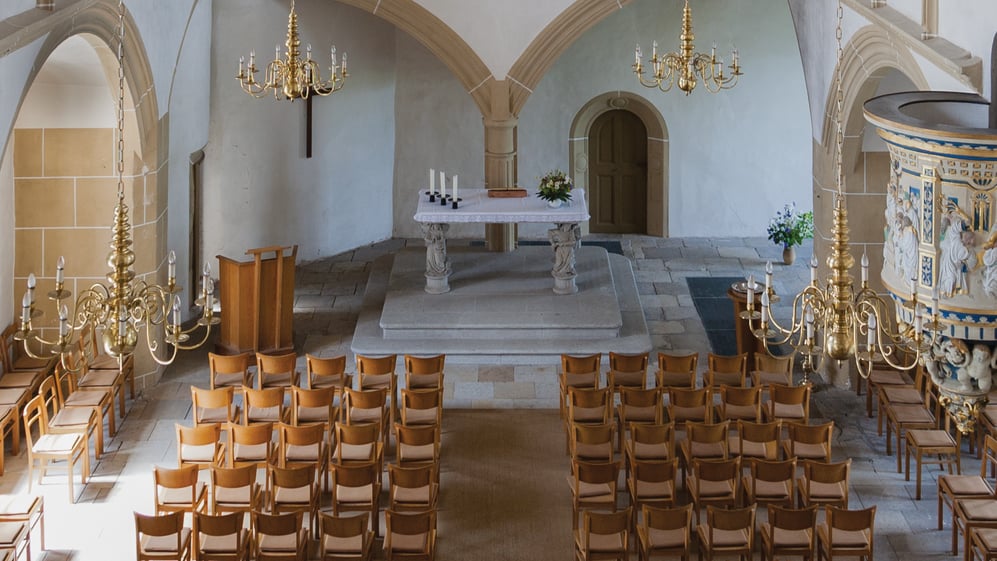 People know only so much about you. Your neighbors, the people at work, even your friends—they all know only a part of you. However, what they know paints their picture of you.

What do people know about you? It could be that you faithfully leave for work every morning at 5:00 a.m. Maybe they know that beautiful red 1970 Chevy Nova that you drive on sunny days. Or perhaps they remember your kindness of mowing the lawn and shoveling the snow for the widow next door. Those few things are the sketch of you, a version of you that others would be glad to get to know better.

That’s the purpose of my new book, Grace, Faith, Scripture. We’ll outline a few things about Lutherans that start the picture of who we are. Those few things aren’t the whole story of Lutherans, but I hope that they will make you want to fill in more of the picture, add colors and texture, give some depth and perspective. But to start, let’s get three main points down.

It’s the Story of God’s Relationship with Us

Lutherans tell their story through the relationship God has established with us.

Lutherans focus on the first words in our relationship with God. God speaks those words to begin this relationship, and those are the words we remember and repeat. The good news is that they aren’t a secret code; rather, they are the same open words that can be read by everyone.

Our relationship with God stands on His Word alone.

Lutherans speak of this dependence on God’s Word with the Latin phrase sola Scriptura, meaning “Scripture alone.” By this, Lutherans mean that our faith and our doctrine are founded solely on the words of the Bible. We’ll speak much more on the key messages we find in the Bible, but for now, it’s enough to celebrate this relationship that is begun and centered on His words to us.

“I’ve Got One Thing to Say to You”

How does that sentence strike you? Of course, it depends on how someone says it, but imagine someone texting you that message. If you text me, “I’ve got one thing to say to you,” I’m nervous. What? Why? What did I do? If someone has one thing to say to me, I’m sure it’s going to be bad. And if that one thing is going to be the center of our relationship, then I’m not sure I want any part of it.

However, the wonderful news is that at its heart, the one thing God has to say is grace. Since we grow in relationship with God by what He says to us, then the greatest gift is that His message is one of mercy. God’s grace is our second main point, called sola gratia, or “grace alone.”

By this phrase “grace alone,” Lutherans mean that the central message of God is one of forgiveness.

If forgiveness is received, that means forgiveness is needed. Our need to be forgiven of serious wrongs certainly is part of God’s message. But God points out our sin in His Word not as an end in itself. The one thing God has to say is not, “You’re condemned!” The central message of God is that we are saved by the forgiveness of our sins. John 3:17 is an example of His single intention: “For God did not send His Son into the world to condemn the world, but in order that the world might be saved through Him.”

This second point in our relationship, grace alone, is the reason we can dare to hear the first point, the Word of God. Grace alone makes us bold to hear God’s Word. We’re like the thief on the cross, hanging beside Jesus on Good Friday. He knew that Jesus was the heavenly King and that He ruled in mercy. He dared to say in faith, “Jesus, remember me when You come into Your kingdom” (Luke 23:42). Jesus assured him, “Truly, I say to you, today you will be with Me in paradise” (Luke 23:43). When our words with God are few, they can center on His mercy and grace.

But Are You Sure?

It’s hard to admit what we’ve done. Our inclination is to run. Deny, lie, or cry, but don’t admit what you just did. If you dare to admit it, you’d better be sure it will turn out all right. That takes faith. That is our third key point, sola fide, by faith alone. Faith is the gift God gives us in the reading of His Word and learning of His grace. Hearing His Word both gives faith and takes faith.

Romans 10:17 tells us the first point: “So faith comes from hearing, and hearing through the word of Christ.” By hearing the promises of God’s grace, we believe those promises. If someone were to ask, “How do you know this?” our answer is, “Because I read what God said.”

We believe the promises of His mercy because they are His promises; they bring the power to believe them.

It’s more than wishful thinking, because His promises of complete forgiveness and eternal life are beyond our imagination. Because the life, death, and resurrection of Jesus are so extraordinary, they bring faith with them.

These three points of the Word alone, grace alone, and faith alone are enough to start describing the relationship God has with us. As we said at the start, no one knows everything about us. Your 5:00 a.m. departure for work, your overly-friendly black Lab, and the fact that you have the most organized garage in town might be all they know. But it’s a start. So it is with us Lutherans; you can tell a lot about us through these three things. We are people centered on God’s Word, hearing His grace above all, and trusting in that grace by faith alone.

Dr. Daniel Paavola has been teaching the essence of the Lutheran faith for twenty-two years as a professor of theology at Concordia University Wisconsin, where he currently serves as the theology department chairman.