God’s Child: Valuable, Cherished, and of Infinite Worth 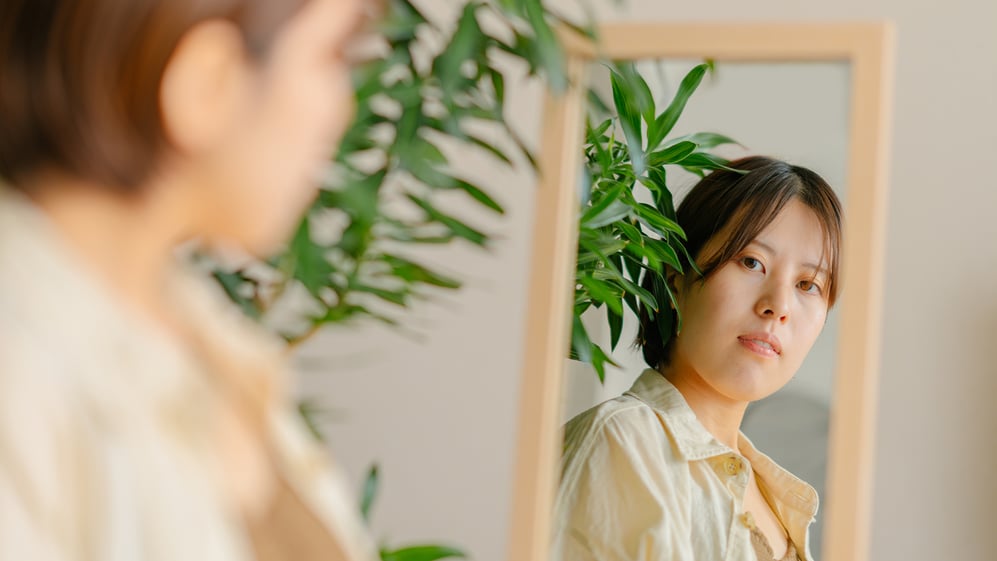 This blog post is adapted from Overcoming Life’s Sorrows by R. Reed Lessing.

“I Only Have Eyes for You.” Harry Warren and Al Dubin composed this song in 1934. Numerous musicians have recorded it, including Peggy Lee, Frank Sinatra, and Art Garfunkel. Rolling Stone ranks the Flamingos’ version of the song 157th on their list of the 500 Greatest Songs of All Time.

The Lord has His own version of this golden oldie. He only has eyes for exiles. Compare this with what Babylon said to Judean deportees: “You’re slaves, prisoners, cogs in our vast and ever-growing political machine!”

Creation’s Warped Sense of Self

Let me take you back to a favorite childhood memory. As a child, one of my rituals every summer was to go to Elitch Gardens in Denver, Colorado. The park had all kinds of rides and enough sticky cotton candy to amaze my little life. What fascinated me most, however, were all the fun house mirrors. Some mirrors would make me look tall and skinny. Others would make me look short and fat. Still others would make me look ugly and creepy. None of them reflected who I really was.

Neither do the mirrors that surround us. Just turn on the TV, surf the net, go to a mall, pick up a magazine. We see perfect people with perfect families and perfect marriages, each spouse with a perfect job. These images seduce us. Then what do we see? We don’t measure up. You name it and we don’t have it. Addicted to how others see us, we begin feeling tall and skinny, short and fat, ugly and creepy. Add to that our broken marriage, wayward teenager, and terminally ill mother, and these mirrors cause us to feel even more worthless.

When we feel worthless, we not only discount ourselves, we also begin discounting others. You name them, we discount them—spouse, child, colleague, parent, boss. When we feel like nothing, we treat other people like nothing. We sell each other off for cut-rate prices, slashing and burning reputations. Obsessed with what we don’t have, we get stuck in the game of gossip, the silent stares, and the jungle of judgment.

Our Worth to the Lord

Let me write this with the utmost clarity. How we stack up in the eyes of others doesn’t reflect our value. Our true value comes from the Lord, who says, “I only have eyes for you.” We’re prized, priceless, preferred, and precious.

Value is derived from two things. The first is ownership. A car owned by Elvis Presley is worth a lot more than my Mazda Protégé that my three children dented, damaged, dinged, and almost destroyed! I think I sold it for $19.95.

God owns us. He created and claimed us, fashioned and formed us. We are His sons and His daughters through water and the Word. In Holy Baptism, God adopts us to be His children.

Jeremiah Shows Us How Much We’re Worth

Value is also based on how much someone is willing to pay. What is God willing to pay for us? The blood of His Son, Jesus. Christ’s sacrificial death on the cross.

I know what you’re probably thinking. “Why trust God to place value on me? Just who is this God anyway?” He is the Maker of heaven and earth. Jeremiah presents a robust theology of creation:

This is the God who says, “I only have eyes for you.” Who? You! You’re what? Valuable, cherished, of infinite worth. Where? Not in the eyes of Babylon. There we are nameless numbers and state-owned statistics. Where are we valuable? Not in our eyes. When our eyes are wide open, we see our duplicity and dishonesty, our sin and our selfishness.

So where are we valuable? God says, “In My eyes!” In God’s eyes, we are beloved, forgiven, washed, precious, cleansed, adopted, chosen, called, alive. HIS.

God Claims You, Again and Again

There is more. In the baptismal flood, God claimed you, and on a hill called Calvary, He paid for you with His Son, Jesus. God has more than just eyes for you. He has hands and feet for you, nailed to a cross. He has a head for you, crowned with thorns. He has a side for you, pierced by a spear.

There is still more. God has a heart for you. Jesus says, “As the Father has loved Me, so have I loved you” (John 15:9). God has ears for you too. Jesus says, “Ask, and it will be given to you; seek, and you will find; knock, and it will be opened to you” (Matthew 7:7). And God has body and blood for you. Jesus says, “Given and shed for you for the forgiveness of sins.” Jeremiah’s vision of figs testifies to this one indisputable fact. God loves these lyrics: “The moon may be high, But I can’t see a thing in the sky. I only have eyes for you.”

Explore God’s love for you and learn to overcome struggles by ordering Rev. Dr. Lessing’s new book on Jeremiah below.

Rev. Dr. R. Reed Lessing serves as a professor of theology and ministry at Concordia University in St. Paul, Minnestoa. He is also the university's director for the Center of Biblical Studies. Reed has authored book sin the Concordia Commentary series that include Isaiah 40–55, Isaiah 56–66, Amos, Jonah and Zechariah. He is also the co-author (with Andrew Steinmann) of the CPH book Prepare the Way of the Lord: An Introduction to the Old Testament.