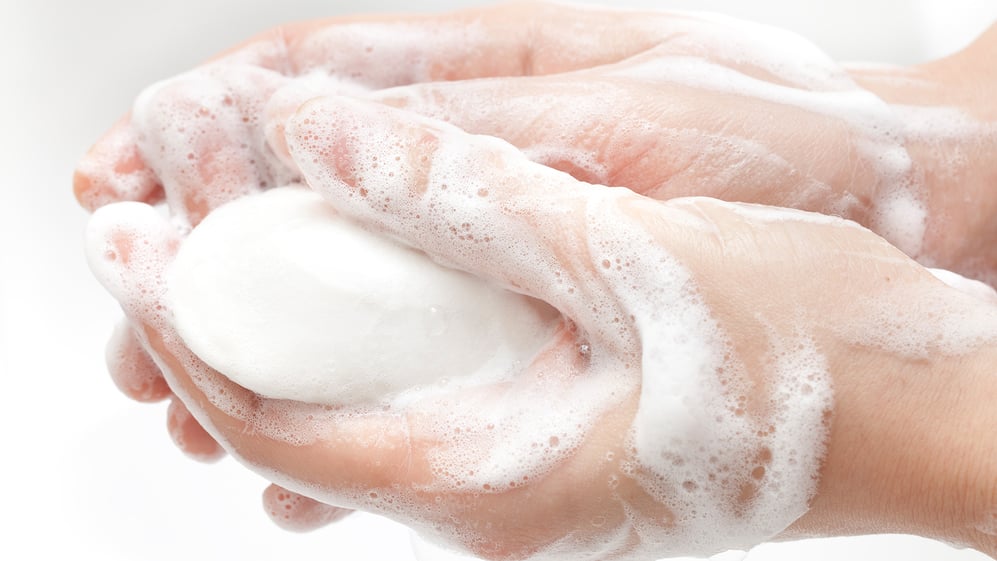 This post is adapted from Flowing from the Cross: Six Facets of God’s Forgiveness by Dan Paavola.

Remember bars of soap? In a liquid-soap world, it might be hard to remember an actual bar of soap. But let’s go back to those days of thick, honest bars of soap. You can wash and wash with that one bar, but finally you wear it down to a sliver. In the end, it is hard as a stone, with the edge worn sharp as a knife. Still, you try to get one more wash out of it. But it’s hopeless. Rub it, and it slips away. Scrub with it, but there isn’t a single bubble. Finally, you give up. Reach into the cabinet and break out a new bar. Say to yourself, “This is new. It’ll work.” And it does. Isn’t it wonderful? Wash up with a new bar, and you’re in Suds City.

We can’t be clean

“This is new. It’ll work.” This captures the idea of our first facet of forgiveness. Forgiveness is cleansing. It’s likely the most natural of all the images of forgiveness. We’ve certainly tried throughout our lives to wash ourselves clean. We’re all Lady Macbeth in her desperate scrubbing, trying to remove the dark, murderous stain that she, in her guilty imagination, still sees. But despite all her effort, the spot remains. So, we can try to cleanse ourselves, scrubbing with an ever-shrinking bar of explanations, excuses, and future promises. But that bar has worn perilously thin. By now, its knife-edge is honed sharp. All our scrubbing only cuts us more. Our thin excuses burn into the wounds we carry. Our promises to be better just compound the failure that we’ve been. As much as we want to be clean, we can’t do it.

We need something new to cleanse us. This is where we have to divide the world. There are two kinds of people in the world: welders and wasters. Welders are those who use the bar of soap down to the last speck. To do that, they press the old bar of soap into the back of the new bar. Somehow, they weld the two together. With that, they plan to get every last bubble out of the old bar. On the other hand, the waster says, “Life’s too short to worry about that last bit of soap.” Once there’s an edge to that bar, he or she breaks out the new one. Don’t try to combine the old and the new, says the waster. Life’s too short to keep on rubbing. Get something new that’ll work.

In Flowing From the Cross, we’ll rejoice over something new, something that actually works. God washes us with His own power and His cleanser. We won’t try to combine our old methods with His. His cleansing works all by itself. His cleansing answers our natural yearning to go back to a perfect past. But it also addresses our hope that if we would be clean once, we could somehow stay that way. Of course, in ordinary cleansing, that never happens. But the cleansing of forgiveness isn’t like our rubbing with a stubborn bar of soap. With God’s forgiveness, we’ve been handed something new. “Here, use this,” God says. His cleansing works.

Discover more on this facet of forgiveness.

Dr. Daniel Paavola has been teaching the essence of the Lutheran faith for twenty-two years as a professor of theology at Concordia University Wisconsin, where he currently serves as the theology department chairman.