Celebrating the Saints: the Life of Johann Sebastian Bach 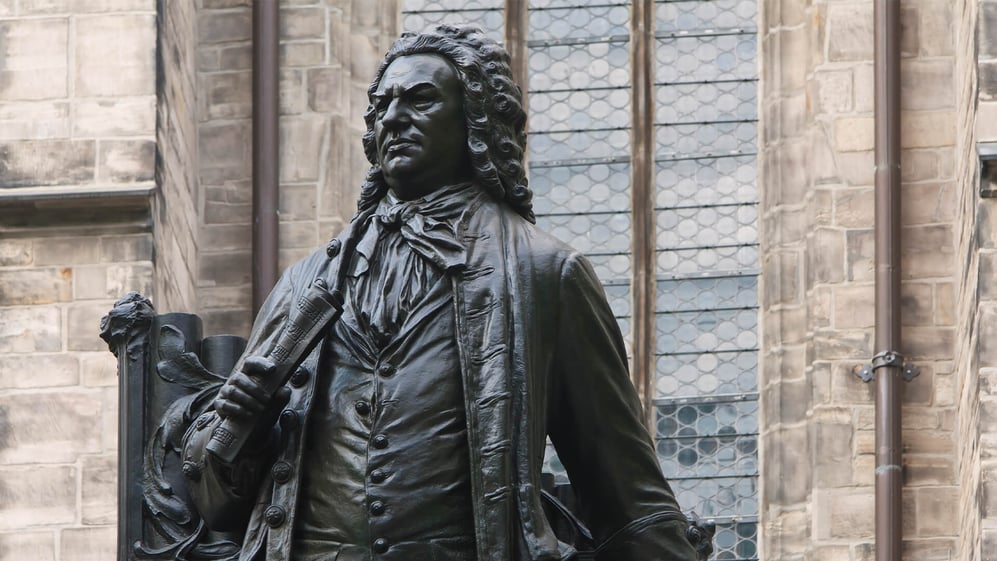 At a time when the world endures the pain and devastation of sin, the music of the church provides a special comfort. The life of Johann Sebastian Bach, a Lutheran composer of renown, comes to mind on this day, the anniversary of his death, as his music shaped generations of Church music around the world.  This special excerpt from Celebrating the Saints on the life of Johann Sebastian Bach includes a brief biography and ends with a prayer asking God's continued blessings from Bach's and other composer's music: 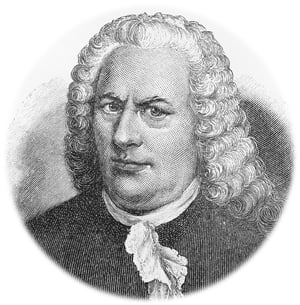 Now let all the heav’ns adore Thee,
Let saints and angels sing before Thee
With harp and cymbals’ clearest tone.
Of one pearl each shining portal,
Where, joining with the choir immortal,
We gather round Thy radiant throne.
No eye has seen the light,
No ear has heard the might
Of Thy glory;
Therefore will we
Eternally
Sing hymns of praise and joy to Thee! (LSB 516:3)

Upon this day in 1750 the great Kantor, Johann Sebastian Bach died. The heritage of music he left is so great that when the Voyager space probes were sent out, they carried on them the joyous strains of the famed Brandenburg Concertos as representative of the noblest and greatest music of planet earth. But what is the key to the greatness of this composer?

If we take his own writings seriously, we realize that first and foremost he was a convinced and devout Lutheran. His edition of the Luther Bible has his notes scribbled throughout. Luther and the Lutheran Church highly valued music, reckoning it after the Word of God as God’s greatest gift to man. And it was to be offered to God’s glory. The music from Bach’s pen invariably invokes Jesus at the beginning: “Help, Jesus!” and concludes “All glory be to God alone!”

Johann was born into a musical family in the city of Eisenach. His father was director of the musicians in the town and all his uncles were professional musicians. Bach, too, grew up to be a professional musician for the Church and his ministry culminated in Leipzig, where he organized the musical offerings in the city’s churches. There he sought to forge what he regarded as “a well regulated church music.” By this he meant, a series of poetic songs that interacted with the chief hymn of each Sunday and festival. The music was designed to preach and thus compliment the Word read in the Divine Service and proclaimed from the pulpit. For Lutheran musicians, this “praise of God” as “proclaiming the great things He has done” was key to all music in the Church.

At times irascible in his insistence that music be fully funded and staffed, Bach became known as an ardent and uncompromising defender of the noble work of Kantor. He fathered many children, several of whom continued to serve in the family tradition of music making for the Church. During his own lifetime, Bach achieved renown as a gifted organist. His compositions have enriched the Church ever since they were written. The depth of His musical painting in the B Minor Mass is still unrivaled, and his cantatas bring joy to the heart of those who hear in them the sweet Gospel message matchlessly paired with notes.

Almighty God, beautiful in majesty and majestic in holiness, You have taught us in Holy Scripture to sing Your praises and have given to Your servant Johann Sebastian Bach grace to show forth Your glory in his music. Continue to grant this gift of inspiration to all Your servants who write and make music for Your people, that with joy we on earth may glimpse Your beauty and at length know the inexhaustible richness of Your new creation in Jesus Christ, our Lord, who lives and reigns with You and the Holy Spirit, one God, now and forever. Amen.