In the Book of Genesis, we are confronted with our own sinfulness—in the selfishness of Adam and Eve, in the jealousy of Cain, and in the arrogance of the builders of the Tower of Babel. But we also see clear evidence of God’s grace—in the protevangelium (3:15), in the rainbow after the flood, and in His promises to Abraham.

Where did we come from? How did we get here? What is the purpose of our existence? The Book of Genesis provides many of these answers for us. It discusses the beginnings of our universe, and explains why life in this world is so difficult
and dangerous.

Much criticism has fallen on the first eleven chapters of Genesis. These events occurred long before and were passed down by oral tradition from generation to generation, before being recorded under the inspiration of the Holy Spirit by Moses. But just because it was transmitted orally does not make it suspect. In cultures where all communication is oral, memory becomes geared toward that process. Also, if the Holy Spirit is overseeing the transmission of God’s promises through the preflood generations of believers, He can guarantee the accuracy of that word.

Moses does not come into the Bible’s storyline until the first chapter of Exodus, the book that follows Genesis. So when he is writing Genesis, he is writing to the freed Israelite slaves, explaining their history and how they came to be slaves in Egypt. Moses does not offer arguments for God’s existence because the Israelites have already seen God’s mighty hand in the ten plagues on Egypt and in the dividing
of the Red Sea so they could pass through on dry ground while the Egyptians pursued them and were swallowed up when the waters returned to their place. They saw His glory on Mount Sinai and heard His thundering voice giving them the Ten Commandments.

Moses writes Genesis to reveal God’s interaction with His human creatures, especially the grace and mercy He showed by promising the Savior
immediately after the first man and woman
disobeyed God and fell into sin.

To learn more about the book of Genesis and many other Biblical books, check out our free study guides by Rev. Wayne Palmer. 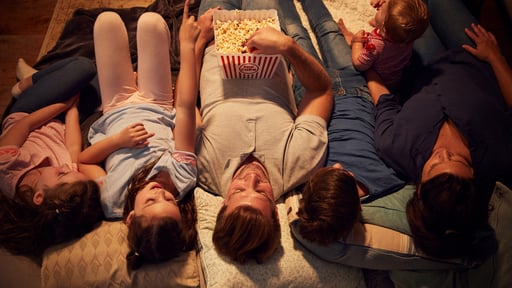