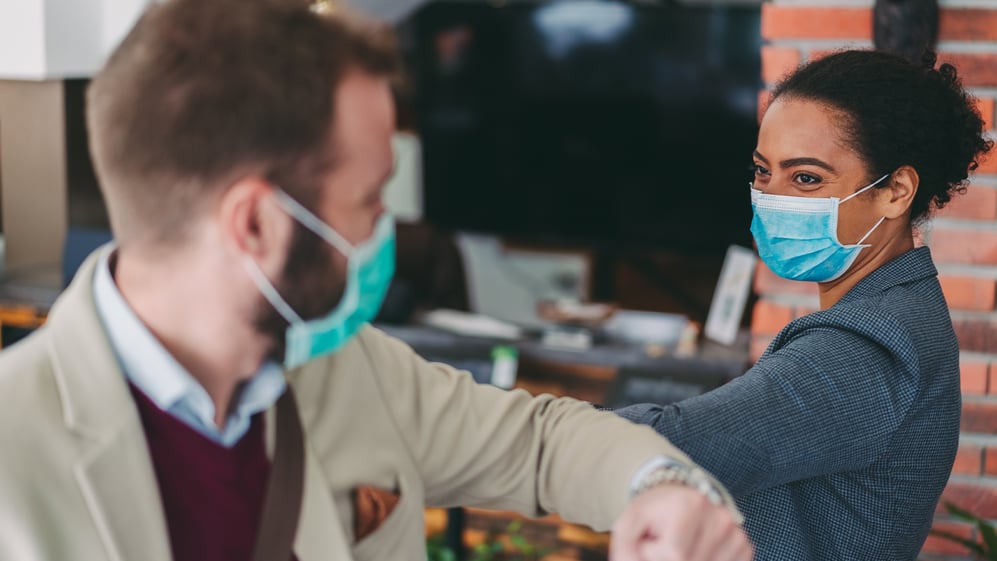 This post is adapted from Faith That Engages the Culture by Rev. Dr. Alfonso Espinosa.

Since the fall, sin has always been in the world, but it has become increasingly diverse in its manifestations. Having said that, there are some basic cultural values that perpetuate an anti-Christ view. First up is radical individualism. In its radical form, it makes people hunger, especially with the constant desire for pleasure and power. This, of course, is nothing new. It is the reverberation of the first sin that gave in to Satan’s temptation, “you will be like God” (Genesis 3:5). This, by the way, is not synonymous with the pursuit of happiness as an inalienable right. The Declaration of Independence contextualized this pursuit inherently for the family, the church, and the government. It was, in other words, happiness in community, dependent upon relationships with others. Today’s individualism is not that. The current individualism is the antithesis of community.

Alarmingly, this is the opposite view of God’s Word: people were simply not created for self-centeredness. God gave us life to have relationship with Him to receive His gifts (and this inherently does not and cannot promote individualism as His gifts are received in His Church that prays “our Father,” not “my Father”), and God has called us to share His gifts and to love those around us. The new life is led by the Spirit to get out of self!

Radical individualism is the foretaste of hell. Hell separates us from real relationship, which begins with God. It is the ultimate state of being alone. Too many people in our culture today are suffering from loneliness, which begins with the mistaken presupposition that life is about living for self. Individualism destroys our ability to be comforted by others, and it loses sight of the skills, talents, and gifts that were given to us by God in order to be a blessing to others.

Individualism’s corollary is to live for pleasure. This, too, contradicts the life God has intended for us. Love cannot move inward. Love by its inherent direction is outward. It must go out to another person, and as it does, service becomes even more vital than pleasure. Individualism serves self, but love serves the neighbor. The culture can’t relate to this. We should not be surprised. Christ said that this was going to become a major problem: “because lawlessness will be increased, the love of many will grow cold” (Matthew 24:12).

Individualism’s lustful pursuit for self-pleasure, however, is sinfully justified and maintained through another sign of the culture: relativism. Relativism allows the individual the rationale for maintaining self-absorption since truth is determined by self, the individual. Individualism and relativism are convenient bedfellows and combine for a formidable one-two punch toward the formation of a secular worldview devoid of God.

Is Truth Only Relative?

In our culture today, one can still identify considerable diversity, but there seems to be one universal norm and assumption: truth is relative. That is, what is true is determined by subjective and shifting taste. Whether the subjective and shifting taste is popular is beside the point. What is universally accepted in relativism is that all ideas are created equal and in themselves are as true as any other.

This standard, of course, is not only contrary to the Christian faith, but also to intelligence. Truth is an objective standard that most thinking people would defend, either by its correspondence to an actual state of affairs or by its coherence to logic and reason. If I state that the moon is made of cheese with great conviction and ardent belief, my assertion would simply be false, as rocks are not usually confused with dairy products. Nevertheless, many people behave as if relativism is the chief cornerstone of contemporary culture, no matter how bizarre its assertions may be.

Just one more on this top-three list: after (1) individualism is maintained by (2) relativism, the culture then has every reason to embrace (3) skepticism, which pushes back against any kind of universal truth claim. This will be further discussed in coming chapters, but for now suffice it to say that if Satan can eliminate God’s Word through the denial of any objective truth, then the Gospel will never get off the ground. This triad is insidious, and its end result can be catastrophic for the soul.

Thanks be to God, however, that the Christian Church knows what it’s up against with regard to the culture: a place inundated with the demonic. At the end of the day, however, all people want to be loved, and this demands we break out of ourselves (we turn away from individualism). All people want a higher authority because they know they aren’t God, so we offer Christ, the Truth (we reject relativism). And finally, people want to know that they can know (we put away skepticism). People desire and need truth—something reliable, something dependable. All these Jesus gives, and when we’re aware of these basic needs, it makes for faith that engages the culture.

See how you can break through individualism, relativism, and skepticism to witness to others in Faith That Engages the Culture.

Rev. Dr. Alfonso Espinosa is a graduate of Concordia University Irvine (BA) and Concordia Theological Seminary in Fort Wayne, Indiana (MDiv). He received an MA in Christian apologetics from Biola University (2001) and a PhD in theology from the University of Birmingham (England) in 2009. He is the senior pastor at Saint Paul’s Lutheran Church in Irvine, California, where he preaches and teaches the Word of Christ for the forgiveness of sins. His most cherished service is being husband to his wife Traci, a father, and a grandfather. He is the author of Faith That Sees Through the Culture and Faith That Engages the Culture.