Longing for Community? Find It Here 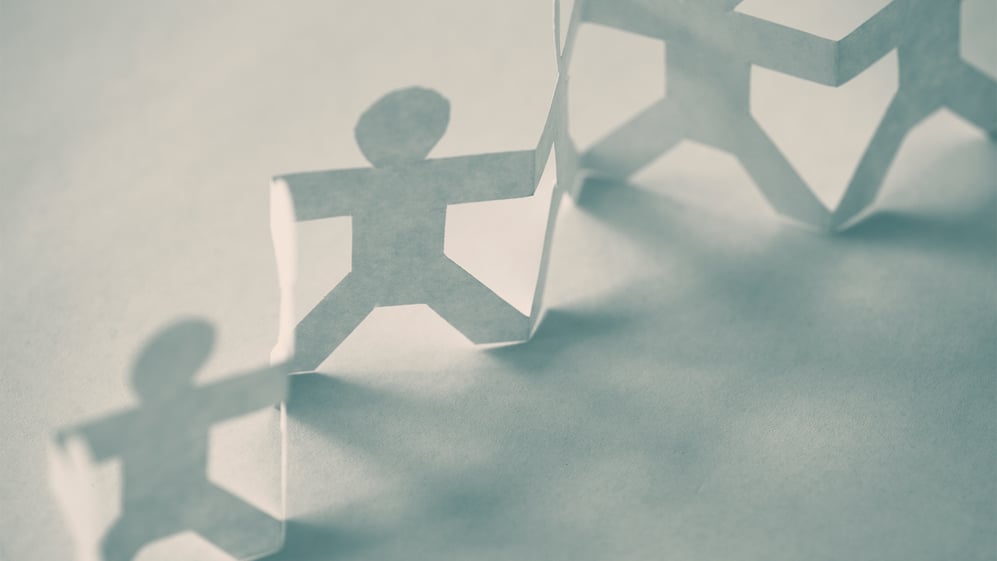 This post is excerpted from Connected to Christ: Overcoming Isolation through Community by Brian Davies. Read below to see how you can find community in Christ’s Church.

Cultural observers see a rapid rise in what they call “tribalism,” the segmentation and division of culture into sides or camps—“tribes.” Perhaps you’ve also noticed that it seems every option puts you in one camp or another, everything from chicken sandwiches to sneakers, from news networks to hummus. We’re united with some, divided from others. And while tribalism may give the appearance of community, under it is a divisiveness that has us looking at the “other” with disagreement, judgment, and even anger because much of what binds us together is what another group is against.

This attitude causes many to lament and rightfully so. Again, we see and feel like something is not right because this is not the way God designed us to be. Unfortunately, as God gets pushed further and further into the periphery of culture, this is the result. In a way, we’re finding community at the expense of, or in opposition to, others. Meanwhile, Satan is laughing and rejoicing. It’s as if Jesus was thinking of us when He said, “Every kingdom divided against itself is laid waste, and no city or house divided against itself will stand” (Matthew 12:25).

At the 2004 Athens Summer Games, American air-rifle shooter Matt Emmons entered the final leg of what’s called the “three-position event” with a commanding lead. In the event, participants shoot from their stomachs, knees, and feet at a target fifty meters away. Going into the last of the three positions, Emmons needed only an average shot to take the gold. He lined up and nailed the target. Boom!

Only one problem. It was the wrong target!

Emmons nailed it, but he hit the target in one lane over. This “cross-fire” gave Emmons a score of zero, and he dropped from first place to eighth.

Emmons’s story is gripping and heartbreaking because we know Olympic athletes dedicate so much to their skill. And because of the four-year Games schedule, they sometimes get only one opportunity to compete. For Emmons to work so hard, and up to the final event so successfully, and then to hit the wrong target must have been a frustrating blow.

We’re seeking the target of identity, belonging, and community, but by breaking into tribes, we miss the very heart of the gift the Lord has for us in community.

Christ Wants You in His Community

That His creation would experience unity was important to Jesus. So much so that when Jesus prayed while He was on earth, He prayed for us to have unity, belonging, and community. In John 17, right before He is arrested and is facing crucifixion, read what Jesus prayed:

This is the prayer of our Lord Jesus for us. It is heartbreaking, then, that loneliness, isolation, division, and divisiveness reign among us.

Yet I have great hope, and this is a book of hope because it reminds us where to turn.

A Culture Looking for Identity

John 6 details a difficult moment, a turning point, early in the ministry of Jesus. He had just shared a difficult teaching, and many of those who had followed Jesus followed Him no longer. Jesus asks the Twelve if they also want to leave. Check out Peter’s response:

[Jesus said,] “Do you want to go away as well?” Simon Peter answered Him, “Lord, to whom shall we go? You have the words of eternal life, and we have believed, and have come to know, that You are the Holy One of God.” (John 6:67–69)

I have great hope because I believe that what our culture is longing for—identity, belonging, and community—can indeed be found. I wrote this book because there is a beautiful intersection between our human need for connection and community and God’s vision for His people and His Church. God created us to be in community; with His Church, He established a place for us to find it.

Want to see how Christ creates this community and calls all His people to be       part of it?