Are You in the Wilderness This Christmas? 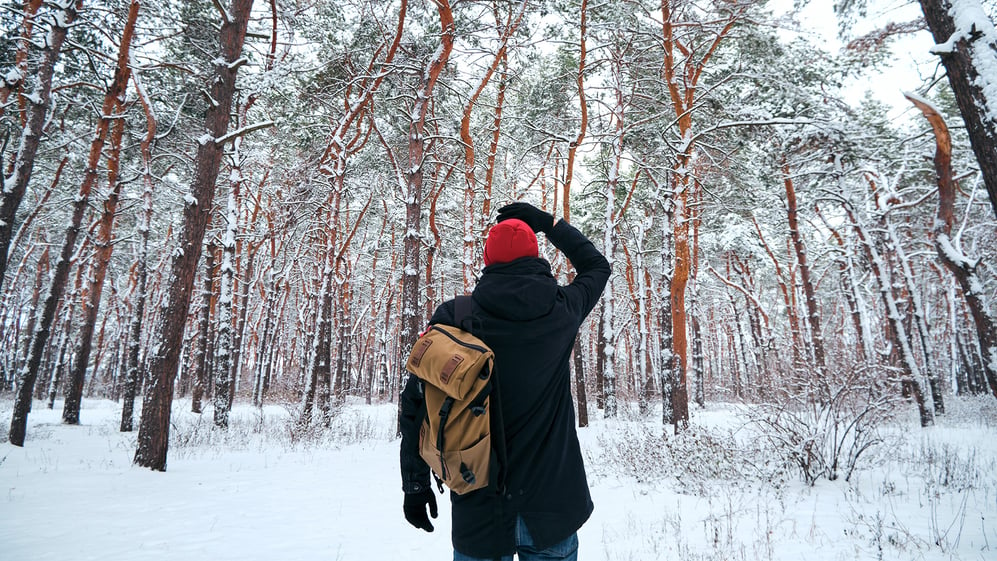 You may ask, what is the “wilderness”? A wilderness is usually an experience that follows a season of highs. When Jesus was baptized (which was more accurately a coronation), He took His rightful place as the final and greatest king of Israel.

But as soon as the event was over, He was immediately thrown into a wilderness experience where He fasted for forty days while being tempted by Satan. (See Mark 1:9–13.) Wilderness experiences usually happen when you are at the end of your spiritual rope. They are times of seeking God’s will and direction for your life.

It is those wilderness times where we experience God. For a deeper dive at this, let’s review the life of Elijah.

Elijah was a prophet of God in a dark time in Israel’s history. King Ahab had abandoned the ways of Yahweh and turned to worship Baal. Elijah was sent to lead God’s people back. Elijah faced struggles, and God delivered a stunning victory that would lead Elijah to his wilderness wanderings:

After Elijah defeated Ahab and Jezebel’s false prophets on Mount Carmel, Jezebel vowed to have Elijah killed within a day. Then,

Then he was afraid, and he arose and ran for his life and came to Beersheba, which belongs to Judah, and left his servant there. But he himself went a day’s journey into the wilderness and came and sat down under a broom tree. And he asked that he might die, saying, “It is enough; now, O LORD, take away my life, for I am no better than my fathers.” And he lay down and slept under a broom tree. And behold, an angel touched him and said to him, “Arise and eat.” (1 Kings 19:3–5)

Elijah, after this amazing victory performed by God, then ran a hundred miles to get away from the evil queen.

You may have a high tolerance for pain, but at some point, you will reach your breaking point. When you get there, one thing can push you over the edge. My mother used to say, “You are jumping on my last nerve.” For Elijah, going through that threat from Jezebel was the last straw. God sent him into his wilderness wanderings.

Your Mindset in the Wilderness

Elijah was exhausted. Have you been there? Can you relate? You are more than just tired; you are physically, emotionally, and spiritually depleted. As you get to this point, you just want to jump into a hole and pull the world in after you. The thing about the wilderness is that this season can last a long time. Although the valley is hard, the wilderness wanderings can go on for a while.

How Do You Recover?

If you find yourself in the wilderness this Christmas, do not try to power through it. You need to power down and allow God to reboot you. You need physical rest and spiritual replenishment.

And behold, an angel touched him [Elijah] and said to him, “Arise and eat.” And he looked, and behold, there was at his head a cake baked on hot stones and a jar of water. And he ate and drank and lay down again. And the angel of the LORD came again a second time and touched him and said, “Arise and eat, for the journey is too great for you.” And he arose and ate and drank, and went in the strength of that food forty days and forty nights to Horeb, the mount of God. There he came to a cave and lodged in it. And behold, the word of the LORD came to him, and he said to him, “What are you doing here, Elijah?” He said, “I have been very jealous for the LORD, the God of hosts. For the people of Israel have forsaken your covenant, thrown down your altars, and killed your prophets with the sword, and I, even I only, am left, and they seek my life, to take it away.” (1 Kings 19:5b–10)

Once God restored Elijah’s physical strength, He sent him to Mount Horeb to connect with him.

The reason God whispered to Elijah was to remind him—and us—that He is near. God is never far from us. Satan yells lies; God whispers truth. The world screams; God gently reminds us of His divine presence. This Christmas, as the world yells the trappings of the holiday, go to Bethlehem to the quietness of the manger and hear the voice of God in the silence of that special night of the Savior’s birth. Quiet your mind from the busyness of Christmas. Use devotional downloads to return to Him as you take a minute to sit back, color, and reflect on His birth.

As you think about Advent and Christmas, color the bookmarks, postcards, encouragement cards, and coloring page to settle into devotional time with Christ.