How 6 Popular Lutheran Service Book Hymn Tunes Got Their Names 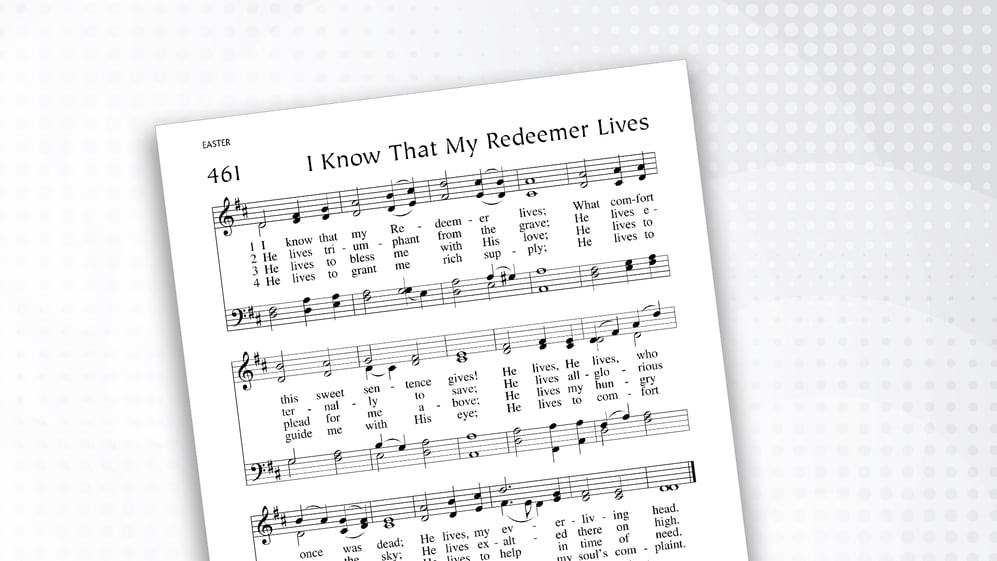 Think about your favorite hymn in Lutheran Service Book. If you have a hymnal handy, take a minute to look it up. In the bottom right corner of the page, there’s probably a name listed in all capital letters—this is the hymn tune. Some are simple, like CAROL or GREENSLEEVES. Others are phrases, often in Latin or German.

Have you ever wondered how a hymn tune gets its name? If so, you’re in good company! The origin of hymn tunes and their names is rather fascinating. Some tune names get changed over the years, some are named after people or places, and still others have entirely unknown backgrounds. Here’s a handful of well-known hymn tunes and how they got their names.

Credit for the tune DUKE STREET is given to composer John Hatton. Legend has it that he lived on Duke Street in St. Helen’s, Lancaster, England and that this is where the tune originated. Although the tune is attributed to Hatton, its first print appearance was in Euphonia, William Dixon’s book that was published in Liverpool, England, between 1805 and 1808. Additionally, Duke Street is a famous street in Liverpool, so it’s possible the tune name comes from Liverpool instead of Lancaster.

Despite the mystery surrounding its origins, DUKE STREET remains a fundamentally important tune for Lutheran hymnody.

This hymn tune was composed by Thomas J. Williams during the 19th century. Its name hails from Ebenezer Chapel, located in Rhos, a village in southern Wales. The composer attended church at Ebenezer Chapel.

The original tune was composed by Henry Lawes in the seventeenth century. In 1810, a country house was built near Swallowfield in Berkshire, England, and named “Farley Castle.” Connection, if any exists, between the manor home and the hymn tune FARLEY CASTLE is unclear.

Forest Green is the name of a village in Surrey, England, near Ockley. In 1903, the arranger, Ralph Vaughan Williams, transcribed the tune from a singer in Forest Green and named it after the village. FOREST GREEN is considered a folk song and was first published in 1906 in both The English Hymnal with Tunes and the Journal of the Folk-Song Society.

According to Robert Guy McCutchan, the tune RATHBUN was “named after Mrs. Beriah S. Rathbun, leading soprano of the choir of the Central Baptist Church, Norwich, Connecticut.” It was “named by its composer (Ithamar Conkey), who was organist and choir director of that church when he wrote the tune.”

During the nineteenth century, composer Arthur Sullivan often boarded with Gertrude Clay-Ker-Seymer and her family in Dorsetshire, England. The Lutheran Service Book: Companion to the Hymns records the following about ST. GERTRUDE:

Mrs. Clay-Ker-Seymer wrote in a letter dated August 13, 1901, and quoted in the July 1, 1902, issue of The Musical Times p. 477: “I can tell you that I believe the tune was written at Hanford, my home in Dorsetshire, while Sir Arthur was staying there, but it is so long ago I cannot be quite sure; what I do remember, however, is that we sang it in the private chapel attached to the house, Sir Arthur playing the harmonium, and having taught us the tune, as we had not the music. Therefore it was certainly not published then, but I think we may assume that it was written there.”

Allison Lewis is a marketing content specialist at Concordia Publishing House. She is a native St. Louisan, a proud Mizzou J-School graduate, and a huge fan of Blues hockey and Cardinals baseball. Outside of work, Allison enjoys traveling, working out, book club, trying new recipes, and spending time with family and friends.