What Makes Christianity Different (And Why it Matters)

Christianity, a religion that begins and ends with the person and work of Jesus Christ, is the only religion of the world to regard man’s eternal salvation as a pure gift of God, without any human merit, work, or worthiness.

As Christians, we believe there is one, true, and living God who made the world and made Himself known to the world. We reject any naturalistic or evolutionary approaches to religion that view religion as a product of man’s imagination. For Christians, a study of religion is the study of the true God who has revealed Himself to men as man.

We are convinced by the testimony of the Bible and the historical claims made in Scripture that the true God exists and desires that all people know Him rightly and worship Him as the only true God. To know God is life and to be without Him is eternal death.

Christianity is grounded in history.

Because Christianity is a historical faith, grounded in human history, Christians are not concerned with the inner psyche of man as a source of truth or with studying how he came to be religious, as if the imagination of men satisfactorily answers questions of man’s origin and his purpose in the world.

We believe that God has revealed Himself in history and made known His will for mankind. Once religion gets out of the imagination and into reality, one can test the claims of Christianity against reason and history. Hence, Christianity sees itself grounded in real history and not in pious opinion or myth.

Christianity isn’t about you.

For any who are new to Christianity, who are looking to see how Christianity is different from other world religions, they should see here that Christianity is about Christ who loved us and saved us, without any merit or worthiness in us, without any work that we have done, without any preparation on our part. St. Paul writes, “Though He was rich, yet for your sake He became poor, so that you by His poverty might become rich” (2 Corinthians 8:9).

Christianity is an uneven exchange.

Christianity is about a marvelous and happy exchange, wherein Christ takes our poverty, sin, weakness, foolishness, and sorrow and gives us His riches, righteousness, power, wisdom, and joy. The Christian faith is unlike any other religion. Every other religion says, “Work; pray; do this; do that.” But Jesus says, “Come to Me, all who labor and are heavy laden, and I will give you rest. Take My yoke upon you, and learn from Me, for I am gentle and lowly in heart, and you will find rest for your souls. For My yoke is easy, and My burden is light” (Matthew 11:28–30).

This post is based off the forthcoming book The Christian Difference: An Explanation and Comparison of World Religions. Read the first chapter for free here.

Creating a Habit of Time in God’s Word

Building habits can be difficult. Spending time in God's Word can also be a challenge. Use Minute Messages by Matt Richard to build... 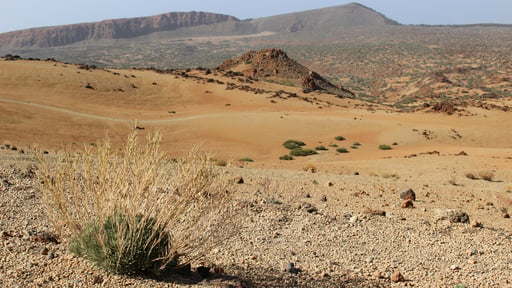 Listening to the Lord in the Wilderness

The Lord spoke to his people in the wilderness in ancient times, and He still speaks to us today. How do you listen to God in seasons of...