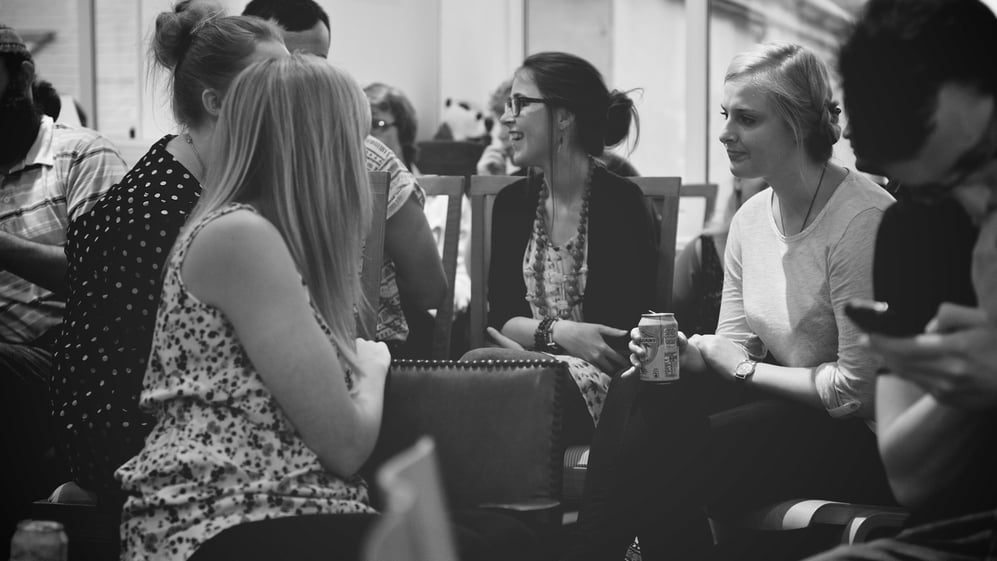 We live in a culture that is apathetic toward religion. In America, most people at least know of Jesus, but many don’t identify as being a Christian.

I’m sure most of us can think of a handful of people in our circle of influence that identify as atheist, agnostic, or maybe even nothing at all—co-workers, neighbors, family members, teammates, friends.

We know people like Sam, a fictional character I made up for the purpose of this post. *cue fictional disclaimer from any crime show*

Sam grew up in a conservative Christian household but drifted away from the church in college for any number of reasons. He has some big issues with Christianity in general:

Sam is a smart guy who knows a lot about Christianity—yet he chooses not to believe it. He might say things like “God is just how humanity explains things we don’t understand” or “We can’t have definitive proof that God exists.”

He doesn’t begrudge you for being a Christian; his policy is that everyone can believe what they want and it’s not his place to tell them what to think.

Talking to friends like Sam can push you to think deeper about your own faith—but it can be hard to understand why people fall away from the faith or choose not to believe in God, especially if you grew up and have remained in the church. There are a variety of reasons people abandon or choose not to adopt Christianity, and the best way to find out is to talk openly with your friends, without judgment.

Here are a few common reasons, though, that people tend to say is the main reason they fell away from the faith—and also a few ideas to start conversations with them.

Research shows time and again the significant and important role that parents play in religious identity—particularly fathers. Homes in which only one parent participates in religion, or where it is not strongly reinforced, are a strong factor in a child’s eventual decline into nonbelief.

Going to college has been shown to play a large factor in the rejection of religious beliefs. Being challenged with new ideas and concepts that contradict religious beliefs factors into deconversion.

The experience of encountering people from other cultures and religious beliefs also contributes to deconversion. Often, these experiences are also linked to college. Meeting people who think and act differently can be challenging to a person’s long-held convictions.

The loss of belief is tied to the experience of pain or death in life. Unanswered prayers and the typical “Why?” questions surrounding the experience of suffering and pain lead some to reject their religious upbringing.

Relationships, whether work-based, romantic, or other, with people who are not of the same religion or who are not religious have also played a significant role in deconversion.

Embracing progressive political ideology and being turned off by religious right-wing political parties contributes to the rejection of religion. Research also indicates that the more religious people are, the more likely they will be right wing in their political beliefs. Therefore, someone who tends toward progressive political ideals finds religious right-wing groups and institutions stifling to their beliefs, which results in walking away from that belief system.

Many non-Christians who grew up in Protestant and Catholic households were ingrained with a deep fear of Satan and hell. As they grew up, this fear became so overwhelming that they began to resent this aspect of Christianity, which led them to question their beliefs. The intensity of the fear also can lead to the need to escape such a feeling, which results in deconversion.

Encountering religious friends, colleagues, or acquaintances who act in ways that are counter to their religious beliefs generates much unease and doubt, which contributes to the loss of faith. Clergymen who act immorally play a large role in regard to the rejection of religion as well.

When it comes to those who maintain a skeptical position toward the Christian faith, we do well to remember Paul’s words from 2 Corinthians 4:4.

In their case the god of this world has blinded the minds of the unbelievers, to keep them from seeing the light of the gospel of the glory of Christ, who is the image of God.

Yet, many of them view believers as the ones held captive and see themselves as the ones who are free—free to think for themselves. But we know that human reason is thoroughly corrupted by sin. No amount of self-diagnosis will help us see the true depths of our corruption. We can see the imperfections within us, but the Law imprinted on our hearts is not enough to condemn us. It takes an outside source to point out to all of us that we are corrupt to our core.

So, what can we do? For starters, we can gently and lovingly speak the truth of God’s Law into their lives. After the groundwork of the Law has been laid and has done its thing, then the Gospel needs to be proclaimed in all its fullness.

In our calling to be lights to the darkened world of the skeptics, it is important that we recall the words of Luther, who states that it is not by our own strength or reason that we come to Jesus or believe in Him. While we indeed want to see the fruit of faith blossom and grow in the lives of the skeptics we encounter, we need to realize that it is a faith born of the Spirit, not by our strength, nor by the reasoning of the skeptic. Our humble and faithful task is to be diligent in our witnessing efforts, knowing that, in the end, God “desires all people to be saved and to come to the knowledge of the truth” (1 Timothy 2:4).

Find even more practical tips on how to share your faith in everyday life, check out these resources.

Being a good witness doesn’t require your life being perfect, nor does it require a vast knowledge of Christianity. The Spirit will work through you to plant the seeds of Christ’s love in the person’s heart. 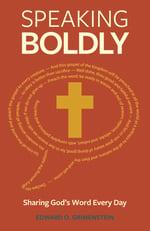 As Christians, we're called to speak God's Word to one another with the help of the Holy Spirit. But we often feel we could be more confident in sharing God's Word with the people in our lives. Discover ways to feel more comfortable, confident, and relaxed in speaking the truth found in God's Word to other people.

The Reason I Believe: The Basics of Christian Apologetics 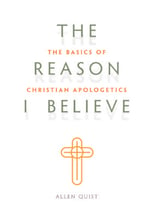 Allen Quist returns to a basic fact-based defense of Christianity. In doing so, he offers a wealth of compelling evidence for the truthfulness of Christianity, including the existence of God, the reliability of Scripture, and the death and resurrection of Jesus Christ.